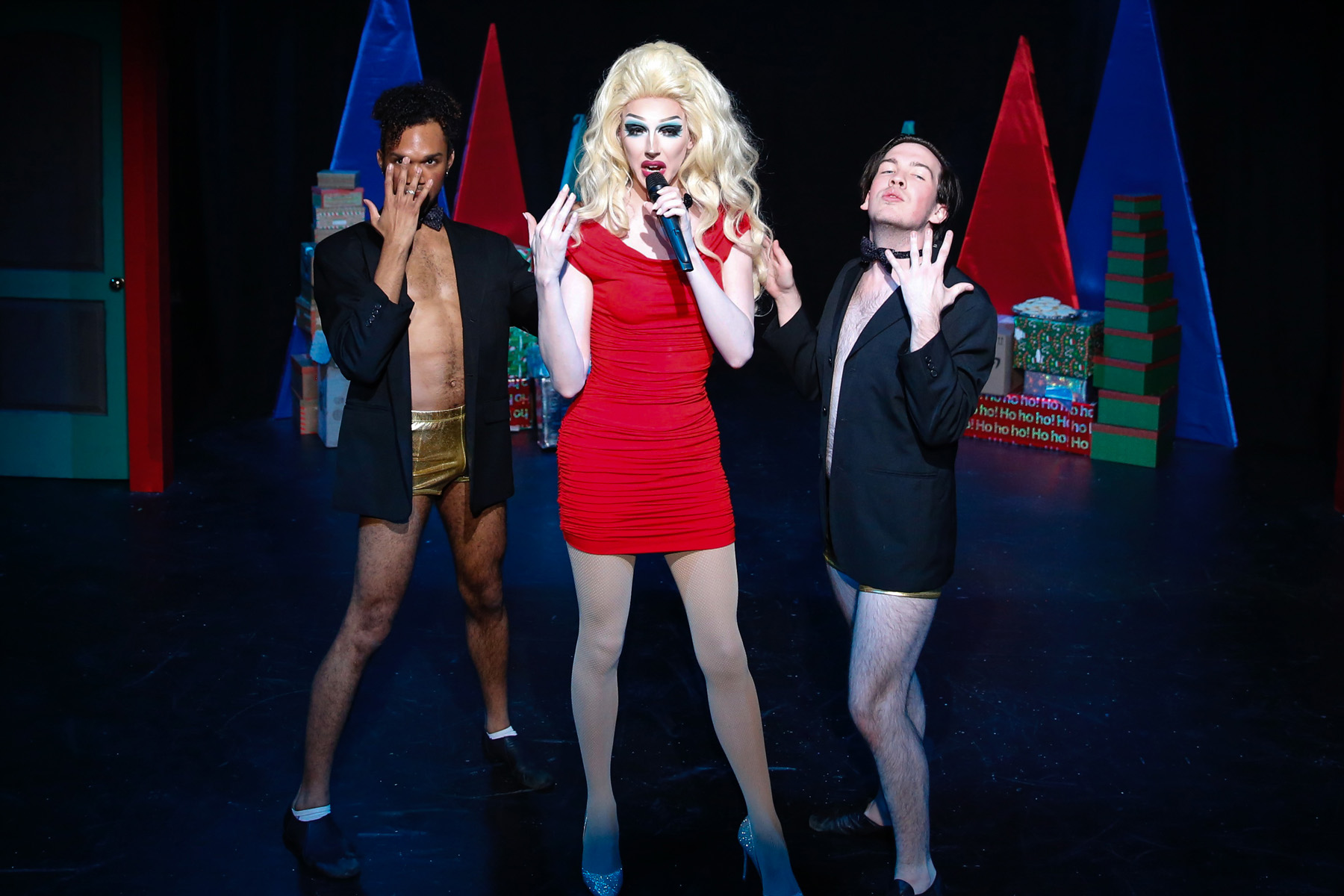 “Barney the Elf,” at The Greenhouse Theater Center and produced by Other Theatre, is in its third revival this holiday season. It’s raunchy and “irreverent” as well as a clear satire of the 2003 film “Elf,” joyfully infused with queer culture and a lot of singing and dancing.

On the night I went it was undeniable that this small but cheerful cast was having a good time and their joy was infectious. Though the ensemble is not comprised of the strongest singers, what they lack in power they make up for in enthusiasm. There are standout performances by Dixie Lynn Cartwright as Zooey and Maggie Cain as Mrs. Claus, both of whom light up the stage with their presence. “Barney the Elf” is aimed at a specific audience: a specific subset of the queer community. It’s not for everyone, nor should it be. They make the aesthetic very clear from go: this is a space for cheek, not a space for seriousness.

But even with their intentions clear there were moments that I wondered about, given the current political climate. I wondered about songs that were made iconic by brilliant black artists being performed by white actors, when the conversation surrounding appropriation is more visible than it’s ever been. I wondered whether the creatives who built the show thought twice before they put a “joke” about the Jewish community at the very first moment, in light of the fact that this year has seen actual Nazis marching in the streets. I wondered about the instinct to make jokes about The Weinstein Effect. I wondered why they felt it was okay to make Santa Jr.’s clear sexual harassment of Zooey a “bit” when such a thing has never been funny.

I understand and appreciate that there should be spaces in which storytellers and artists let loose. But there is a difference between irreverence and thoughtlessness, a distinction between satire and appropriation. Now is the time to re-examine the stories we are telling, with an understanding that those stories contribute to the world we want to live in. Even when creating the silliest little Christmas show, artists have power and it’s up to them to decide how they want to use it. And the team behind this year’s “Barney the Elf” is no exception. (Emma Couling)