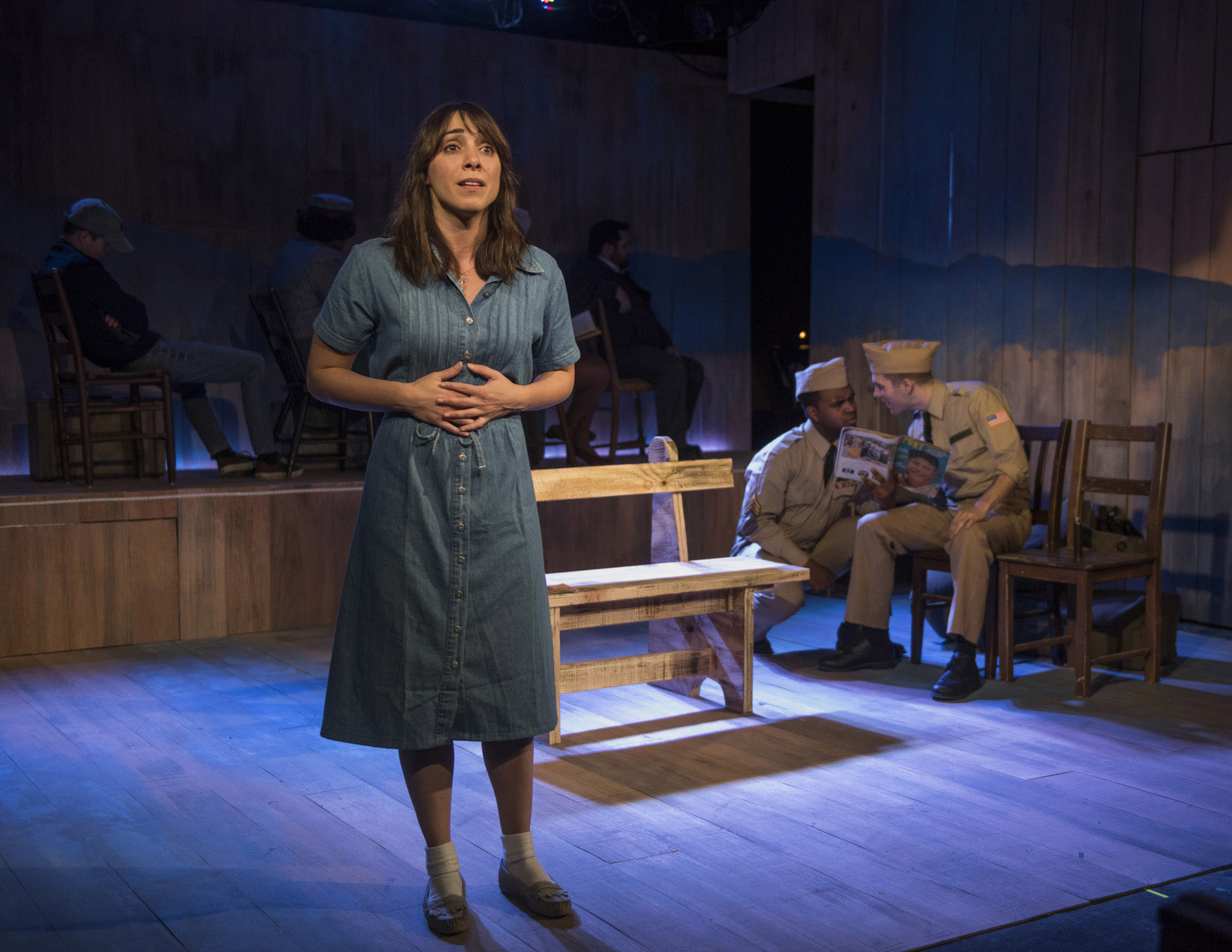 Violet Karl (Nicole Laurenzi) sits at the bus stop, ticket in her pocket, suitcase at her side, her life passing in front of her eyes—sadness, joy, bitterness, anticipation. She’s been through hard times, but like any good American, her faith in her future, the progeny of Hollywood and backwater Bible-thumping, is unwavering.

And because she’s a plucky orphan who hasn’t lost her sense of wonder and because Laurenzi’s eyes sing as expressively as her mouth, you, like everyone else Violet meets, can’t help but fall for the young woman traveling from Spruce Pine, North Carolina to Tulsa, Oklahoma by Greyhound in 1964 to have a disfiguring facial scar mended by a television preacher. Brian Crawley’s book, with music by Jeanine Tesori, is a bildungsroman of the best sort, packed with moral lessons on race, beauty and self-acceptance, if you care for them. Like the deceptively simple wooden set designed by Lauren Nigri, it is captivating in the way it unfolds.

Though Violet meets a few women on her journey (every one a saint or a whore), the play is structured around her relationships to men, starting with her father (a slightly creepy Matt W. Miles). A widower who sees his beloved dead wife in his daughter, he’s also the hand behind Violet’s tragedy when the blade of his axe comes loose as she’s playing near the woodshed. It’s no wonder that when Violet meets a pair of soldiers on the bus, one black, one white, she doesn’t know whether she’d rather be with earnest Flick (Stephen Allen) or shallow Monty (Will Lidke) or just beat them both at poker.

The strengths of “Violet” are manifold: every character has a backstory and a heart and the ensemble works to make them live sincerely. The singing is strong; in the case of the magnificent LaShera Zenise Moore as the gospel singer Lula, heart-stopping. Loose ends, like what’s written in Violet’s dead mother’s diary, don’t really matter. What this play does best is get at the insecurity and optimism that flutters briskly in each of us. (Irene Hsiao)