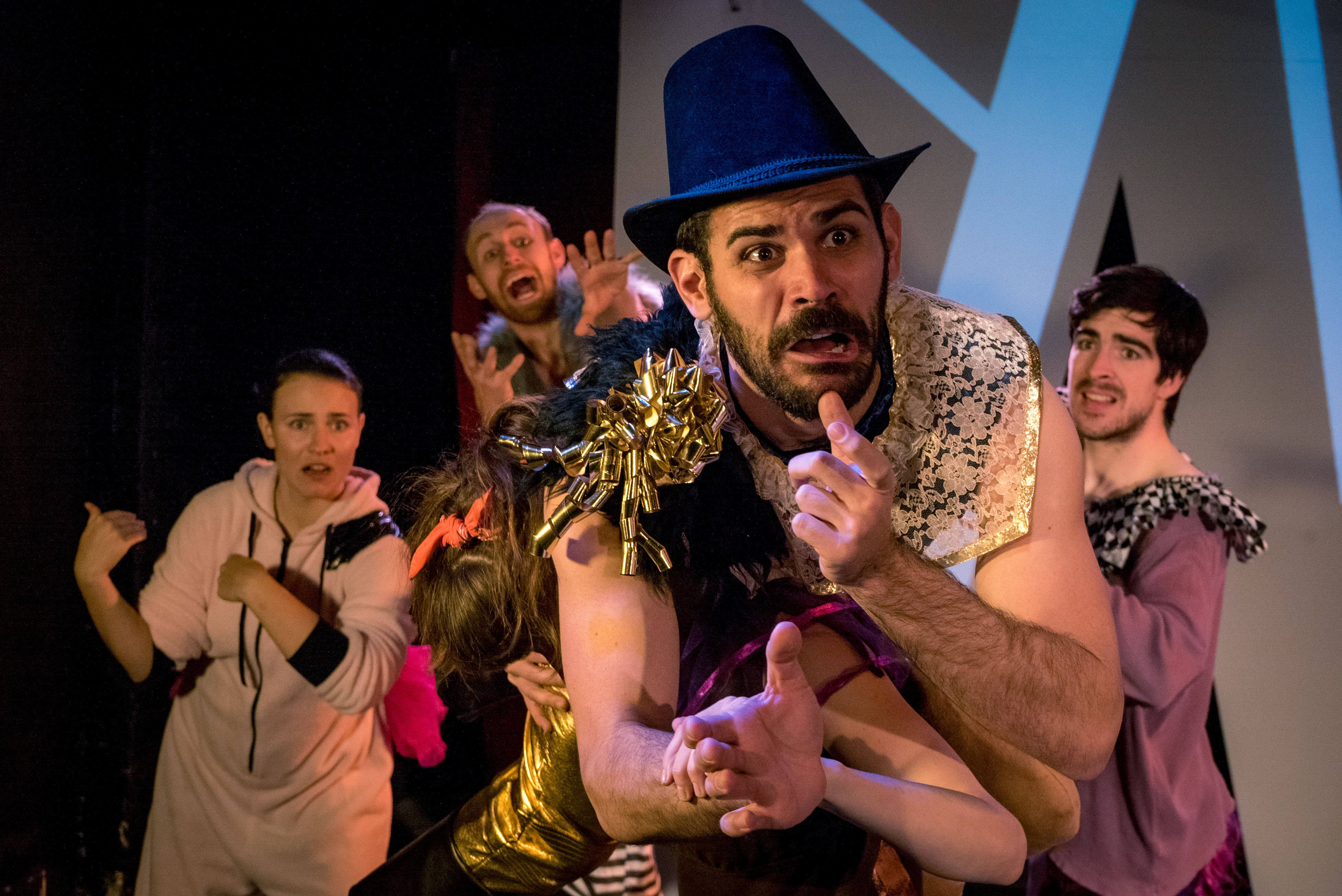 Deep in the forest lived a woodsman. Also an old woman and her granddaughter. Also a baker and his wife, a band of soldiers, some poets and disembodied voices and a ragtag gaggle of mutants. “Anything can happen in the woods,” wrote a certain lyricist in a certain fairytale mashup. So why can’t Cyrano de Bergerac meet Little Red Riding Hood in a sad romance told in American Sign Language by clowns and d/Deaf actors with occasional acoustic accompaniment? The answer is, of course he can—in Red Theater Chicago’s wonderful production of Aaron Sawyer’s “Little Red Cyrano.”

It’s best to ignore the backstory—something about bombs, chemicals, rebels, magic trees and other accouterments of your average contemporary dystopia. Instead, follow the shiny gold harem pants of handsome soldier Christian (Dave Honigman) as he stumbles into the realm of imperious Little Red (Dari Simone). Christian doesn’t talk as pretty as he looks and he doesn’t get signing either (“the first American language,” interjects one character, problematically) but he likes Red. Fortunately Cyrano (Benjamin Ponce) has a clue and in his hands and those of the other New Patriot soldiers, letters of the alphabet become billets doux in the legerdemain of poetry and pantomime, helping hapless Christian get from wow to woo in a few quick moves.

The B-plot centers on the Baker Raganeau (the expressive Michael J. Stark), whose disgruntled wife Lise (Christopher Paul Mueller) serves as his voice until she makes bank and jets for Paris. It turns out Raganeau speaks just as clearly without her but his induction into the lovelorn only increases the number of casualties in a play that yaws from frenzied merriment to the abyss of nihilism as its characters hunt for connection in a world that offers an excess of possibilities—music, speech, gestures, signs, writing—none of which manages to fulfill what it promises. It’s darkness lightly done by an ensemble that is as excellent as it is inclusive. (Irene Hsiao)