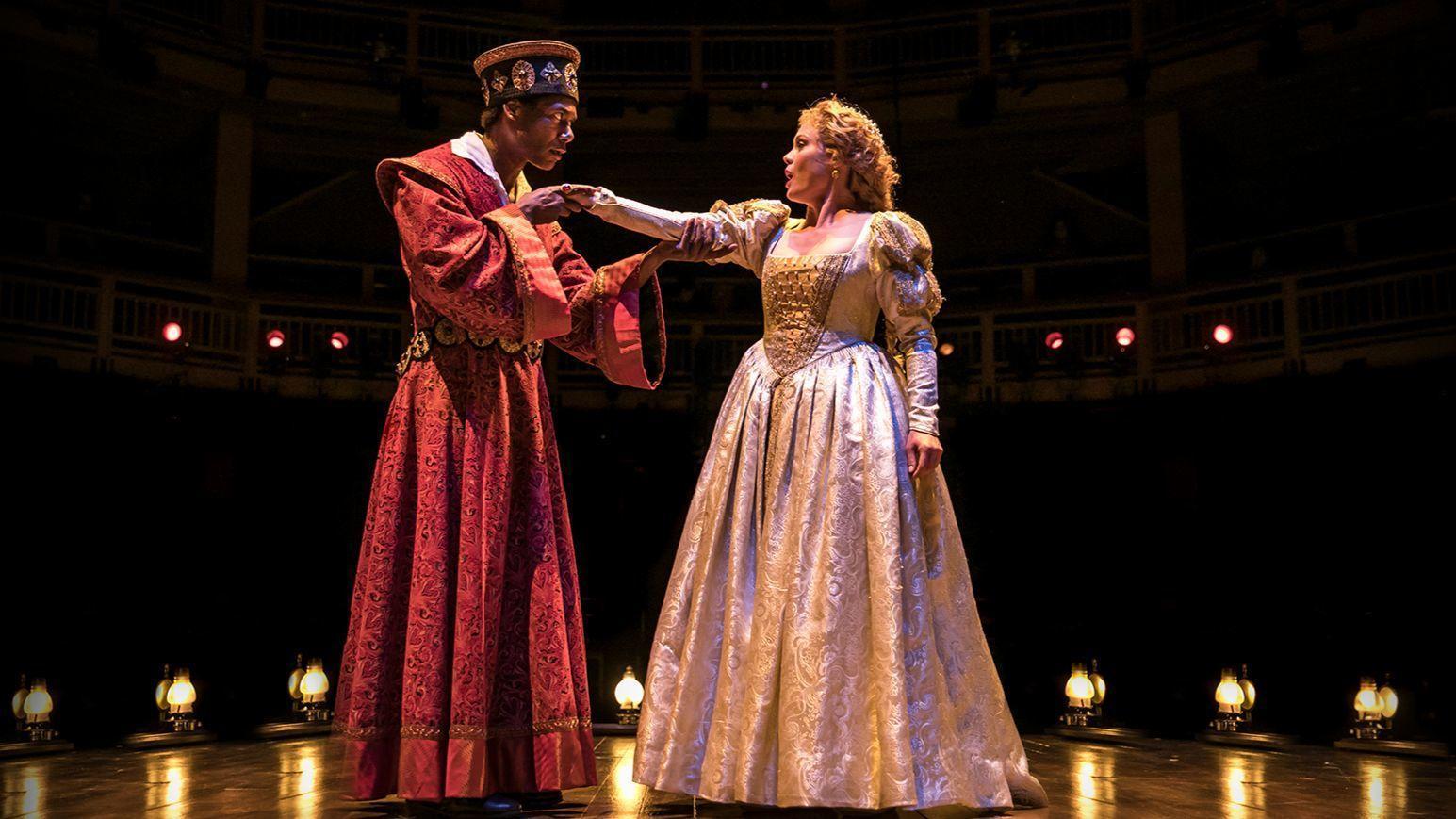 Well-acted, tastefully directed and handsomely designed, Chicago Shakespeare’s “Red Velvet” (which made its local debut last year at Raven Theatre) would seem to have all the makings of a theatrical success, but something goes wrong with the recipe. English playwright Lolita Chakrabarti adds a fatal dose of ambivalence to her 2012 biographical drama about pioneering nineteenth-century black actor Ira Aldridge and as a result we never get a grasp on the man or his accomplishment. A promising opening is neutralized by an equivocal second act and the evening ends with a very un-Shakespearean whimper.

Aldridge’s story is fascinating. A gifted and charismatic actor, the American-born Aldridge was the first black man to play the Moor of Venice on the London stage. He did so in 1833 as an emergency replacement for the great Edmund Kean, who had collapsed mid-show the previous night. The sight of Aldridge’s Othello laying first amorous, then murderous hands on the white Desdemona hit a nerve, in part because Parliament was at that moment debating the abolition of slavery in the British empire’s Caribbean colonies. The audience lavished ovations on the actor. But the critics—possibly bribed by the pro-slavery faction—were scandalized, sensing a radical agenda in Aldridge’s fiercely naturalistic performance. Their scathing and in some cases blatantly racist comments helped bring the curtain down on the run.

Aldridge never again played Covent Garden but he did have a long and illustrious career throughout the British Isles and the continent, especially in Eastern Europe, where his popularity helped make Shakespeare part of the culture. He became one of the highest-paid actors of his day and was granted a state funeral when he died in Poland in 1867.

The pulsing heart of the play is in the first act, when Aldridge (played with commanding brio and authority by Québécois actor Dion Johnstone) and his impresario friend Pierre LaPorte (Gregg Matthew Anderson) try to convince the other members of the Kean troupe not only to allow the black actor to take the stage but also to alter their stiff and stylized approach to Shakespeare. The crackling, viewer-challenging debate goes beyond racial issues to the question of theater’s relation to the larger world. “Theater is a political act,” insists a liberal actor. Rebuts another: “People come to the theater to get away from reality.” In a slyly self-mocking moment, a character protests the controversial casting choice by pointing toward the house’s plush eighty-dollar seats while commenting, “With this audience… they’re older and not so pliant.”

Director Gary Griffin elicits universally solid performances from his nine-person cast, with Tiffany Renee Johnson deserving particular praise as the Jamaican servant Connie, who knows exactly how far to trust these cultivated white artistes. “They see what they want to see,” she warns Aldridge. And what some of them see is a threat to their monopoly control over high culture: “We decimate ourselves by letting blacks play blacks,” says Charles Kean (Michael Hayden), Edmund’s son, who is proud of his pedigree and brooks no competition from upstarts of any hue, however talented.

The intensity of the artistic and political conflict is amplified by Scott Davis’ compact, in-the-round production design, with red velvet curtains descending during set changes from a heavy, old-fashioned proscenium arch suspended over the cockpit-like stage. Mara Blumenfeld’s costumes are splendid as always, especially the lustrous embroidered cloak worn by actress Ellen Tree, the company’s Desdemona, who is played with winning elegance by Chaon Cross.

Alas, all of this talent and effort cannot save the flaccid second act, in which narrative, thematic and character focus dissipates, culminating in a thudding anticlimax. Aldridge, the courageous, self-confident and dignified artist of most of the first act, fades into bilious irascibility in his middle age, as though he were still haunted by a few suspect bad notices from forty years earlier. From the proudly black Othello in Act one, Aldridge shifts to a grease-painted white Lear in Act II, an old and defeated victim. But of what? An overlong dialogue with theater manager Pierre suggests that the Othello fiasco is due not to bigotry but rather to Aldridge’s own hubris, an unwillingness to tone down his passion and presence to suit a snowflake white audience in need of a trigger warning.

In the end, Aldridge fades from view, blotted out by an intrusive framing story featuring a young and whiny Polish reporter (Annie Purcell, who also plays Aldridge’s first wife) seeking an interview with the aging actor. It feels as though author Chakrabarti—who is to be commended for retrieving Aldridge from the memory hole—never makes up her own mind about her protagonist. And no amount of stage magic can cover up that problem in any play. (Hugh Iglarsh)