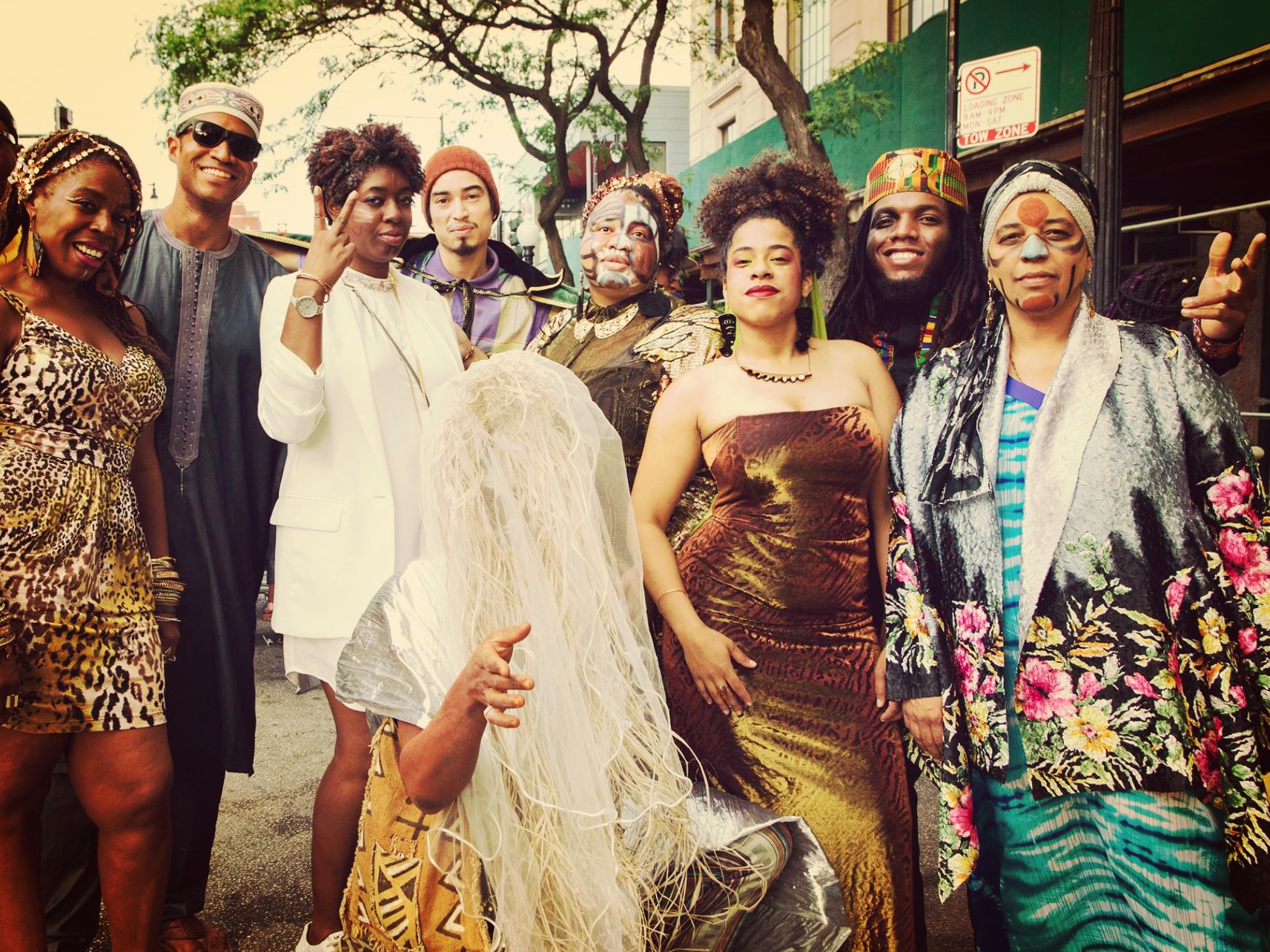 If the values of a culture are measured by the art it produces, there is no more finely tuned instrument to the purpose than dance and performance incubator Links Hall—and one need not look further than the Links Hall January performance calendar for a summation of our social and political moment. The spare, intimate, one-room venue, which shares a lobby and bar with jazz and experimental music presenter Constellation, was founded as a nonprofit artists’ cooperative dedicated to presenting forward-thinking performances and, as such, lets artists both emerging and established take the reins on much of the programming. The result this season has been a schedule bursting with urgent, socially conscious dance and performance art by those hungry to make change—to give voice to anger, to heal, to raise funds for those in need. January at Links is an intensive course in the complexity of our American identity. This slate of performances, centering around the perspectives of women—straight, queer, black—came together after a collective period of introspection.

“After the election a year ago, everyone went into deep freeze,” says Roell Schmidt, director of Links Hall. “Every artist I was in communication with—and a lot of artists had already booked studio space or were planning shows—were in tears, asking themselves if art still mattered, if they should be making art still or if there was something else they needed to be doing to contribute to society. During that period of deep introspection it ended up that Links’ schedule that spring was really light performance-wise.”

And then in late May a creative thaw took place. Hillary Aarons broke the tension with “Head On,” a curated performance including Dance Peace, a nonprofit working with Syrian refugees, and Mz Mr, a body- and queer-positive burlesque troupe, both of which bridged cultures in ways not imagined before. The show began with male and female audience members separated by a paper screen that allowed the women to view the young female dancers and the men to view only the male musicians, as per Syrian custom. By the end of the performance the screen had come down and audience members were invited to stay for the burlesque show if they wished or leave should they feel uncomfortable with nudity. The show was standing-room-only, proceeds went to Dance Peace and shortly thereafter, the floodgates opened.

“Artists started to come roaring back to life,” Schmidt says. “Every spare inch of available time slots were booked for this fall. It was phenomenal and audiences were here and people wanted to come together. There’s a heightened social consciousness that I think artists, at least the artists coming to Links, are experiencing really strongly and feel it necessary to be embedded in the work they’re showing or embedded in how they’re sharing the ticket sales.”

Links Hall has been a place where this mix of experimentation and idealism can find footing and potentially flourish. A sense of community and a creative petri dish for future project has grown from this mix of ongoing residency programs, creative exchanges with visiting artists, grant recipients and self-produced and co-produced emerging artists renting space, all coming and going through the same not-large room with the same set of expectations and mutual respect.

Take for instance “Lather. Rinse. Repeat|Fall. Climb. Release.,” showing January 5 and 6. The project grew out of solo performances by Keyierra Collins as part of the “jello” experimental series at Links, which gave Collins confidence and inspiration to produce and present her own work, along with the connections and resources to make it happen. Collins teamed up with fellow recent graduates of the Columbia College dance program, all black women interested in creating a dance performance about catharsis and its role in healing and growth.

Two weekends later comes “If Left Unchecked,” a partnership between Chicago Department of Cultural Affairs and Special Events grant recipients Paige Caldarella and Jessica King. “’If Left Unchecked’ is dealing with this sense of dismantling the idea of the poised versus the enraged, crazy woman,” says Schmidt. “How do women manifest anger in a culture that often finds ways to be very dismissive and erase women’s anger?”

The following day brings “MUSE” by Kristen Bernier, a multidisciplinary solo performance that takes a historical look at the idea of the muse and the problematic role it creates for women in the arts. Schmidt says the performance asks, “Who is the muse for the woman artist? Does it have to be herself? Does she have to play all the roles in the creation of art that traditionally women have done a lot to facilitate for men?

The month ends with the opening of the “Eclipse Festival” curated by Amina Ross, which kicks off on January 31, the night of the lunar eclipse. The term is explored figuratively as well as literally, celebrating the creative power of darkness and of those cast in shadow by more culturally visible figures. The festival includes performances, workshops and visual art presentations intended to give empowering, creative space to women, in particular to queer black women.

“What I love about Links and what I do is when artists are so on fire, it’s so exciting,” says Schmidt. “Every work of live art that comes to be is a sort of miracle. Everything that can go wrong will go wrong. The world isn’t really asking for dance or performance art or theater or social justice in artistic form. But artists are driven to create these things, which cost them personally, emotionally, psychologically, financially. There’s such an energy right now, in particular around ‘I need to be the change I want to see in the world.’ It’s a terrible time and simultaneously a beautiful time.”

For information and tickets about performances, visit linkshall.org.