11
Tracy Letts
Actor, playwright, Steppenwolf Theatre Company
After an eight-year writing hiatus, with the exception of his very Lettsian adaptation of Chekhov’s “Three Sisters” in 2012, Tracy Letts has been making up for lost time, writing three new plays (each premiering at his home company of Steppenwolf) in as many years. In the gap between “August: Osage County” and this prolific streak, Letts has blossomed as a film and television presence, appearing in Showtime’s “Homeland,” and the films “Indignation,” “The Lovers,” and most recently in Steven Spielberg’s “The Post” and Greta Gerwig’s “Lady Bird” alongside fellow Steppenwolf ensemble member Laurie Metcalf. With his role on “Divorce,” it seems Letts and partner Carrie Coon (“The Leftovers”) are out to corner the lucrative HBO market. Those who admire his gifts of language don’t care what he does, just as long as he keeps writing. 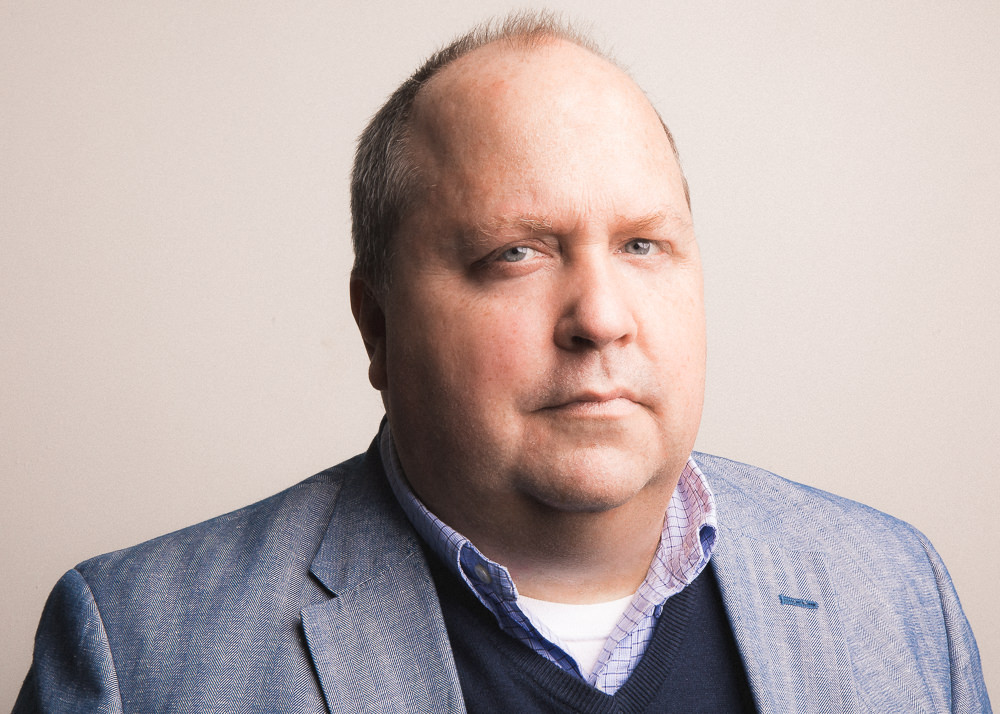 12
Nick Bowling
Associate artistic director, TimeLine Theatre Company
As the founding artistic director and current associate artistic director of TimeLine Theatre Company, Nick Bowling has demonstrated continued excellence in direction since the theater received the 2016 MacArthur Award for Creative & Effective Institutions as well as a Director – Musical Jeff Award nomination for “Man of La Mancha” at the Marriott Theatre. The work he has done with his home company in the past year has been startlingly original and innovative. Case in point, Peter Morgan’s play “The Audience,” in which Bowling created an intimate portrait of one of modern history’s most immediately recognizable figures: Queen Elizabeth II.

13
Carrie Hanson
Choreographer, artistic director, The Seldoms
Carrie Hanson’s work never been more important. Hanson and her company The Seldoms charge headlong into the most uncomfortable topics at the center of our cultural conversation—capitalism, environmental devastation and, over the course of three shows in as many years, power itself—with a studious approach to dance theater that moves the mind by stirring the senses. Her most recent hour-long triptych, entitled “The Working,” created—as usual—in collaboration with a cadre of brilliant local visual and sound artists, turns a gentle eye to unseen populations, and the power of those thought powerless that resides in the breath and blood.

14
Kimberly Senior
Director
Since receiving the 2016 Special Jeff Award for the Non-Equity Wing, Kimberly Senior is as successful and productive as ever, traveling from coast-to-coast to direct productions. In 2016, Senior directed the workshop production of “Support Group for Men” for Goodman Theatre’s New Stages festival, which will receive a full-scale, mainstage production at the Goodman this summer. She also took on “The Gospel According to Thomas Jefferson, Charles Dickens and Count Leo Tolstoy: Discord” at Northlight Theatre, which she later accompanied to the Cherry Lane Theatre in New York City. Future projects look equally promising: Sam Shepard’s Pulitzer Prize-winning “Buried Child” at Writers Theatre and the world premiere of “Sheltered” at Alliance Theatre in Atlanta. 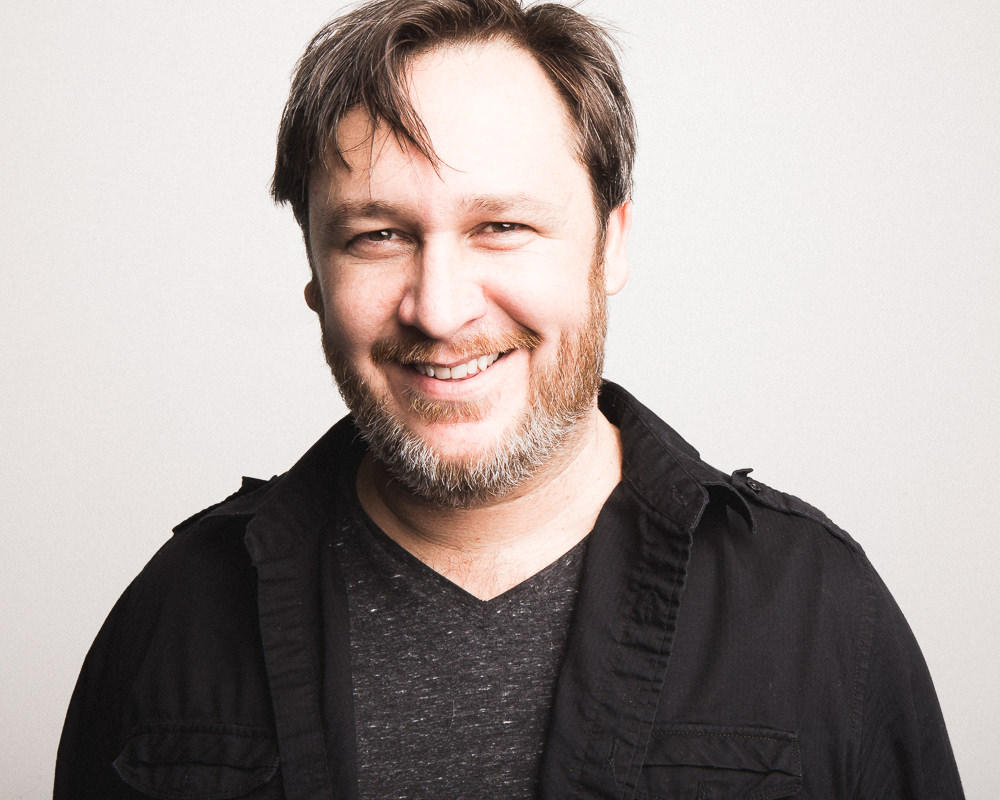 15
Anthony Moseley
Artistic director, Collaboraction
A ceaselessly evolving and boundlessly energetic company, Collaboraction’s recent output has included a free-to-the-public, multidisciplinary citywide festival (“Peacebook”) as well as a variety of devised ensemble-based projects (“Connected,” “Gender Breakdown”). Whether behind-the-scenes or in the mix, Collaboraction’s artistic director Anthony Moseley has kept busy. The company’s twenty-second season, with its theme of Racial Healing in Chicago, keeps up the  brisk pace. This month sees the launch of “Encounter,” which will take over all three of Collaboraction’s venues with full-length and short works as well as readings. “Blue Island in the Red Sea” will pick up later this year where the company’s “Crime Scene” series left off, with devised pieces touring the city. In recognition of the internet’s ability to reach more people than in-person live events, Collaboraction is also working on The Hive, an online portal to “provide the general public with access to content creation and sharing.”

16
Jonathan Berry
Director, artistic producer, Steppenwolf Theatre Company
If his new role of artistic producer at Steppenwolf Theatre Company is any indication, Jonathan Berry’s gifts for coordinating groups of people are not limited to the stage. On stages small (“Earthquakes in London” at Steep Theatre) and large (the Steppenwolf for Young Adults production of “The Crucible” on that company’s mainstage), Berry is a visionary. His work with more modestly scaled ensembles has proved especially captivating particularly when his work puts him in contact with exciting acting talent such as Audrey Francis in “Kill Floor” at American Theater Company or Jon Michael Hill and Jessie Fisher in the devastating two-hander “Constellations” at Steppenwolf. This month, Berry returns to Steppenwolf’s mainstage for Clare Barron’s “You Got Older” with a roster of exciting talent including recent ensemble members Francis, Glenn Davis and Caroline Neff. 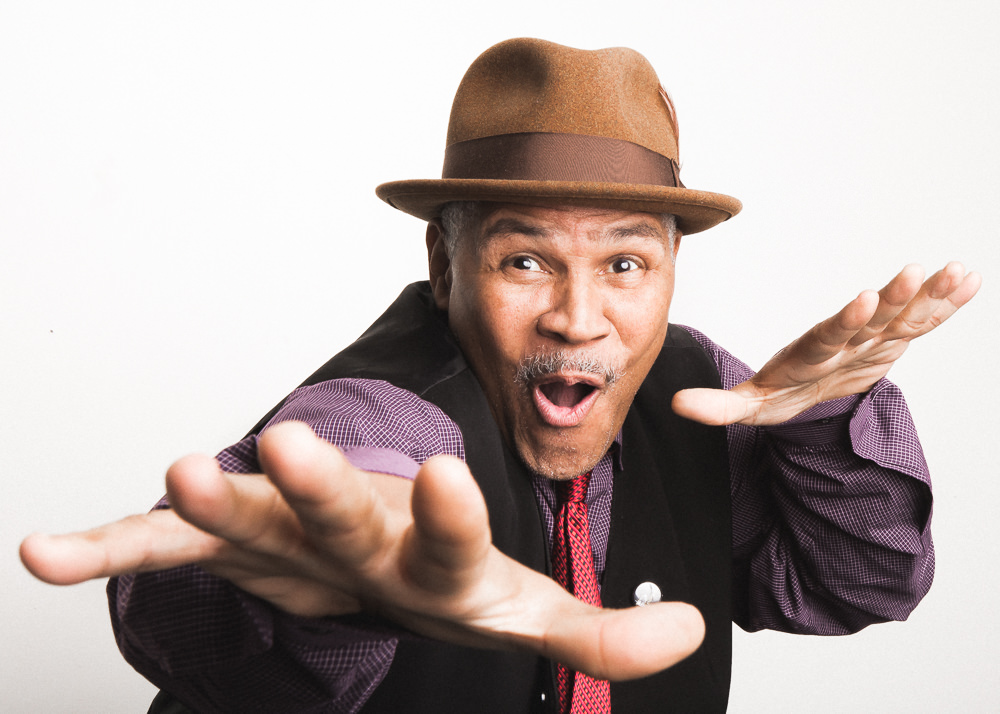 17
Ron OJ Parson
Director
A fixture at Court Theatre and TimeLine Theatre Company (where he is a company member), Ron OJ Parson is a director consistently behind some of the best productions each year. A six-month span in the 2016/17 season saw a trio of Parson-directed period pieces (“East Texas Hot Links,” “Blues for an Alabama Sky” and “Paradise Blue”), each as assured as they were revelatory. Parson’s collaborations are as shrewd as his direction: the forthcoming production of “Skeleton Crew” at Northlight Theatre will mark the third play by Dominique Morisseau that Parson has directed in as many years. In the spring, he will return to TimeLine to direct the world premiere of Brett Neveu’s “To Catch a Fish,” the first play developed through TimeLine’s Playwrights Collective. 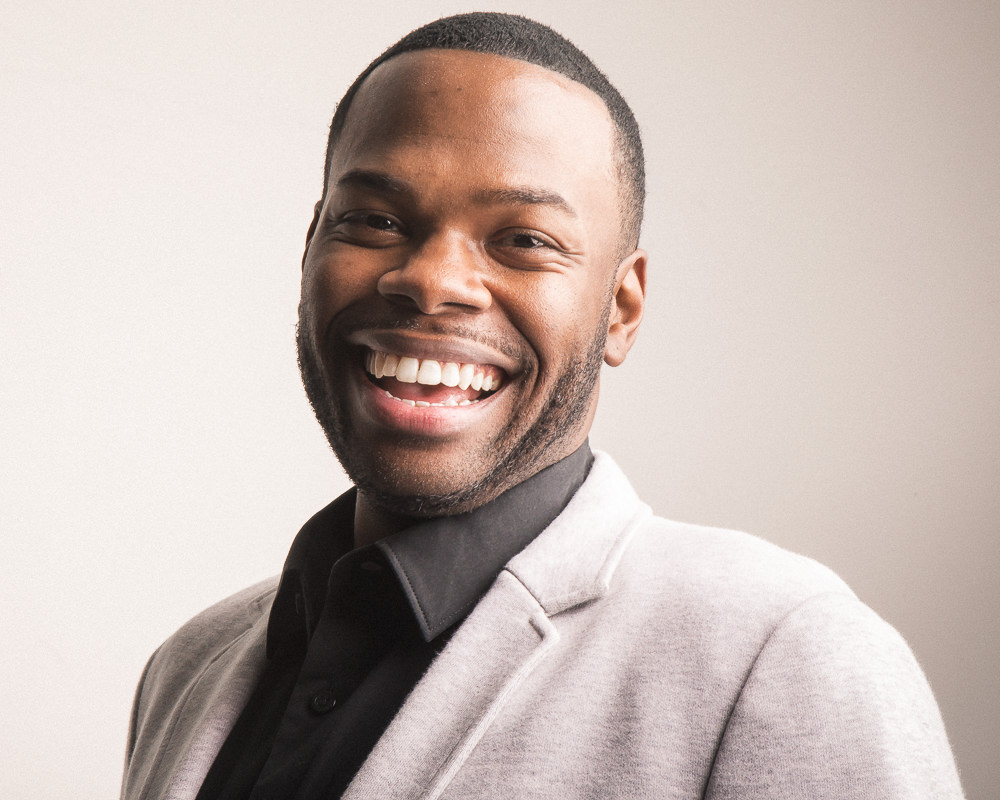 18
Tyrone Phillips
Artistic director, Definition Theatre
The tenaciously cheery Tyrone Phillips is the kind of guy who makes you believe in the power of mantras. Both hardworking and charismatic, the artistic director of Definition Theatre Company can be seen regularly on stages in and around Chicago. In the past year, Phillips also honed his directing chops in assistant -directing roles at Writers Theatre and Chicago Shakespeare Theater. Alongside equally hardworking managing director Neel McNeill, Tyrone’s tireless work ethic with Definition Theatre landed the company a spot in Victory Gardens’ Resident Theater Program. Their inaugural production at VG, “An Octoroon,” was directed by Chuck Smith and presented in association with the Goodman, so it’s safe to say Phillips has a few well-earned aces up his sleeve. 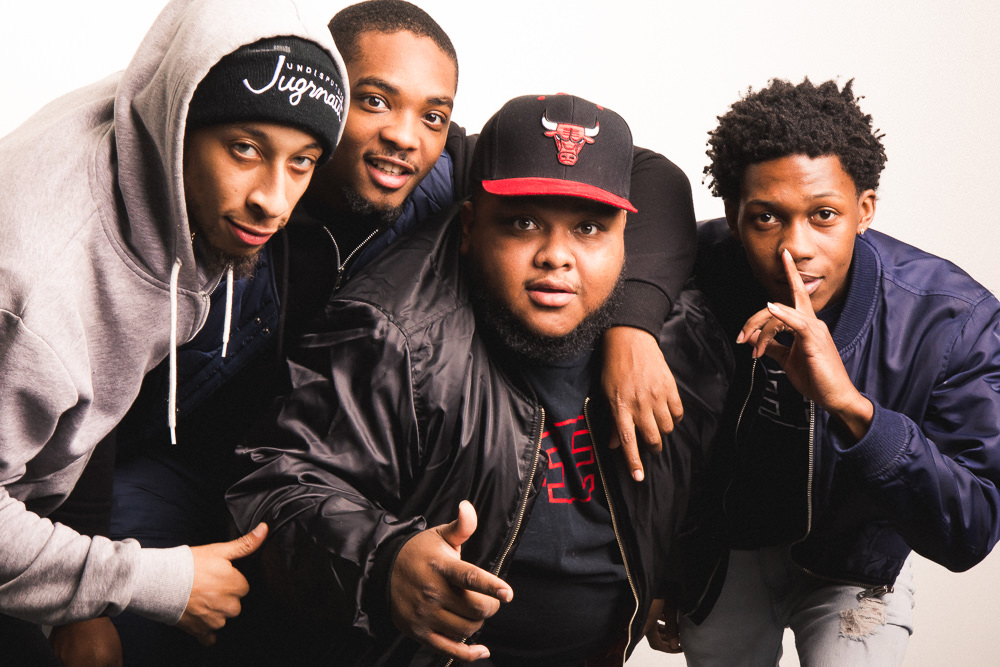 19
The Era Footwork Crew
Dancers, choreographers, DJs
The Chicago-grown genre of street-dance-style footwork, after a couple decades of near-dormancy, is in the midst of a renaissance, thanks in no small part to The Era. The five-member crew has kept busy producing videos, making a record, touring the United States and abroad to perform and teach, and blowing minds at just about every venue here at home, from parties to public schools to Pitchfork to Links Hall. The lightning-speed, eye-tricking Chicago art form is on the rise, and The Era are keeping it strong while bringing it to the next generation of street dancers. 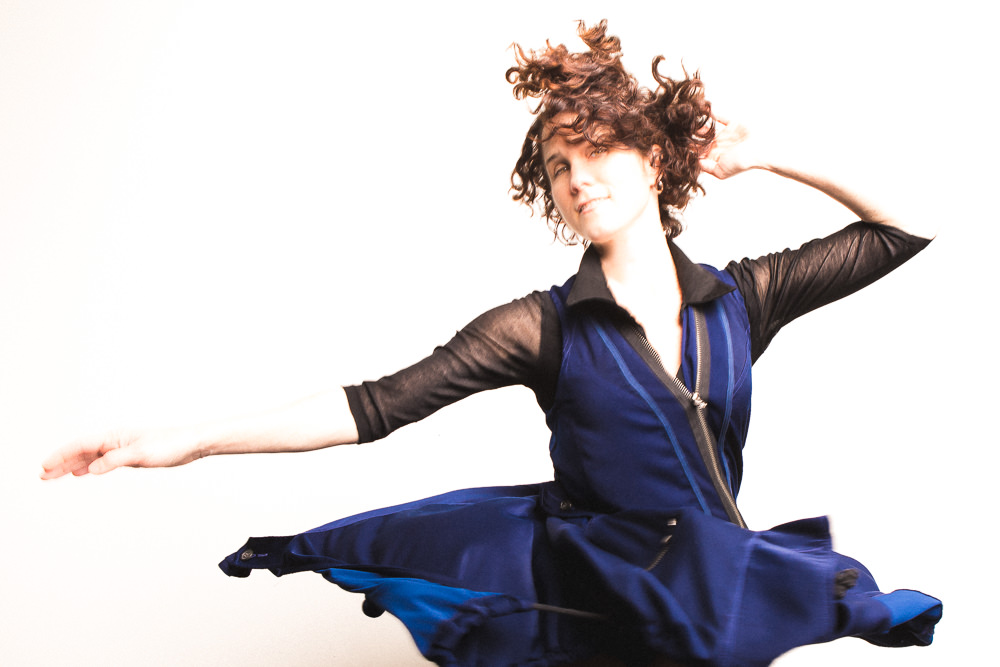 20
Julia Rhoads
Choreographer, artistic director, Lucky Plush
Some dance companies specialize in highly produced proscenium-stage concerts. Some specialize in intimate shows in which performers make themselves vulnerable as individuals, breaking through the artifice of the fourth wall. And then there’s Julia Rhoads and the polymathic dancers in her company Lucky Plush, who manage to somehow do both with playful ease—a methodology that turns out to be an incredibly effective means of grabbing hold of a socially poignant issue, stretching it, poking at it and occasionally chasing it down a twisting rabbit hole. Their 2016 “Trip the Light Fantastic: The Making of SuperStrip” at the Harris Theater, a raucously funny take on organizational and corporate culture, earned the company a a MacArthur Foundation Award for Creative and Effective Institutions. This year’s “Rooming House” was quieter, more intimate, focused on pivotal decisions in stories both personal and mythological. This spring, “Tab Show” brings the company back to the Harris stage.