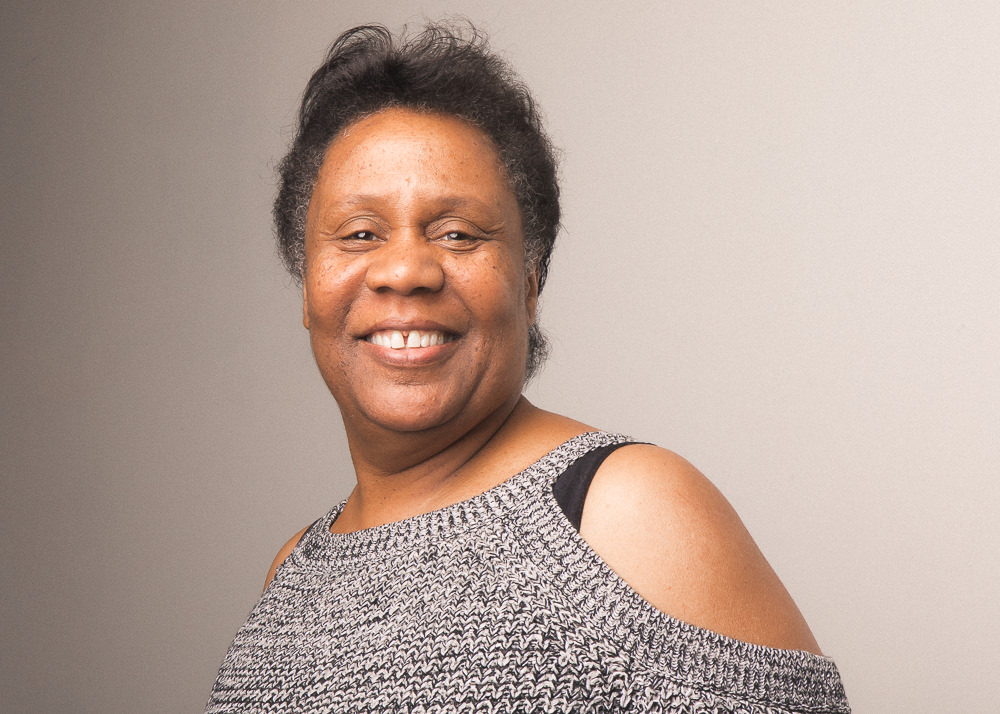 21
Jackie Taylor
Founder, executive director, Black Ensemble Theater
Founder and CEO of Black Ensemble Theater, playwright, director, actor and all-around artistic and social powerhouse: you could get tired just reading Jackie Taylor’s bona fides. In 2016 alone, Black Ensemble produced seven plays written by the tireless and triumphant Taylor, of which she directed five. Her artistic output scaled back to that of mere mortals in 2017, as she wrote and directed “The Black Renaissance (A Musical Resistance Against Racism).” Her company’s ever-expanding outreach initiatives, as well as the BPI Black Playwrights Festival and the Sex In The Summer series, should insure that Taylor’s very capable hands remain full this year. 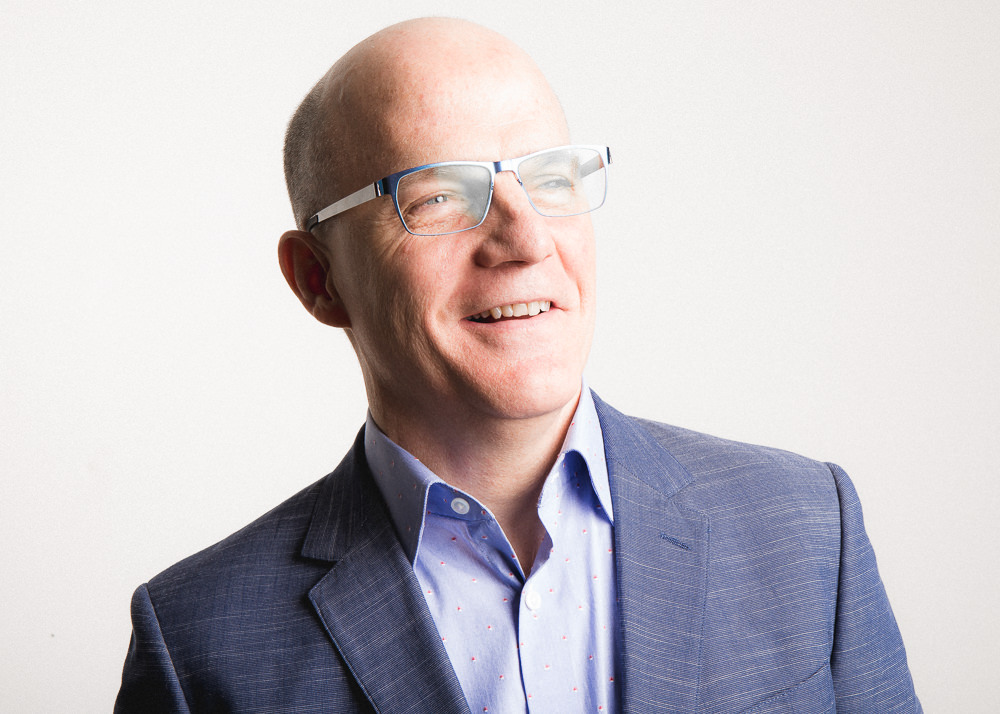 22
Charles Newell
Artistic director, Court Theatre
To give you a sense of Charles Newell’s dedication to his home company, consider this: he has not directed a production anywhere else in almost a decade. Court Theatre is a beacon that simultaneously draws positive attention from around the city, country and world while illuminating the neglected neighborhoods that surround it. Under Newell’s leadership (and in partnership with executive director Steve Albert, who will be stepping down after the 2018/19 season), Court has developed and expanded programs including a free reading series on the South and West Sides and education initiatives designed to reach high-school students. A ticket to a Court production means bearing witness to a rare level of artistic consistency with Newell frequently in the director’s chair.

23
Nick Sandys
Artistic director, Remy Bumppo Theatre Company
Remy Bumppo artistic director, Lyric Opera fight choreographer, DePaul Theatre School professor, wide-ranging actor and director, Nick Sandys has made a broad and deep mark on the local cultural scene since landing in Chicago twenty-five years ago. The origins of his theatrical career go back much further—centuries, in fact to the medieval mystery plays that are still performed in his hometown of York, England. Perhaps Sandys’ participation in the York pageant as a teenager explains his company’s facility in reviving and reinventing older, unjustly neglected works.

24
Gary Griffin
Director
Given the nomadic quality of Gary Griffin’s employment as a director, we are fortunate that he considers Chicago home. A fixture at Chicago Shakespeare Theater (where he is the associate artistic director), Griffin is also a regular at Victory Gardens, where he helmed monster hit “Hand to God” and bittersweet Broadway favorite “Fun Home.” Equally comfortable with musicals and plays, Griffin’s expertise in the latter informs the former with an emphasis on grace and pace. Griffin returns to Chicago Shakespeare Theater this winter with “Red Velvet,” a play about, among other things, the craft of acting: an ideal fit for this director’s director.

25
Michael Patrick Thornton
Artistic director, The Gift Theatre
Michael Patrick Thornton’s acclaimed Gift Theatre, based in Jefferson Park, harks back to a long-ago era when Chicago’s storefront theaters functioned as neighborhood cultural centers. It may be the smallest Actors Equity house in the city, a status that testifies to Thornton’s bedrock commitment not just to artistic excellence but also to fairness and artist solidarity. “If it weren’t for my Equity card, my parents would have lost their house,” says Thornton, who suffered a spinal stroke in 2003 that left him paralyzed from the waist down. A regular on TV and in indie films, as well as an aspiring novelist, Thornton is an inspiration for Chicago’s theater community on many levels. “I’m just trying to do meaningful things,” he says. “I’m trying to choose significance over prominence.” 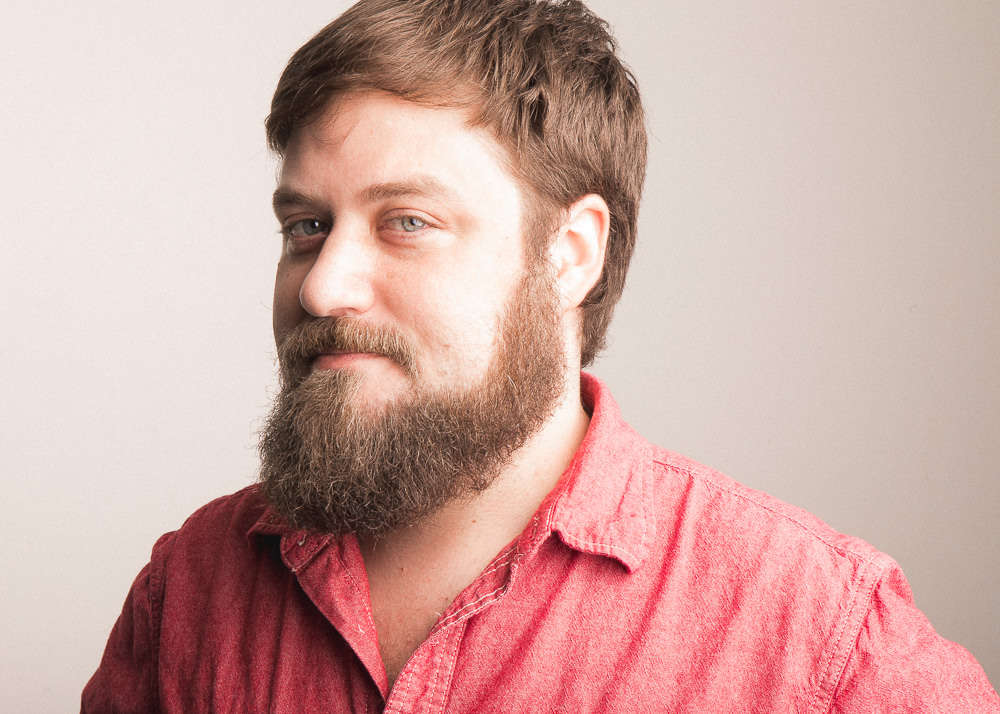 26
Gus Menary
Artistic director, Jackalope Theatre
In his third year as Jackalope’s artistic director, Gus Menary has made his company’s name synonymous with a brand of new work that never fails to excite. Menary’s most recent directorial effort, Aaron Loeb’s “Ideation,” was a Midwest premiere that took genocide into the boardroom. Over the summer, Menary directed the pop-up production of Ike Holter’s horror-inspired “Put Your House In Order,” the theatrical equivalent of a Beyoncé album drop for a certain fashionable subset of theatergoers. This year, Menary takes the reins on “The Light Fantastic,” a world premiere from Holter that is based on the “true story of an infamous, unsolved case of spiritual possession.” Good luck finding anyone who isn’t intrigued by that premise. 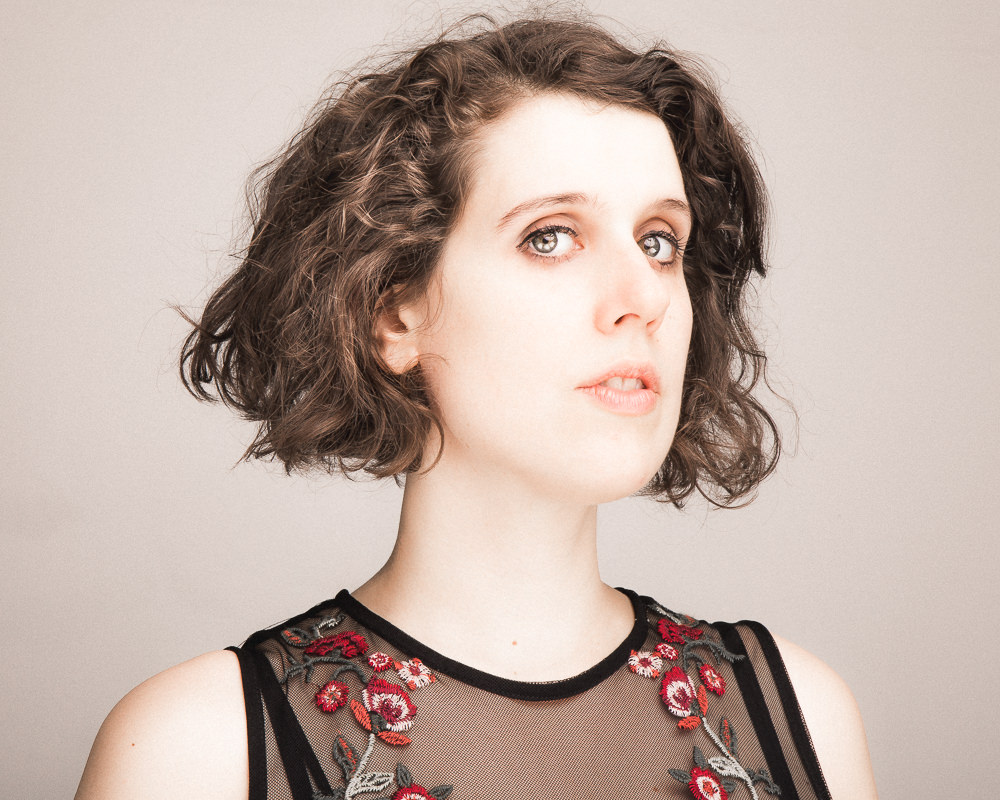 27
Marti Lyons
Director
One of the city’s most in-demand freelance directors, Marti Lyons’ gifts can be appreciated on stages large and small with dexterity matched only by her choice of collaborators. While Lyons appears to favor up-and-coming local playwrights (Ike Holter, Calamity West), she seems drawn to distinct voices, which in turn offer fresh opportunities to expand her directorial toolkit. This month, Lyons will be in Washington D.C. directing “The Wolves,” probably the most athletic work she’s been a part of since the training montages of “Prowess.” As evidence of her work ethic, Lyons will return to Chicago to direct the seminal classic “Guess Who’s Coming to Dinner” for Court Theatre before heading back to D.C. for the incendiary “Botticelli in the Fire.”

28
Sandra Delgado
Actor, writer
2017 was a breakout year for Sandra Delgado, an acting powerhouse turned playwright. During her tenure with the Goodman Theatre Playwrights Unit during the 2015/16 season (where she also was cast in the company’s ambitiously epic adaptation of Roberto Bolaño’s “2666”), she developed “La Havana Madrid,” a moving tribute to Chicago’s South and Central American populations that traces the city’s history of immigration. Laced with energetic and soulful music and under the confident direction of Cheryl Lynn Bruce with Delgado starring as the mystical spirit of the title nightclub, the Teatro Vista production sold out its entire run at Steppenwolf Theatre Company’s 1700 Theater before transferring to The Miracle Center in Hermosa and then the Goodman Theatre. Since her play’s success, Delgado has returned to the stage, starring as Jocasta in Luis Alfaro’s “Oedipus El Rey” at The Public in New York under the direction of Victory Gardens artistic director Chay Yew. Not content to rest on success, her next play, “Felons and Familias,” is being workshopped as part of Theater on the Lake’s sixty-fifth anniversary’s play commission program “In the Works.” 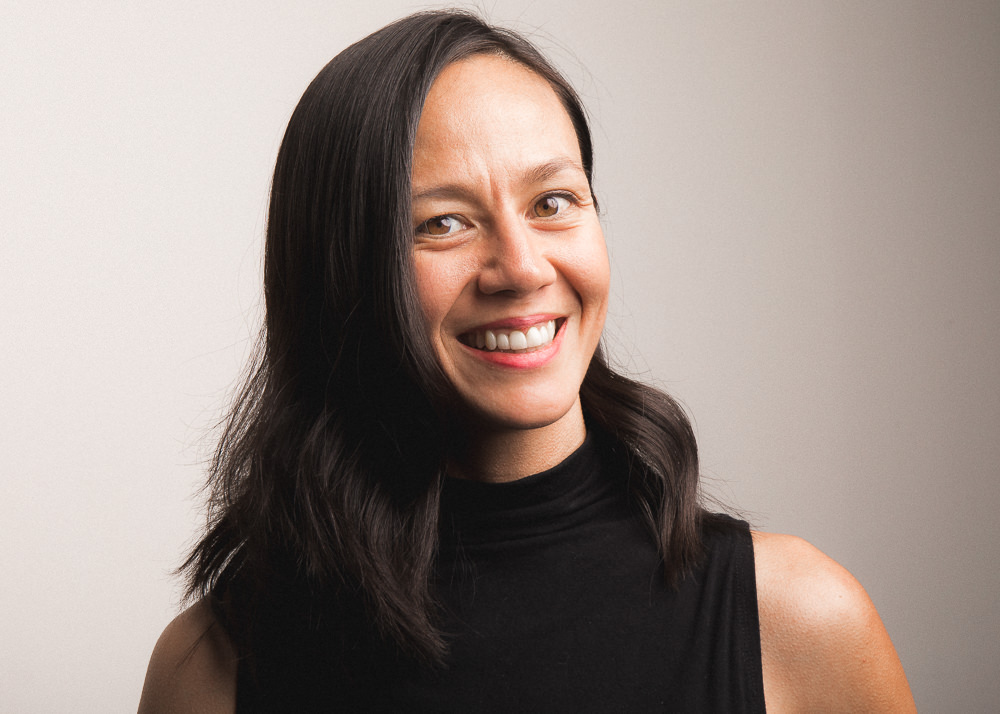 29
Robyn Mineko Williams
Choreographer
Robyn Mineko Williams has established herself as a sought-after choreographer, with a half-dozen commissions for Hubbard Street Dance, as well as works for the Atlanta Ballet, Charlotte Ballet and Grand Rapids Ballet under her belt. This year, she began an entirely new and unexpected project: a series of extremely intimate performances in unconventional settings, from the patio at Sportsman’s Club to living rooms and backyards. Mineko Williams’ “Undercover Episodes” took place in everyday spaces in New York and Los Angeles as well, freeing contemporary dance from the stage and taking it into everyday life. 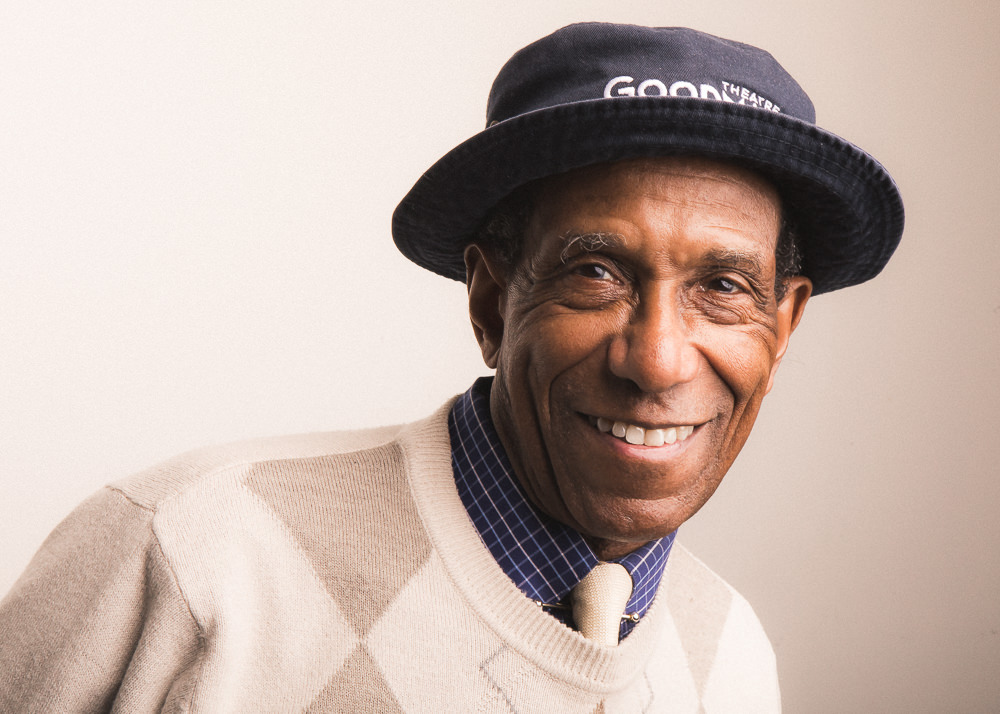 30
Chuck Smith
Resident director, Goodman Theatre
Of all the directors in town, Chuck Smith may be the most generously omnivorous. A resident director at the Goodman, where he directed “Objects in the Mirror,” Smith also lent his considerable talents to Definition Theatre Company for the Chicago premiere of Branden Jacobs-Jenkins’ incendiary “An Octoroon.” Smith’s influence on a production can be difficult to track, such is his considerable esteem for the actors he works with, as well as a deference to simplicity. Smith will next bring his signature care and attention to “Having Our Say: The Delany Sisters’ First Hundred Years,” coming to the Goodman in May.