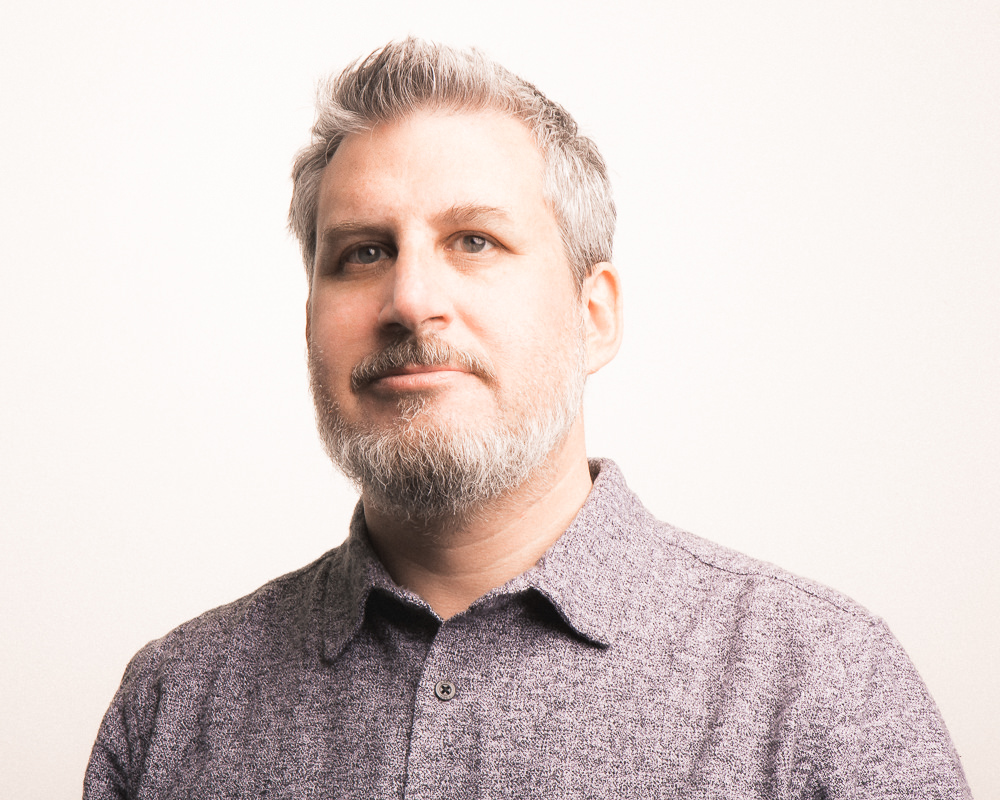 31
David Feiner
Artistic director, Albany Park Theater Project
One of the most memorable events of the 2016/2017 theater season was Albany Park Theater Project’s “Learning Curve.” A devised work simple in premise, although mind-bogglingly complex in execution, “Learning Curve” sought to stage a day-in-the-life of Chicago Public School students as an immersive experience with dozens of individual iterations and multiple scenes playing out across the entire school simultaneously, featuring the enormous talents of the APTP ensemble as well as a cohort of game collaborators, all under the leadership of artistic director David Feiner. There was a point in the year where “Learning Curve” was as tough a ticket to acquire as “Hamilton,” which must have been edifying for Feiner, whose company is as much about producing ambitious works of art as it is about helping students achieve their academic goals. While the company is keeping a low artistic profile these days, there is little doubt that they won’t stay that way for long.

32
Nathan Allen
Artistic director, The House Theatre of Chicago
The House Theatre of Chicago is a company rightly known for feats of daring, physical, conceptual and otherwise. Since “The Hammer Trinity,” one of the crowning artistic achievements of the 2014/15 season, the company, with Nathan Allen at its helm, has taken audiences on journeys epic, intimate and, occasionally, interactive. Last season, Allen directed “The Last Defender,” an elaborate Cold War-era choose-your-own-adventure narrative driven by audience-based group problem-solving with no less than the fate of the world resting on its outcome, which ran almost eight months in the Chopin Theatre basement. The House Theatre is in the business of taking risks, a virtue that can sometimes go underappreciated. Their 2017/18 season has seen one cancellation and what remains are mostly remounts (“United Flight 232” and the perennial classic “The Nutcracker”). Still, Allen and company are nothing if not resourceful and it is not hard to imagine the company soon back up on its nimble feet.

33
Michael Shannon
Actor, director
A twice-Oscar-nominated film actor, Michael Shannon has plied his onscreen trade with a range of directors like Zack Snyder, Werner Herzog and Tom Ford. (He’s also a fount of anger and sorrow in Guillermo del Toro’s romance “The Shape of Water.”) Through all this, Shannon has not forgotten his Chicago roots. This year, he returns to A Red Orchid Theatre (where he is an ensemble member) twice for its twenty-fifth anniversary season. First he’ll direct Brett Neveu’s world premiere “Traitor,” an adaptation of Ibsen’s “An Enemy of the People,” opening in January, then he’ll return this summer for a reprisal of his 1995 role alongside Guy Van Swearingen in Ionesco’s “Victims of Duty.”

34
Calvin Evans
Comedian, actor, producer
A few years ago Calvin Evans and fellow comedian Michael Issac founded MiHiCHi (Making It Happen in Chicago) with a “mission of not taking our talent to the coast and making a name for ourselves in the city we are from.” The duo have headlined a monthly show at Zanies since April, but as a solo act Evans appeared on Kevin Hart’s “Hart of the City” in late 2016, filmed a set for Hart’s Laugh Out Loud Network in 2017 and was the only comedian from Chicago selected for New Faces at the Just for Laughs Festival in Montreal. The hard-working Chicagoan wrapped up 2017 with a six-week run of the Felonious Munk-penned “Nothing to Lose But Our Chains” at the Wooly Mammoth Theatre in Washington D.C. In 2018, he’ll be back in his hometown with a plan to produce a television show, a half hour of stand-up special for Comedy Central and also ramp up the popular Zanies show as a “for comics by comics” showcase. 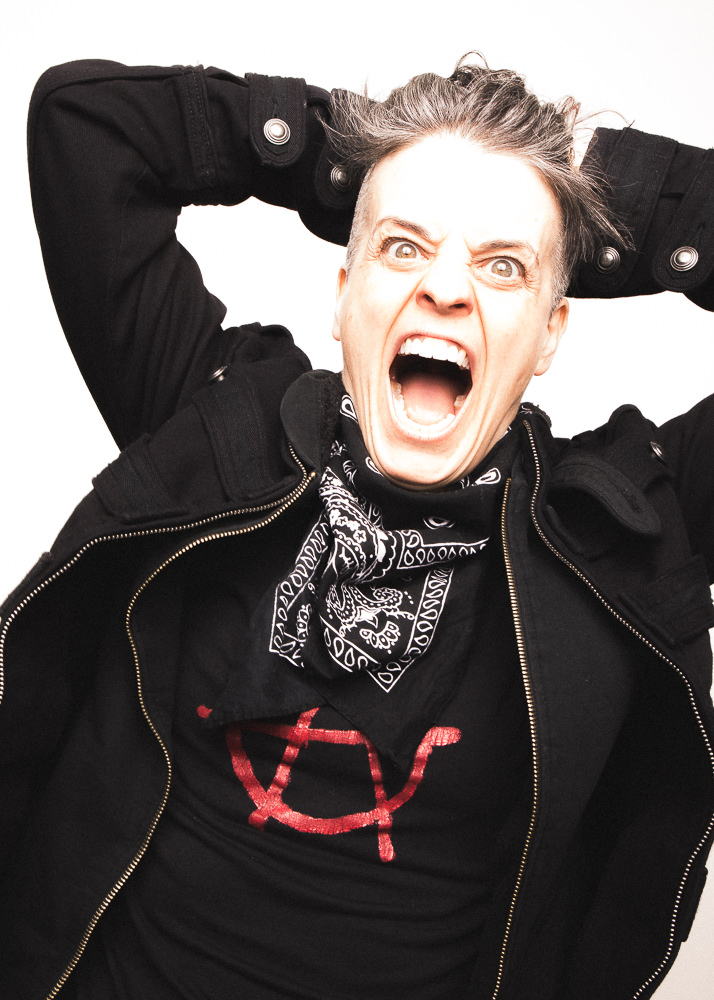 35
Molly Brennan
Actor
In 2015, American Theatre called Molly Brennan “Chicago’s Queen of mischief and make-believe” and truer words were never written nor maintained so well. Two years later and it’s hard to imagine theater in this city without Brennan. She was featured in American Theater Company’s “Picnic” in 2016, co-hosted The Inconvenience’s “Fly Honey Show,” graced Goodman Theatre’s mainstage in their annual production of “Christmas Carol,” appeared in “Signature Move” and learned how to do open captioning for Firebrand Theatre’s “Lizzie,” just to name a few projects. Brennan is working on a new film with “Signature Move”’s Fawzia Mirza, a short written piece by Philip Dawkins with her partner Malic White, the “Fly Honey Show” again and, of course, in her own words, “I mean: fighting the patriarchy.” 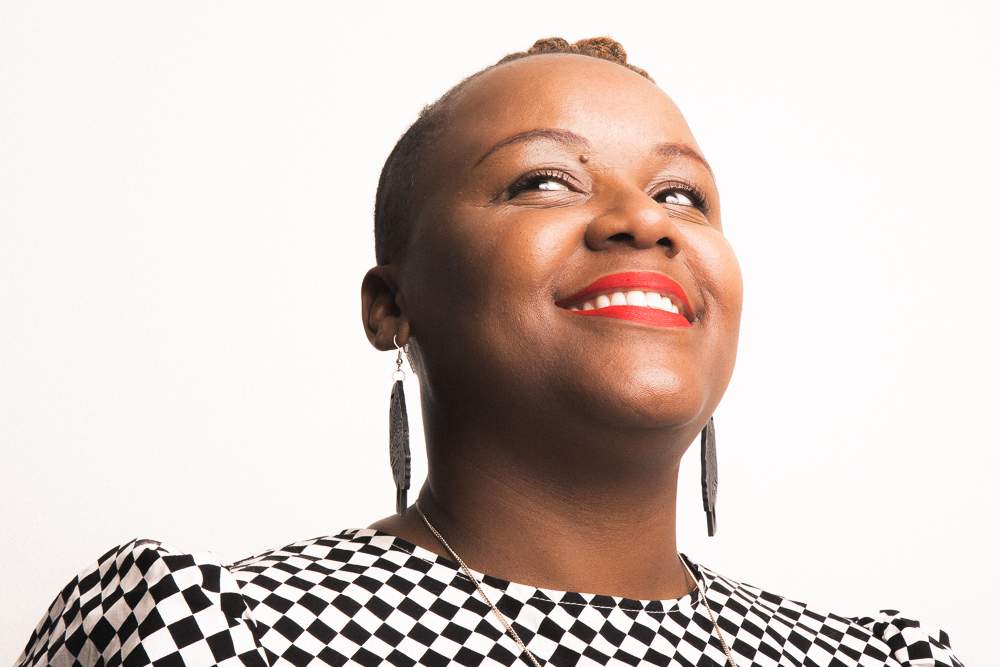 36
Vershawn Sanders-Ward
Choreographer, artistic director, Red Clay Dance
Vershawn Sanders-Ward and her Fuller Park-based company Red Clay Dance, which finds its roots in Afro-Contemporary, Modern and Chicago House styles of movement, have long presented socially conscious dance for and within the community, making Red Clay Dance a precious cultural gem on Chicago’s South Side. But, while the company’s heart is local, its reach last year became global. Sanders-Ward was invited to attend the first Obama Foundation Summit, and in fall 2017 the company began a yearlong cultural exchange with Keiga Dance Company from Kampala, Uganda. The fruits of the collaboration will be shared with Chicago audiences later this year.

37
Just Nesh
Comedian
After only five years in the game, comedian and Chicago native Just Nesh had a breakout 2017, recording sets for Kevin Hart’s “The Next Level” on Comedy Central and Russell Simmons’ HBO series “All Def Comedy.” Locally, she debut-headlined Zanies and continues to host a hot open mic every Monday night at Frances Cocktail Lounge in Chatham called “Manic Mondays Comedy Night.” She’s opened for all-stars like Cedric the Entertainer, Paul Mooney and the late Dick Gregory, but at the pace she’s working, she should start figuring out who will open for her. 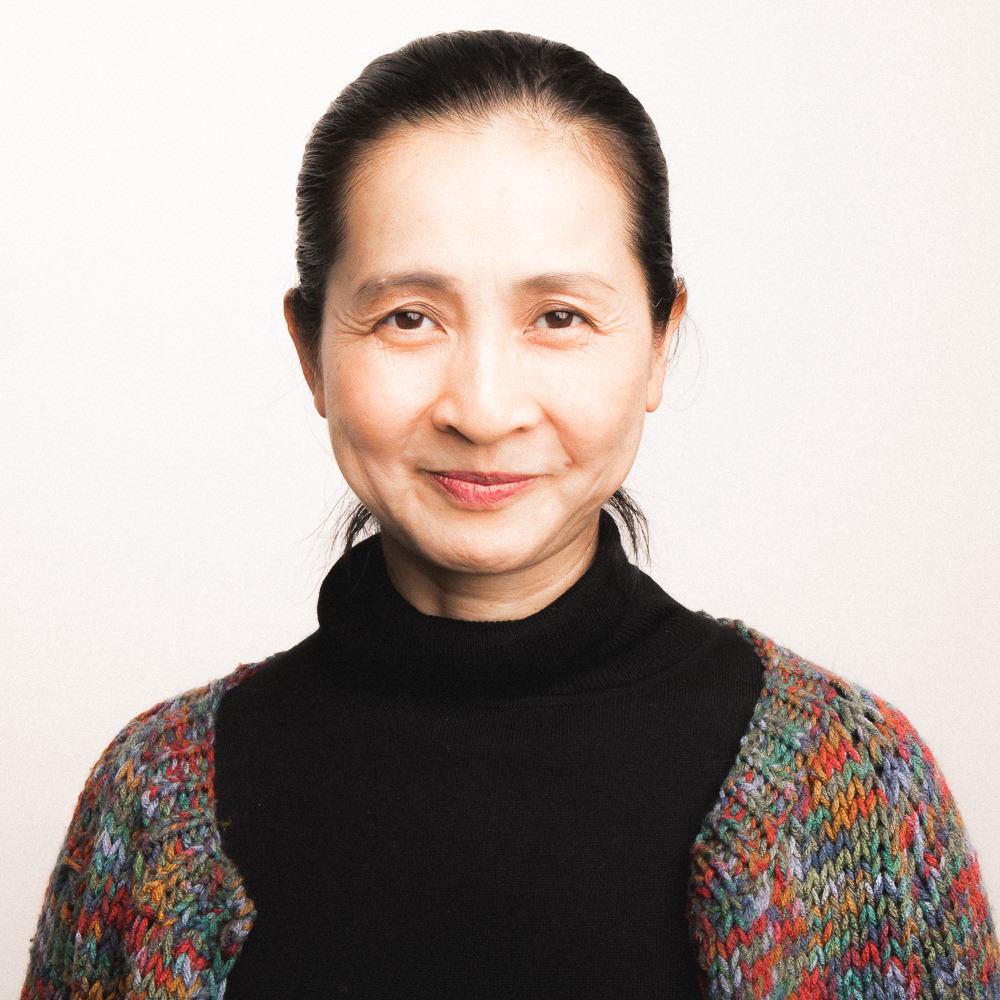 38
Ayako Kato
Choreographer, dancer, Art Union Humanscape
“Dance” is an insufficient description of Ayako Kato’s performances: they are events of nature in which air, light and sound waves in the room are influenced by Kato’s subtle and enrapturing energy. Kato, founder of Art Union Humanscape, is a fecund collaborator, be it in dance venues, gallery spaces or the great outdoors, as with her NatureDanceOut nature walk and her movement workshops. Kato’s solo evening-length “blue fish,” inspired by her grandfather and set on the enclosed stage of the Pritzker Pavilion as the sun set and paper lanterns took flight, was one of the quiet highlights of performance in 2017. 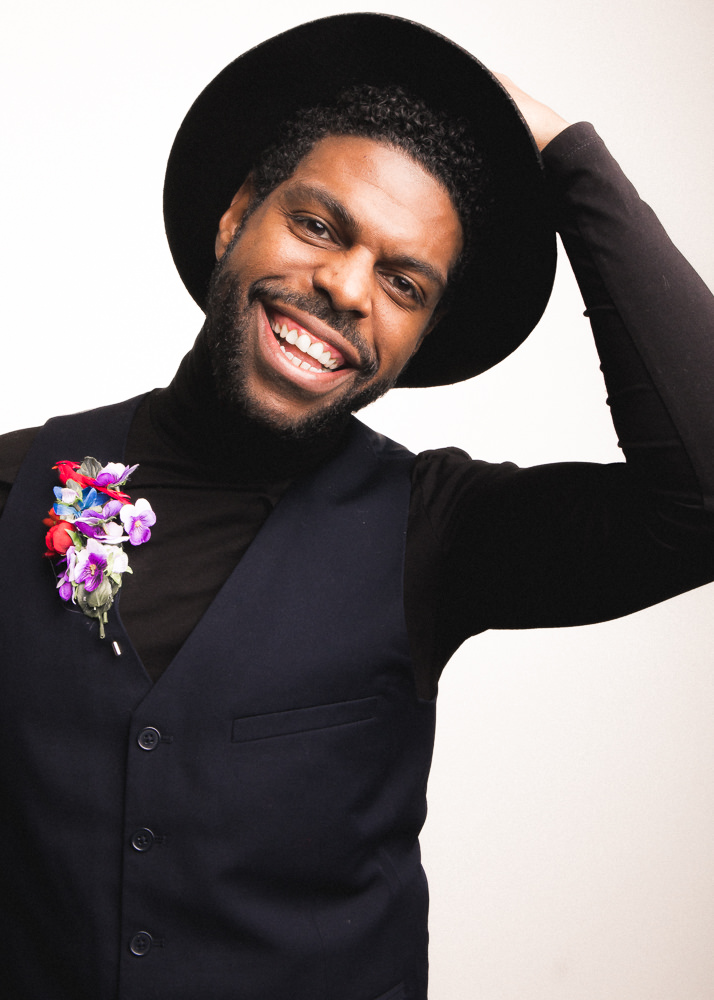 39
Breon Arzell
Actor, choreographer
Breon Arzell took Chicago stages by storm in 2017. From a featured role in Goodman Theatre’s “Objects in the Mirror,” to starring in Definition Theatre’s “An Octoroon” and The Hypocrites’ “Dracula,” Arzell has proven his theatrical range time and time again. And that’s not even to mention his work as a choreographer for theaters such as Raven Theatre, Victory Gardens and Kokandy Productions. In 2018 he’ll be in “Insurrection” with Stage Left Theatre (directed by Wardell Clark), “Aesop’s Fables” with Raven Theatre and The Hypocrites’ “Aristophanesathon.” Arzell is also workshopping the restoration of a historical musical with Chicago theater director Monty Cole at CalArts, shooting a web series “Velvet” and continuing to teach “Fierceography! Heels Edition” dance courses. 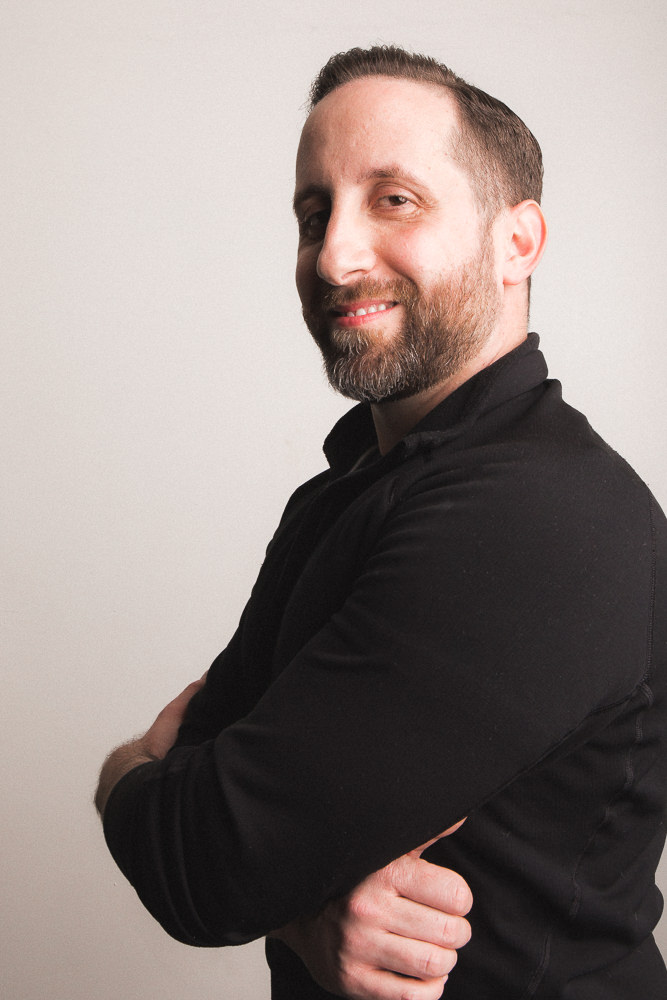 40
Nick Pupillo
Choreographer, artistic director, Visceral Dance Chicago
Nick Pupillo has had big ambitions for his professional company and studio Visceral from the get-go, envisioning a highly visible institution of contemporary dance performance and training. And those ambitions took wing at the moment of hatching; Pupillo landed an engagement for the infant company at the Harris Theater, which, in the five years since Visceral’s founding, has become a staple of the Harris seasonal schedule. Pupillo is the primary choreographer for the company, and has built a well-rounded repertoire, acquiring pieces by notable national and international artists, including Sidra Bell and Ohad Naharin.