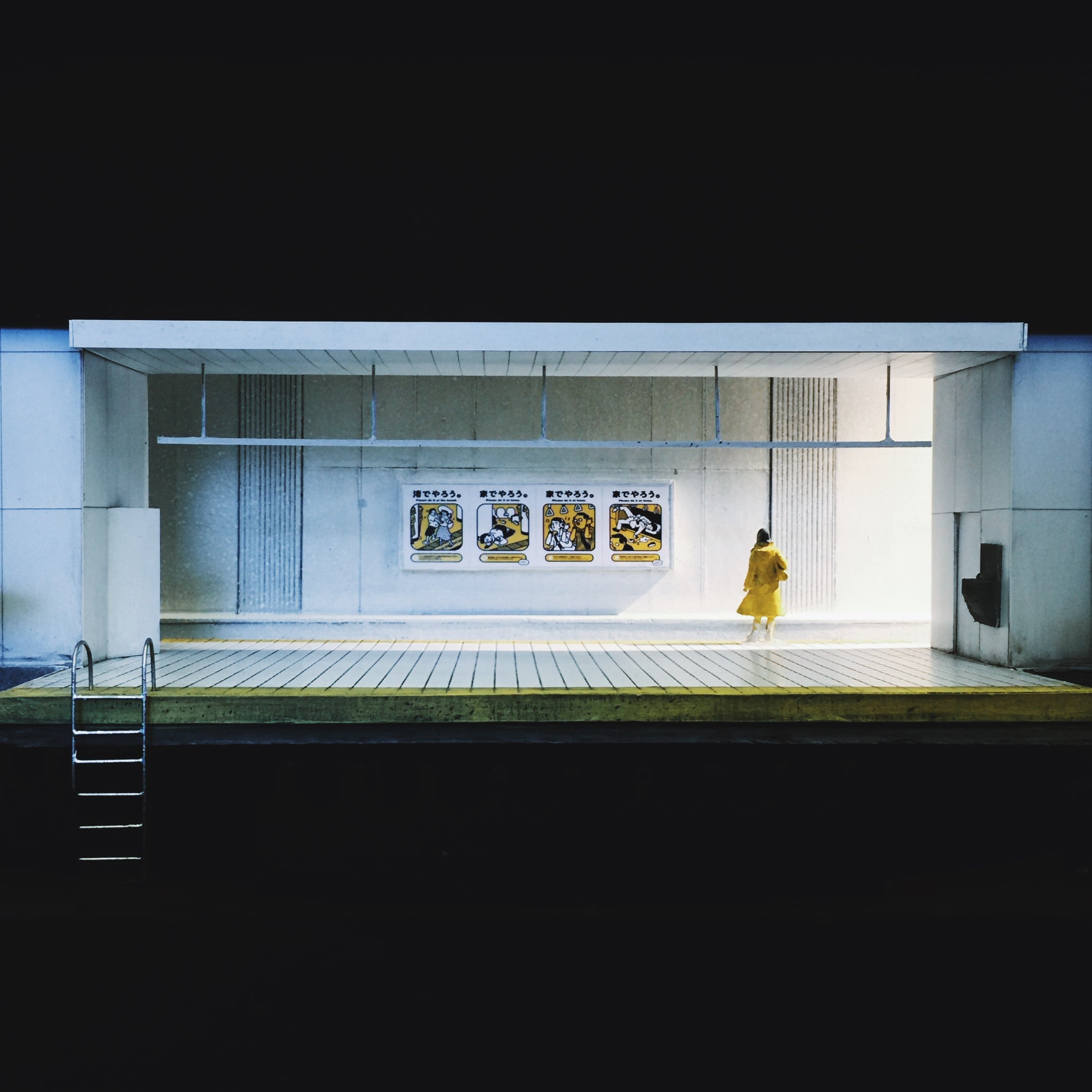 By Kevin Greene and Emma Couling

Frequently overlooked (even, admittedly, within the pages of this publication), designers do not so much make the world of theater go round as they make the world, period. From storefront chic to Broadway bombast, every time you enter a theater you are bearing witness to a prismatic vision constructed by a network of collaborators at the behest of directors, playwrights and other fickle types. They are creators on command. So we thought it would be illuminating if we let a few designers tailor their own projects. We found the results edifying and we’re sure they will resonate with you as well.

Aaron James Stephenson
Sound designer
To come up with one dream design project is difficult because just getting paid a livable wage to design shows in general is the dream. In terms of a specific show, it’s a moving target. There was a show in the hopper for a recently-disbanded Chicago theater company that had me incredibly excited and I still have hope that someday it will see the stage. It was written in the eighties, based on a real event from the sixties, and felt like it was written yesterday. The show revolved around a family reeling in the wake of a child lost to police violence, each family member dealing with their grief in different ways: the mother giving herself over to a predatory church, the father lost in menial automotive labor in the hopes of building an escape, and a brother swallowed into a new family of street violence. This strong symbolism paired with the poetic and often magical nature of the script leaves it rife with the kind of challenges that designers drool over: a man turning into a predatory bird on stage, windows shattered in a blind rage, a car built before your eyes in a living room. It would be an incredible opportunity to breathe life back into this project and hopefully, you’ll be able to see it soon.

Arnel Sancianco
Scenic designer
My dream is to design an all-Asian production of Sara Ruhl’s “Eurydice.” In “Eurydice,” the title character must make the difficult choice of spending the remainder of her human life with her husband Orpheus or spend eternity with the father she’s never known. This theoretical production poses the question of identity with an all-Asian cast, excluding Orpheus. The experience I want to explore was one that many first generation Asian Americans must endure at some point: the experience of discovering their culture and the realization of how much we’ve abandoned in the hopes to assimilate. There’s this beautiful scene where Eurydice is relearning the language with her father and it evokes these memories of sitting with my grandmother and learning tradition, whether it be speaking Tagalog or learning how to cook rice. There is a beauty in the passing of culture between elder and younger that plucks specifically in the Asian heritage. With Orpheus being the only non-API actor, this production heightens Eurydice’s choice from one about the male influences in her life to one about choosing her culture (represented through her father) versus assimilating (represented through Orpheus). The design was inspired by the pristine train stations of Korea and Japan, this all-white underworld turns Ruhl’s dripping land of the dead into a sterile, cold and quiet afterlife. The rigid lines of the architecture develop a world of order and rules that is eventually broken in the scene when Eurydice’s father builds her a house of string. It’s these diagonal curved lines of the string house that interrupt the space and provide a safe haven where she not only finds refuge but also rediscovers herself, her language and her culture through her father.

Eleanor Kahn
Scenic and properties designer
I don’t know that I have a dream show I would like to design per se. I certainly have a type of work that doesn’t happen often, if ever, in Chicago and that is site-specific work. When I approach shows, I need to see the space before I start designing. My background is in architecture so I artistically grew up asking “Why do this in this place?” The same goes for theater. Why do this story now? Why do it here? But, so rarely is the space chosen for the story. We are given spaces based on availability. And that’s all fine and logical, so I manipulate the given space so that it feels like the story was chosen for the space. Maybe that means you walk in and see the space as you’ve never seen it before. Maybe it feels like this space has been this way for decades and we were only so lucky to have found it for this show. But it would be awesome to do it the other way around. Why are we doing this piece here? Because the history of this space makes the story richer and gives it a new context. For example, what if we put “Hairy Ape” in a factory that is no longer in use? The disappearance and disregard for the working class—the people that actually built America—becomes so much more powerful simply because you are telling this story parallel to a space that has the same story. Space informs story informs space. That’s a type of work that I’d love to do.

Steve Labedz
Sound designer and composer
I love ballet. I think it is an incredible amount of lifelong dedication to such a specific craft, but I really fell in love with it when I started working backstage and I saw all the chaos that happens in between the beautiful, front-facing moments. Since then I’ve always wanted to compose a ballet, but they’re too finished and polished and it feels like you kind of have to be famous enough to get someone to premiere a ballet with you. So the dream is to make a ballet about making a ballet, a dance about composition. The stage starts off with just one person. And it’s not great, they’re clumsy, they repeat things, trying to get it just right, mimicking the first stages of any kind of art-making. As the piece builds and more dancers join, it grows its own kind of grace, maybe not so perfect. The design would build on this idea by starting out with just a little radio on stage, impure sounds, not enough bass, kind of staticky and then build into a more desirable sound. The piece would have to be done in the round so that the audience could see all of the mechanics happening. There’s no magic to this world, only work, and you watch everyone work so hard to make a thing for you to enjoy as an audience. That’s something I’ve always wanted to make.

Melissa Ng
Costume designer
I read Chinese myths growing up and one story I have always kept in my mind is “The Butterfly Lovers,” which shares the same rank as “The Legend of the White Snake” as one of China’s Four Great Folktales. “White Snake” has been adapted to the stage, and I believe “The Butterfly Lovers” should be the next! The plot is roughly: Women aren’t allowed to receive an education in ancient China, so Zhu Yingtai disguises herself as a boy in order to attend school. She meets and falls in love with her classmate Liang Shanbo and reveals her identity to him. They pledge to be together but she has been betrothed to another. Liang dies of heartbreak. On the day of her wedding, Zhu leaves to visit his grave and in an incredibly dramatic gesture, the grave opens up. She jumps in and they both emerge as butterflies, together forever. This is a myth that originated between 265-420 A.D. and one almost wonders if Shakespeare was inspired by this story in his time. I’d be interested in a queer, feminist adaptation of the myth: the gender disguise and intensity of their forbidden love lends itself perfectly to this lens. An adaptation of this myth has the potential to subvert gender roles in Chinese culture that I find incredibly exciting. Queer Asian femme/female representation is something I hunger for constantly on our stages and in the media. And of course the elements in the original myth create plenty of opportunity for moments of theater magic. As a designer, I’m obsessed with transformation and I’ve always been fascinated by the idea of humans taking on other spirit or animal forms in order to escape a world that does not serve their desires.