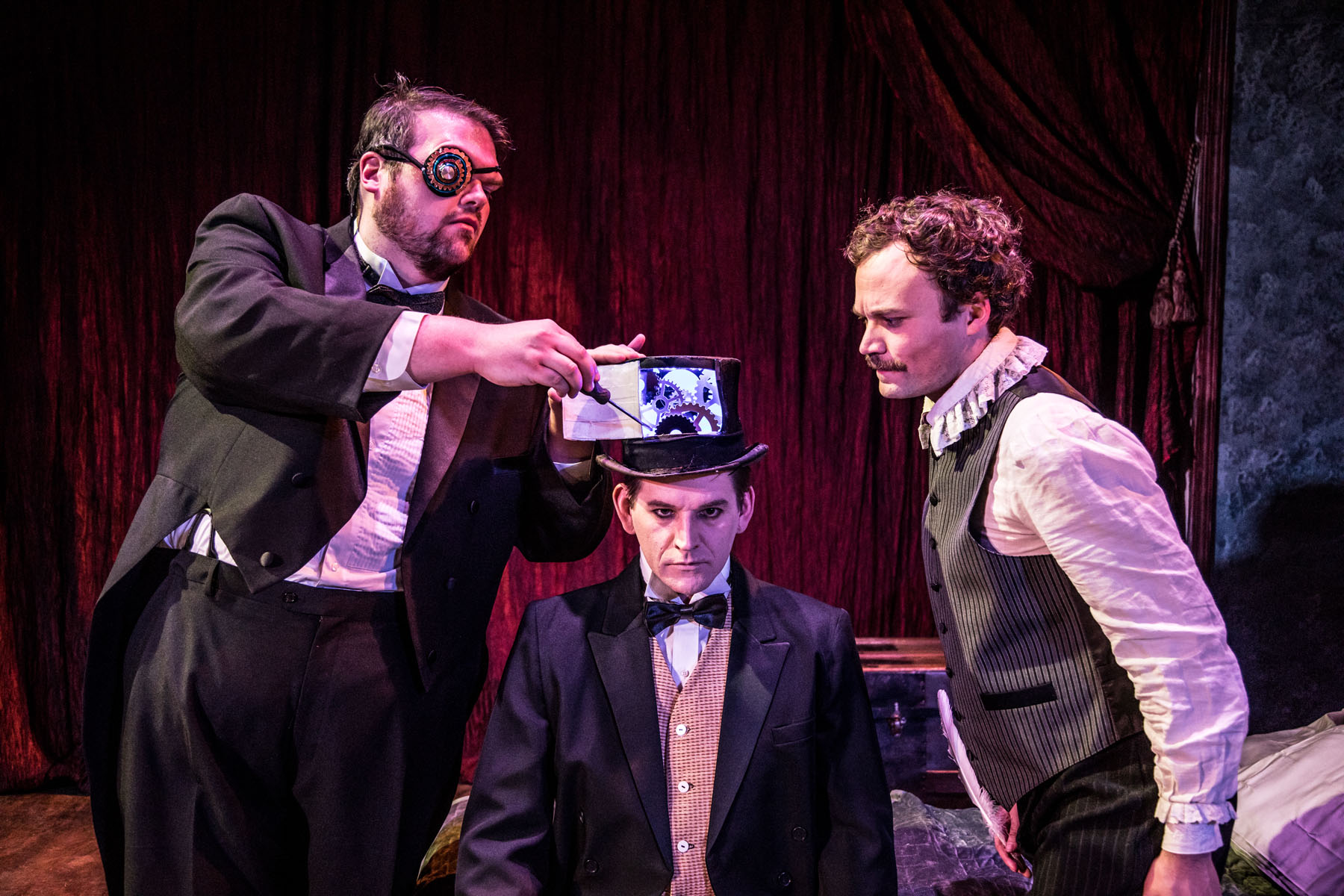 Presented for the first time in Chicago, the musical “Nevermore” celebrates the madness and tragedy that was Edgar Allan Poe. Although often celebrated as the inventor of the modern-day detective story, Poe is best remembered for his creation of a parade of characters marked for madness and/or death. His inspiration for these macabre worlds was a lifetime of endless heartbreak, which included the untimely passing of nearly every woman he ever loved. Not surprisingly then, a running theme throughout his work is the sense of death patiently waiting by the window (tapping its beak ever so persistently).

This haunting permeates much of Jonathan Christenson’s music, with lyrics often rising to operatic heights before crashing to the floor. Much of Poe’s story is also told in verse with the actors fleshing out the source material of the artist’s more famous works (one such example is of a young Poe unable to look away from his adopted father’s blind eye). It cannot be an easy piece of work to perform, but the cast, led by Kevin Webb as the tortured artist, is more than up to the challenge and often dazzles with their strong vocals. Jeremy Trager especially impresses with his seductive and sinister interpretation of multiple key characters.

Visually dark and delightfully gothic, the production flawlessly executes Derek Van Barham’s choreography and makes good use of Beth Laske-Miller’s costume design. Director Ed Rutherford allows everything on stage to flourish, and the result is a very seductive production that stays true to the nature of one of America’s tragic artists. There may be no better way to celebrate the ending of the sugary-sweet holiday season than by taking in this melancholy-laced delight. (Noel Schecter)