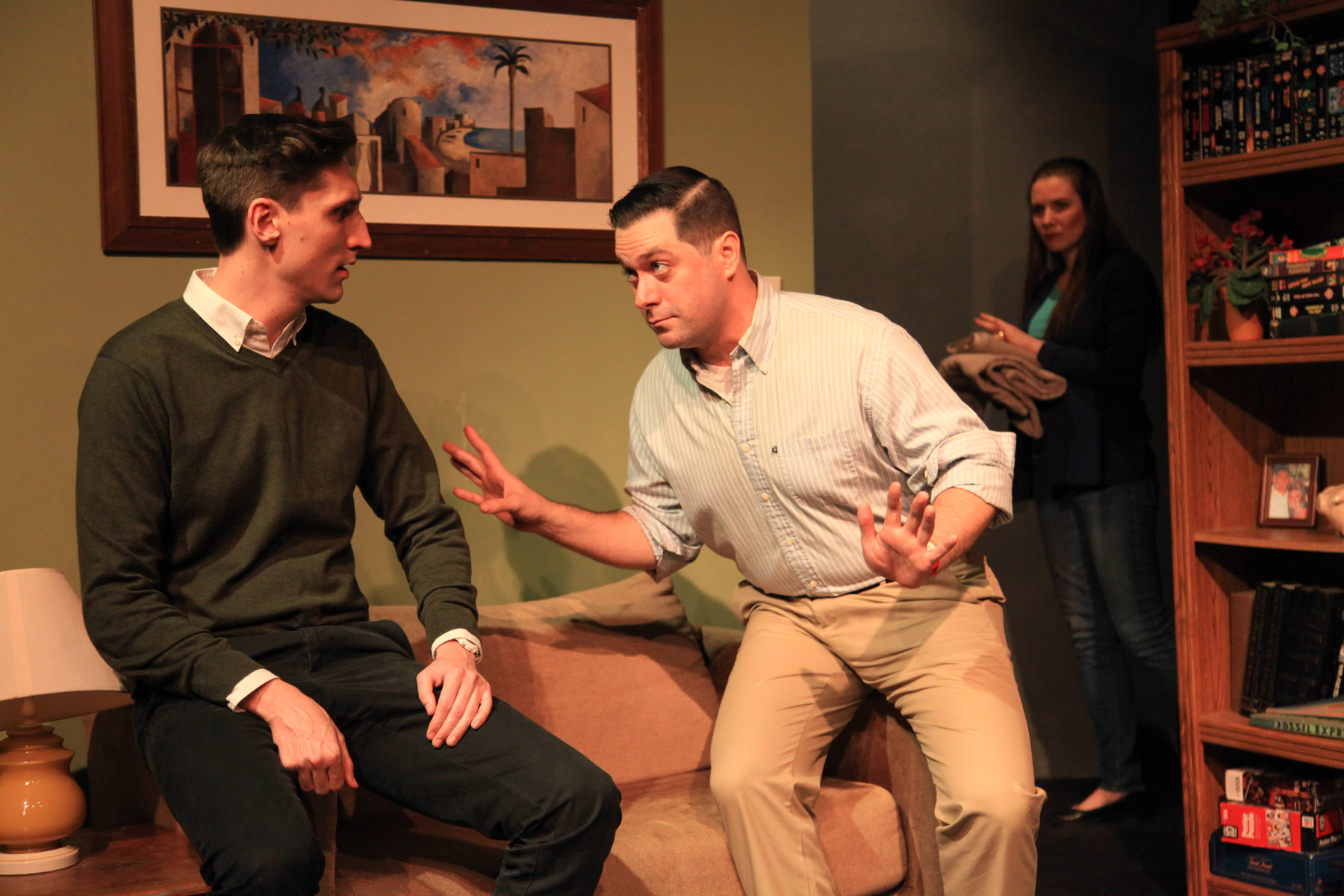 “Why should you be scared? You didn’t do anything,” says Mia (Sarah Gise) to her husband Toby (Matthew Nerber). “You weren’t the criminal.”

“Fuck me,” he replies. “I am so fucked.” But, like the soap-scrubbed, clean-cut campers you find in classic horror movies, Mia and Toby are both wrong. Toby, a young football coach, innocently delivering a pile of tapes to his boss’ house, walks in on a scene between Coach Carlson (Rob Frankel) and a young boy. Carlson is erect and carrying two beers. The boy is wearing no clothes. Toby, suspecting the truth, gets the hell out of Dodge and, though he has promised to say nothing, immediately tells his wife.

Lee Blessing’s 2015 “For the Loyal,” inspired by the case of Jerry Sandusky, the Penn State assistant football coach found guilty of raping at least ten children over the course of fifteen years, examines how assaults like these unfold and the way collective machinations of those with power maintain the conditions in which such crimes can flourish among the self-appointed “loyal, brave and true.”

Against the customs of the court and the media, Blessing’s interpretation directs its attention to Mia and the children (three boys, all played by the chameleonic Richard David) rather than the perpetrator. As the only woman—and pregnant, at that—Mia is tasked with rising from righteous fury to hysteria when her husband, led by the bombastic head coach Hale (Josh Zagoren), does nothing. The boys complicate the incident with their own narratives of neglect, shame, guilt, anger and desire.

“Ever think about our fight song?” asks Coach Hale. “I didn’t think they were for thinking,” replies Toby. Instead, Blessing puts the thoughts in the mouths of those who bear the physical and psychological consequences of such incidents in dialogues that range from realistic to absurd, while Hale spouts aphoristic excuses for their collective failure to respond. (“There’s no changing someone like him. You can only make him someone else’s responsibility.”) “Watch out for heroes,” says Carlson, whose danger lies in his disturbing facility for seeming like a nice guy, like someone you probably know. (Irene Hsiao)