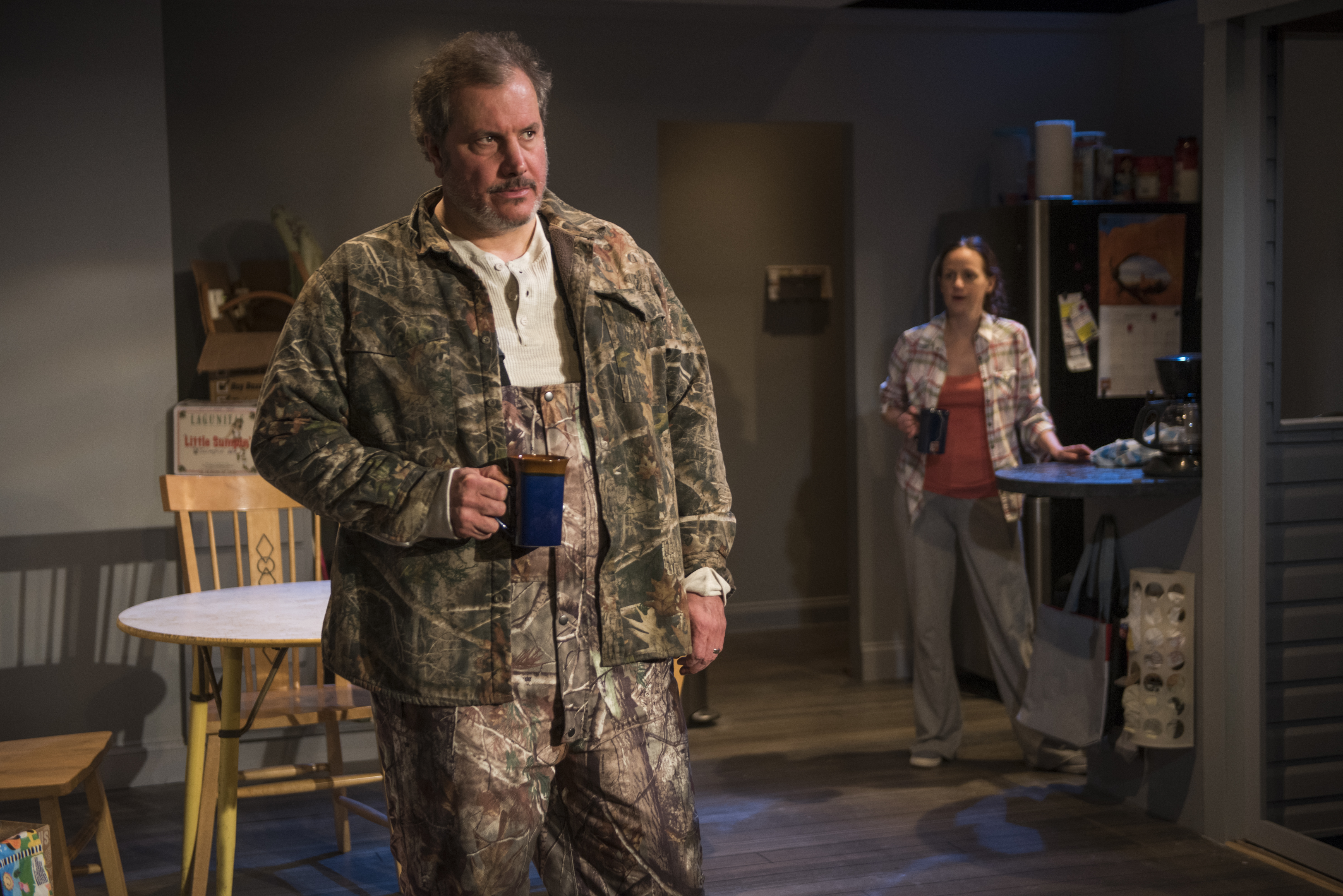 Rivendell Theatre Ensemble has produced some of the city’s best work focused on the citizens of so-called flyover country over the past few years. Set in suburban Western Illinois, “Cal in Camo” contains the narrative hallmarks but lacks the dramatic work ethic of “The Firebirds Take the Field,” “Dry Land” or “How the World Began.”

Cal (Ashley Neal) and Tim (Eric Slater) are two years into a dysfunctional marriage. Having relocated to Sterling from Bridgeport, Tim, a beer salesman, is adjusting to the tastes of his new clientele. Meanwhile, Cal is struggling to locate her nurturing instinct with their new baby. When she announces that her brother, Flynt, will be coming to stay with them in their recently-purchased starter home, an already brimming relationship bends toward its tipping point.

The play does not want for talent with Neal, Slater and, particularly, Keith Kupferer, as Cal’s taciturn older brother, turning in well-intentioned performances. The trouble is that William Francis Hoffman’s script provides inadequate emotional cud for them to chew, choosing at nearly every turn to go broad rather than narrow and specific. The first half proceeds with domestic conflicts and canned laughs that feel prepackaged in their predictability. Tim is a selfish, unobservant husband who doesn’t even know how to mix formula properly, although he retains a self-righteous attitude about being the family’s provider. Cal launches barbs at his condescension toward the rural Midwestern wetlands where she and her brother grew up, even though prior to moving into their new home, Tim had never left the South Side of Chicago. His variation on coastal elitism wants for adequate explanation as does Cal’s emotional ping-ponging between being deeply invested emotionally in her grieving brother and projecting upon him a malevolent moral corruption, the signs of which are invisible to all but her.

Suffice it to say, there does not appear to be a clear shot at resolution for the couple. Even after Flynt arrives and inadvertently plays mediator between the two, Tim and Cal seem resigned to their respective miseries and secrets. When a torrential storm threatens the very ground they stand on, the drama is suddenly ratcheted up to Biblical adjacency. When the weather clears, Tim and Cal decide to work through their issues together, a symbolic cliché that is as thinly veiled as it is poorly utilized. The saving grace of this device is a monologue Flynt delivers about saving a deer, an act that takes on emotional significance in light of his wife’s recent passing. It is a sincerely touching moment in a play that needs more of them, as well as a healthy degree of clarification about what Hoffman is trying to say about the regional cleaving of the country.

The play concludes with a poetic fusion of nature as nurture though the raw imagery does little to dissuade the sense that Hoffman’s work lacks the desire to push against itself. “Cal in Camo” manages to be inoffensive in almost every conceivable way. In doing so, it misses opportunities to meaningfully plum the depths of our unconscious biases toward ourselves and others. (Kevin Greene)