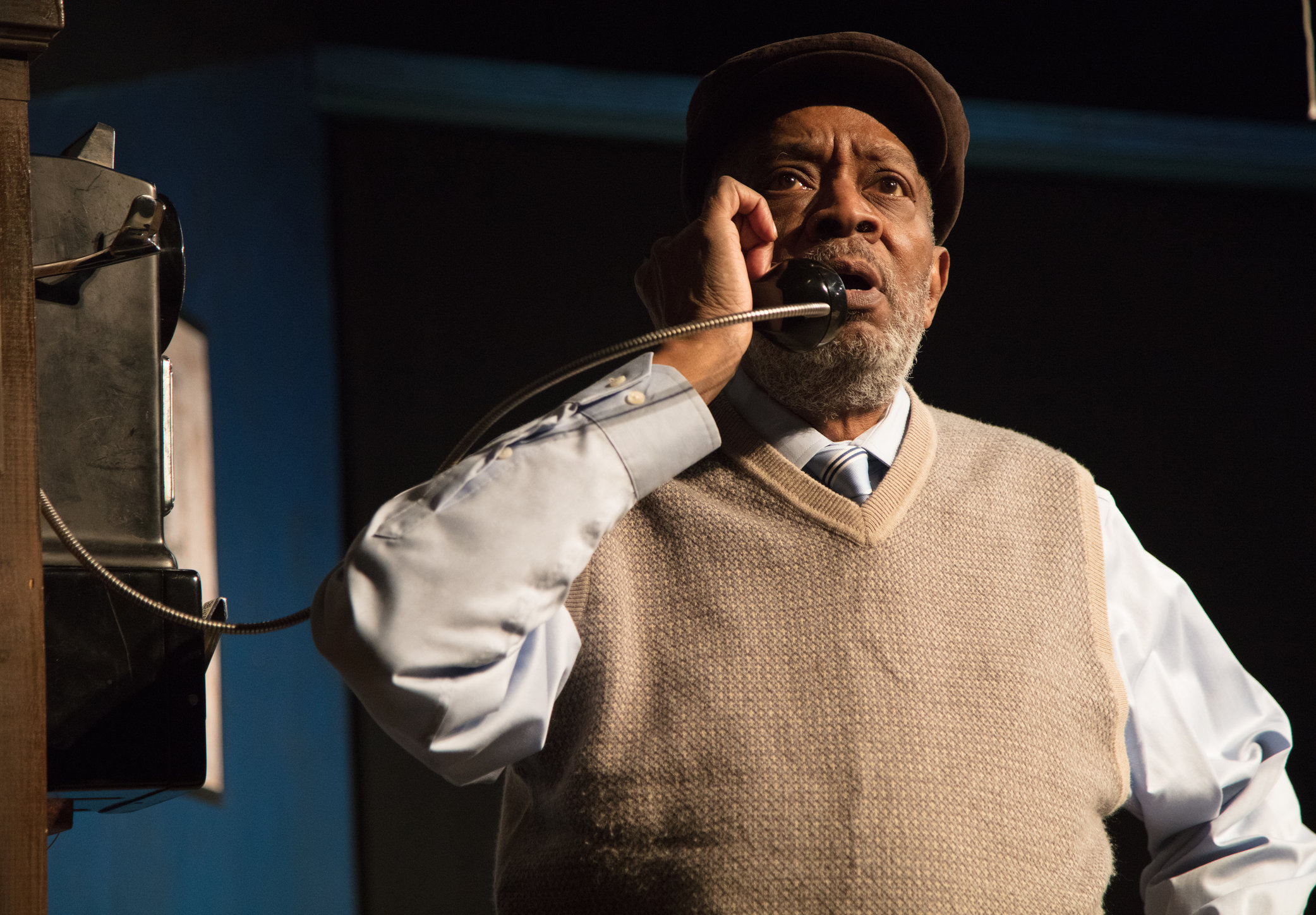 At the top of Congo Square Theatre’s production of August Wilson’s “Jitney,” the cast arrays itself across the front of the stage like suspects in a lineup or contestants in a pageant: nonchalant, jaunty, menacing, sweet, swaggering. They’re young and old, veterans and retirees, drinkers and gamblers. They take turns answering calls and driving customers. The last one out always remembers to lock the door.

In between drives, the station, owned by magisterial Becker (Lee Palmer), is a cross between a barbershop and a bar: the same guys pondering their foibles to the amusement or irritation of whoever might be present, interrupted before their story’s done by the persistent ring of the telephone. It’s Pittsburgh, 1977, a neighborhood on the verge of being boarded up and torn down. Becker posts his rules and rates. Becker keeps his drivers straight. “We ain’t just giving rides to people,” he says. “That’s why you answer the phone, ‘car service.’”

While there is a biblical arc to Becker’s story, particularly with regard to his relationship with his son, Booster (Ronald Conner), who comes home after twenty years in prison for murder, what “Jitney” does best is illuminate the lives of those who gather around him from day to day: finicky gossip Turnbo (Anthony Irons) plays checkers and then feuds with hotheaded Youngblood (Malcom Banks), who is saving to buy a house for his girlfriend Rena (Ramissa Ma’at) and their young son. Fielding (Ernest Perry), once a tailor who made suits for Billy Eckstine and Count Basie, can barely convince a pal to loan him four dollars. Doub (Willie B.) keeps quiet but nurses a horrific memory from the frontlines in Korea. Shealy (Frederick Paul Williams) can’t forget the face of a woman named Rosie. Philmore (Adrian Byrd) has problems with his wife.

Wilson paints the detail of their lives with a fine brush, burnishing each man to the patina of dignity that emerges from having the simple courage to go on. Under Cheryl Lynn Bruce’s direction, the talent in each member of a truly exceptional ensemble blazes. (Irene Hsiao)