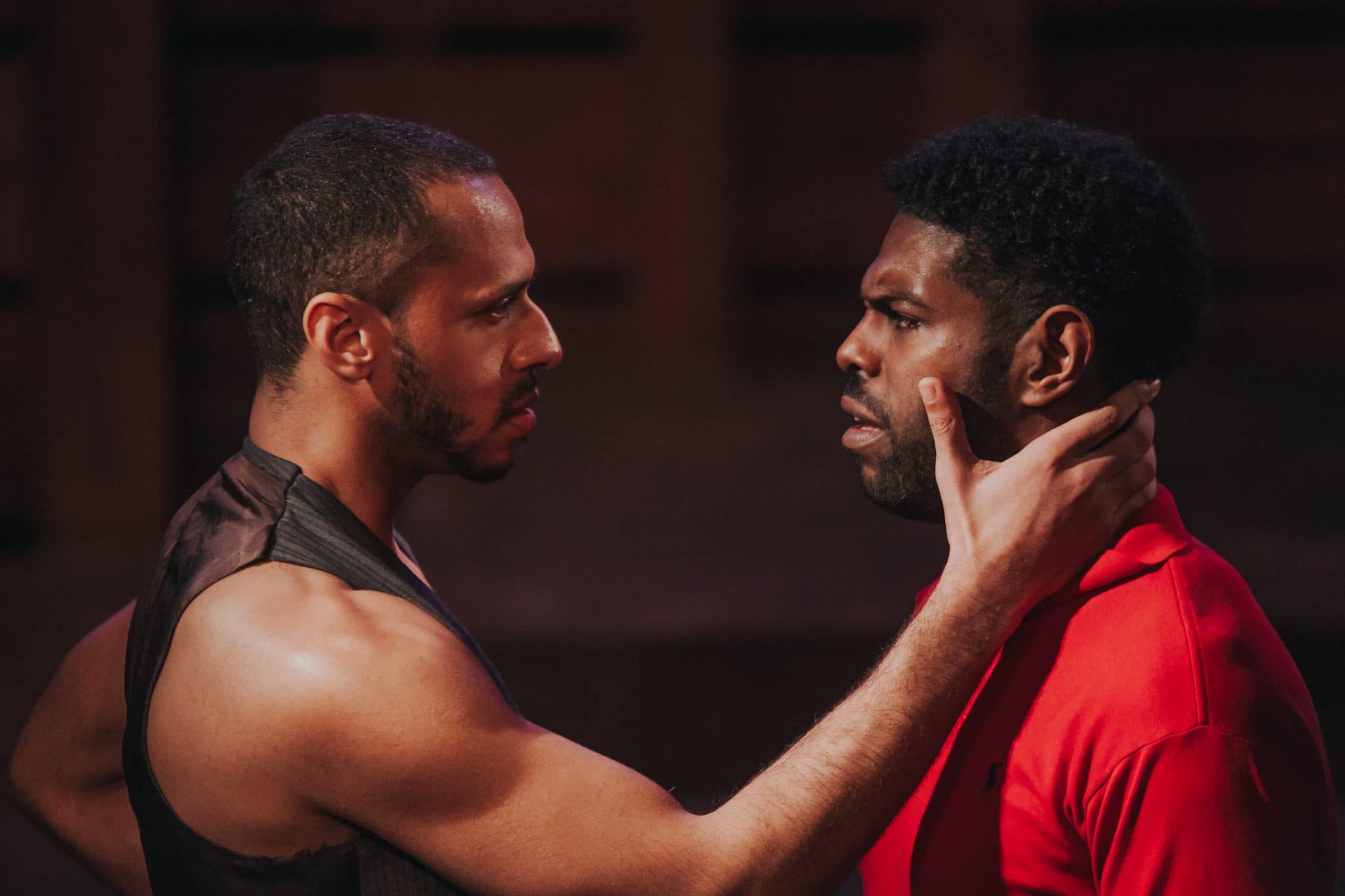 “Insurrection: Holding History,” Stage Left’s current show presented by Wardell Julius Clark in his directorial debut, is nearly impossible to summarize. Stage Left calls it “part ‘Roots,’ part ‘The Wizard of Oz,’ part ‘In Living Color’” and it’s as good a description as any. “Insurrection” is an experience and you can’t force it to be straightforward. You have to let it wash over you, like reading a poem or jumping into a lake. At one point on opening night the woman next to me grabbed my arm and laughingly pealed, “I was not expecting that!”

Her joyful exclamation could have applied to every moment of this play.

“Insurrection” is a story about history, specifically the history of American slavery and how it is folded into our everyday lives. Every American, regardless of race or origin lives with the legacy of American slavery on our backs and the repercussions are still with us, manifesting as the scars we inherited from our ancestors. There is a direct line from American slavery to Reconstruction to Jim Crow to Broken Windows to Stop and Frisk to Black Lives Matter. Slavery is the root of the systemic racism that allows for the president to be president. But it’s also so easy to think of American slavery as being far away and long ago.

Time is a tricky thing. Not just in art but in cultural memory, personal history and the creation of a country. I was taught to measure time in handshakes. To shake my hand is one handshake. I’ve shaken the hand of my father, that’s two. He’s shaken the hand of his grandfather—that’s three—and my great grandfather has shaken the hand of his own grandfather George Packard, who served as part of the Michigan 24th at The Battle of Gettysburg. That’s four handshakes. That’s how far away American slavery is: four people who know each other. And in this way every American can see themselves in the protagonist of “Insurrection,” who sees black and white ghosts as he drives down a country road in Virginia.

The heart of “Insurrection” is visible in a wrenchingly beautiful scene between a slave and his great great grandson who can’t understand the sacrifices his ancestors are making. “They’re going to win,” the elder says, “They might die. But they’re going to win. Slavery ends.” And so it does, and time tumbles on, but oppression does not cease. The work of establishing freedom and equality continues today. Work we do through art, consumption,  politics and discourse. But work that is not yet done.

Regardless of who you are, what your politics are, or where you come from, do not miss this show. Savor every moment of it, whatever it does to you to allow that sensation to percolate. See this play and give it the time and the space to affect you.

As Breon Arzell said in his preshow speech the night I attended, “Sit Up. Lean In. You ain’t ready.” (Emma Couling)