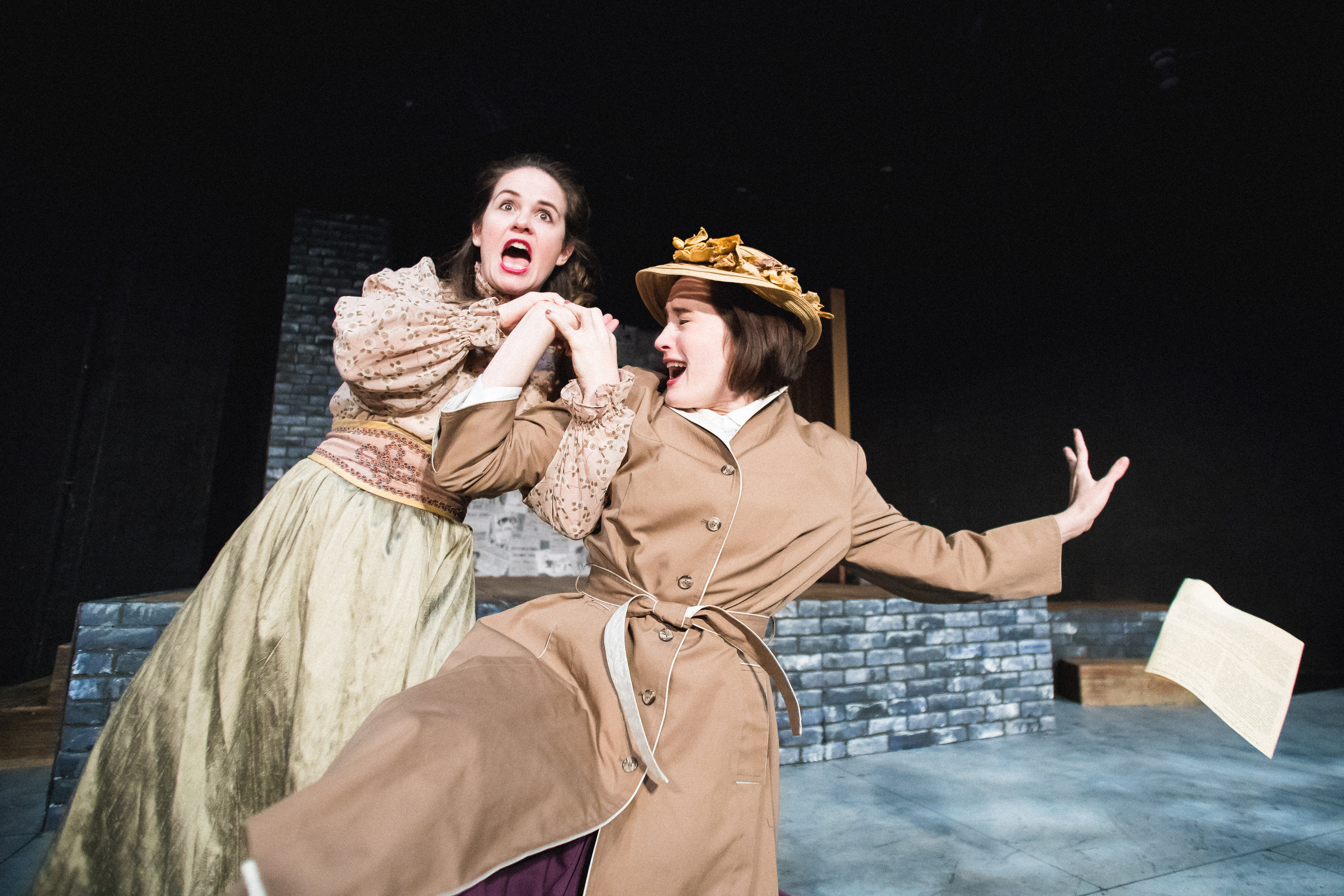 Babes With Blade’s new show “The Good Fight” sounds incredibly exciting at first glance: suffragettes whi are crusading for the right to vote in England learn jiu jitsu from their “chorus-girl” friends and kick English bobby tush. How could this not be exactly the women-kicking-butt-and-taking-names play we’ve all been waiting for?

It’s not that “The Good Fight” is bad, necessarily. The actors are passionate and that passion translates into some lovely performances. But the script is plodding, the plot lacks an arc, every plot progression is so dramatic that no plot progression is dramatic, and the end of the play feels much like the beginning, leaving the audience to wonder, “Wait. But why?”

Alas, this play’s main fault is that it is boring: a fact brought into sharp relief by its potential to be anything but. I couldn’t help but imagine how much more gripping it would have been if the plot had centered more closely on The Suffragette Bodyguard (the group of women who learned jiu jitsu to protect their leader from the police), if they hadn’t taken so long to get to the jiu jitsu and then spent such little time on it. Or if they had included a plot point centering on one of the many South Asian British suffragettes, without whom English women would never have gained the vote and whose history is so often thoughtlessly erased and disregarded. Or even if they’d simply narrowed the history the play attempts to show and chosen the specificity of a single story rather than the attempt at seven disjointed ones.

On the night I went, at the end of the play the narrator leaned forward with stars in her eyes and informed the audience that “All women got the right to vote in 1928.”

She means Englishwomen, of course. White American women gained suffrage in 1920, Asian-American women gained it in 1952 and non-Asian women of color didn’t gain it until the Civil Rights Movement of the 1960s, a fact often forgotten. But to assert that all British women gained the vote in 1928 is wrong too. Citizens of the Commonwealth of Nations didn’t gain voting rights until 1981, a mere thirty-seven years ago.

To state that The Representation of the People (Equal Franchise) Act of 1928 in British Parliament was the end of the British suffrage movement is a colonized version of history, and it’s heartbreaking to see colonized history propagated through art. I expected more from one of our city’s feminist theater companies. (Emma Couling)

The claim that there were “many South Asian British suffragettes” is factually incorrect. There was, in reality, exactly one South Asian suffragette, namely Princess Sophia Duleep Singh. There were Indian women (living in India) who supported the suffrage campaign and who were photographed marching in a pro-suffrage parade, but they were not suffragettes. That term is (and was) specific to the members and active supporters of Mrs. Pankhurst’s radical Women’s Social and Political Union, including Princess Sophia who supported the WSPU financially and participated in some of their demonstrations.