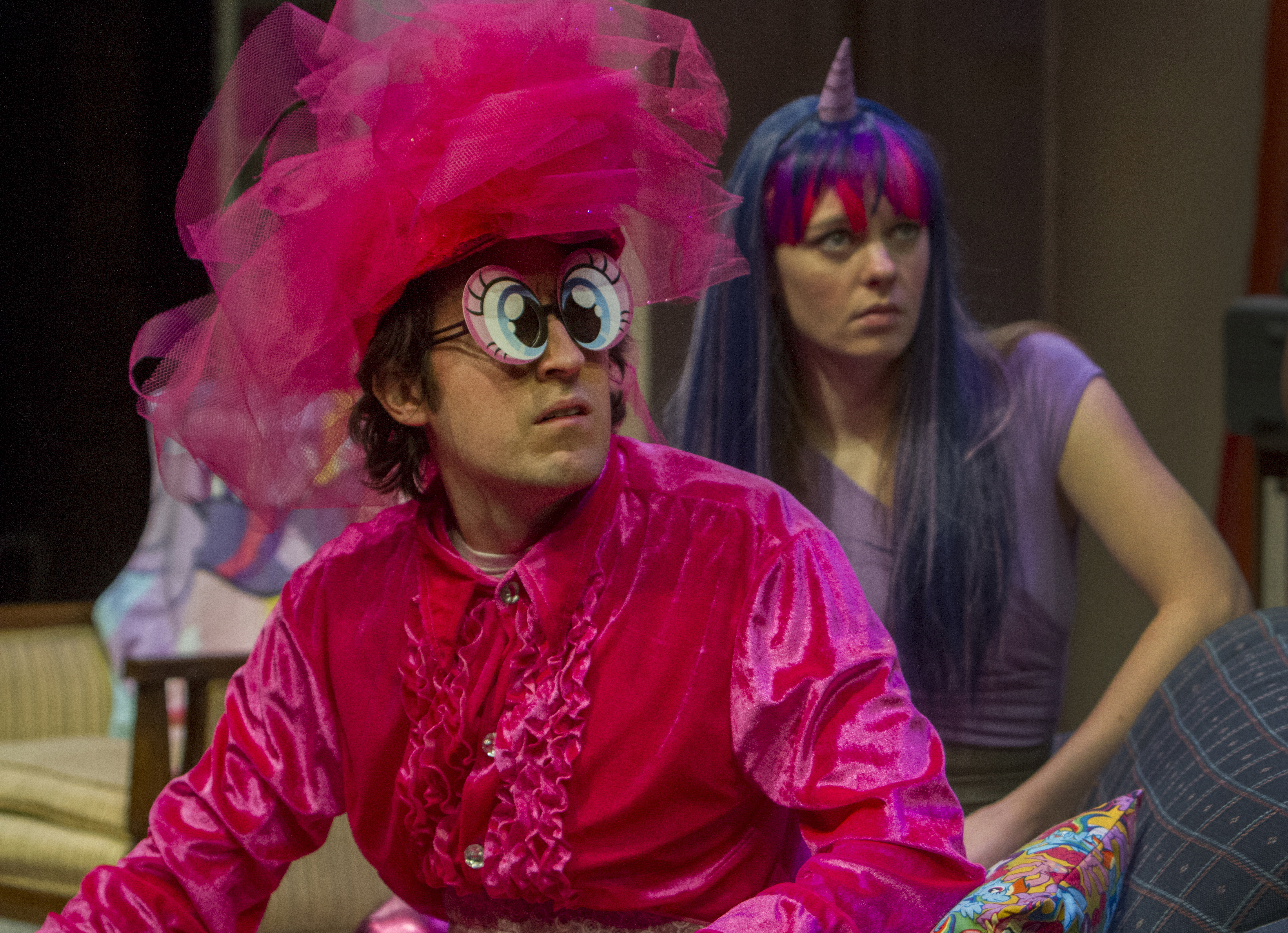 In Theater Wit’s world-premiere production of “The Antelope Party,” five unlikely friends, whose mutual affection for “My Little Pony” brought them together, are ominously endangered and separated by the rise of a Trump-supporter-esque fringe group of national neighborhood watchmen who violently beat down everything they don’t understand, or deem abnormal.

It’s mostly a fun play. Go for the rainbows and twinkly lights, stay for the incredible specificity of performances by Mary Winn Heider and Edward Maware, not to mention the remarkable set and costume designs (Joe Schermoly and Karen Krolak, respectively).

But for all the aspects that are admirable, the play leaves a lot to be wished for. It’s certainly not subtle; metaphor is quickly thrown out the window. The ending is unclear enough that my companion for the night whispered, “Wait, is it over?” as the cast entered for curtain cal). And for how boldly the play explored the fear and violence of living in an oppressive militarized state, the racial implications were skewed by presenting it with a majority white cast. It would have been better to see the effects of such a regime over a wider range of experiences and identities.

In a refreshingly self-aware moment in the second act, one of the characters dismisses her own creative writing (she’d written an origin story fiction in support of the violent group taking over the country) as “Those were just words I wrote.”

For my part, I can’t decide whether “Antelope Party” hit the nail too hard on the head or if it missed the target altogether. But either way there are some gems in this strange little play and they are worth experiencing. (Emma Couling)