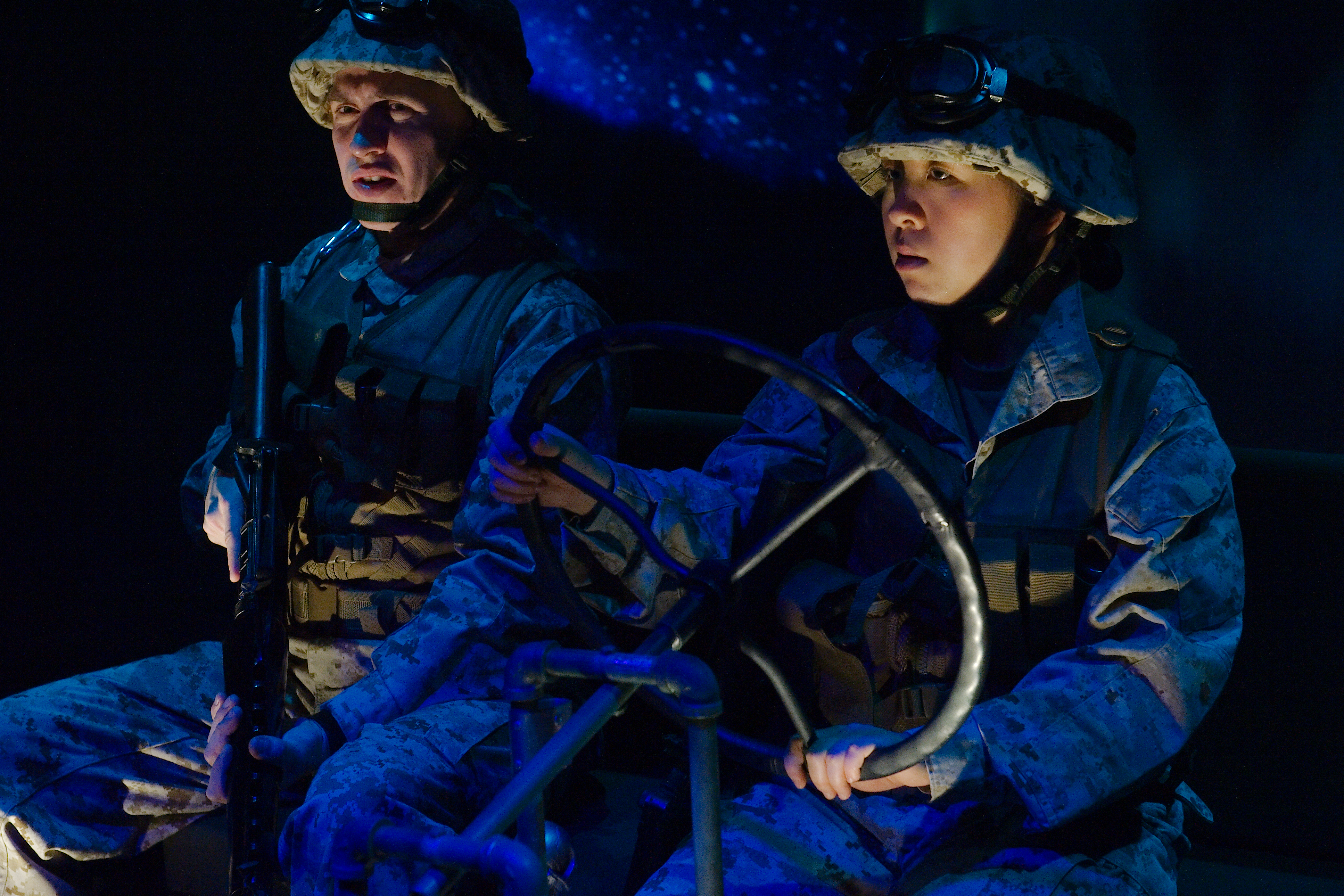 What is a hero? In the common U.S. social lexicon, members of our armed forces are considered heroes because they put their lives on the line for others and the American way of life every day. But is the soldier who commits a horrible act against another soldier still a hero? What if the wrongdoer dies in combat? Can the soldier who reports the act, then gets removed from an assignment still be a hero when the person who takes her place is killed? How do those who survive accept the outcomes and find ways to go on without reliving their worst nightmares over and over?

These are some of the issues explored in “Harbur Gate” by Kathleen Cahill, as part of 16th Street Theater’s “Season Of Heroes.” Told in three acts, the story has a common thread: the death of U.S. Marine Alyson Moss. Under the direction of artistic director Ann Filmer, the play moves quickly between three scenes: an apartment shared by two soldiers who have survived an attack; a convoy on the way to Mosul, Iraq; and a park where two veterans meet by chance and discuss the cost of war. The set, designed by Nicholas Schwartz, makes strong use of a small space and quickly transitions from one location to the next. Benjamin L. White’s lighting design complements the sets.

Though the play brings up valid and timely topics regarding women and LGBTQ persons serving in the military, none of the scenarios are surprising. The brevity of each act presents mere sketches of characters and issues, which leaves the viewer with more questions than answers. Perhaps that’s the point: to continue to question equality and justice everywhere, especially in one of America’s most honored professions: the military. (Mary Kroeck)