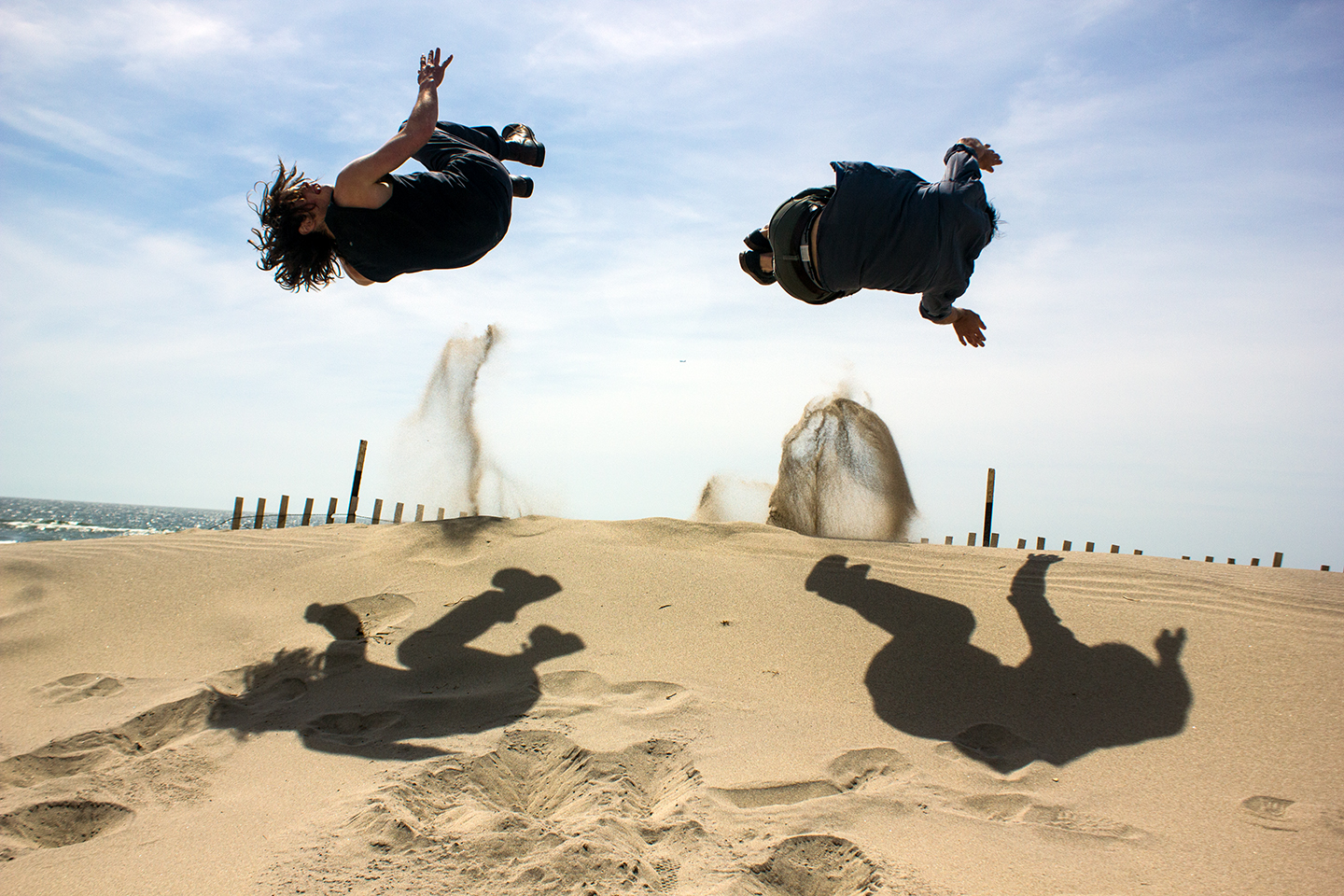 Boomerang, a dance and performance project organized by Matty Davis, Kora Radella and Adrian Galvin, founded in 2012, was approached by the Art Institute to present work alongside the museum’s exhibit “Rodin: Sculptor and Storyteller” (up through March 8). Davis sees a shared physical dynamism between the moving and carved marble and cast bronze bodies on display: “I think they were drawn to the unabashed physicality of our work, which is equally marked by sensuality and detail. A lot of Rodin’s sculptures feel like—if you were to crack open the surface—there could be blood, muscle, bone in there, these elements and their movement pushing up against and affecting the surface.”“The same is true of Boomerang’s stuff: muscle swelling and releasing, blood speeding, sweat, it all shaping and transforming the body in time.” Their first museum performance, the group has been skewing toward presenting in art spaces as opposed to traditional dance venues.

“Personally, I’ve come to kinda hate proscenium stages,” says Davis. “I’m doing a bunch of work site-specifically, with unique grounds, historical and architectural resonances that match or challenge the spirit of the work. So, on that note, I like this happening on the museum floor in a corridor of kind of extreme traffic, a space that’s not cordoned-off theater space or a gallery. Surely there will be a lot of passersby, which is really exciting. People incessantly come and go through the court, and it’s fun to think that a body flying through the air or colliding with another can suddenly pull in someone who’s biting into a sandwich at the cafe two stories above, give them an experience that they didn’t come to the AIC expecting to see.” The program consisted of three separate set pieces, premiered from 2012-2014, all set with choreography by Radella in collaboration with the performers. Music by John Cage and David Lang, with piano by Adam Tendler.