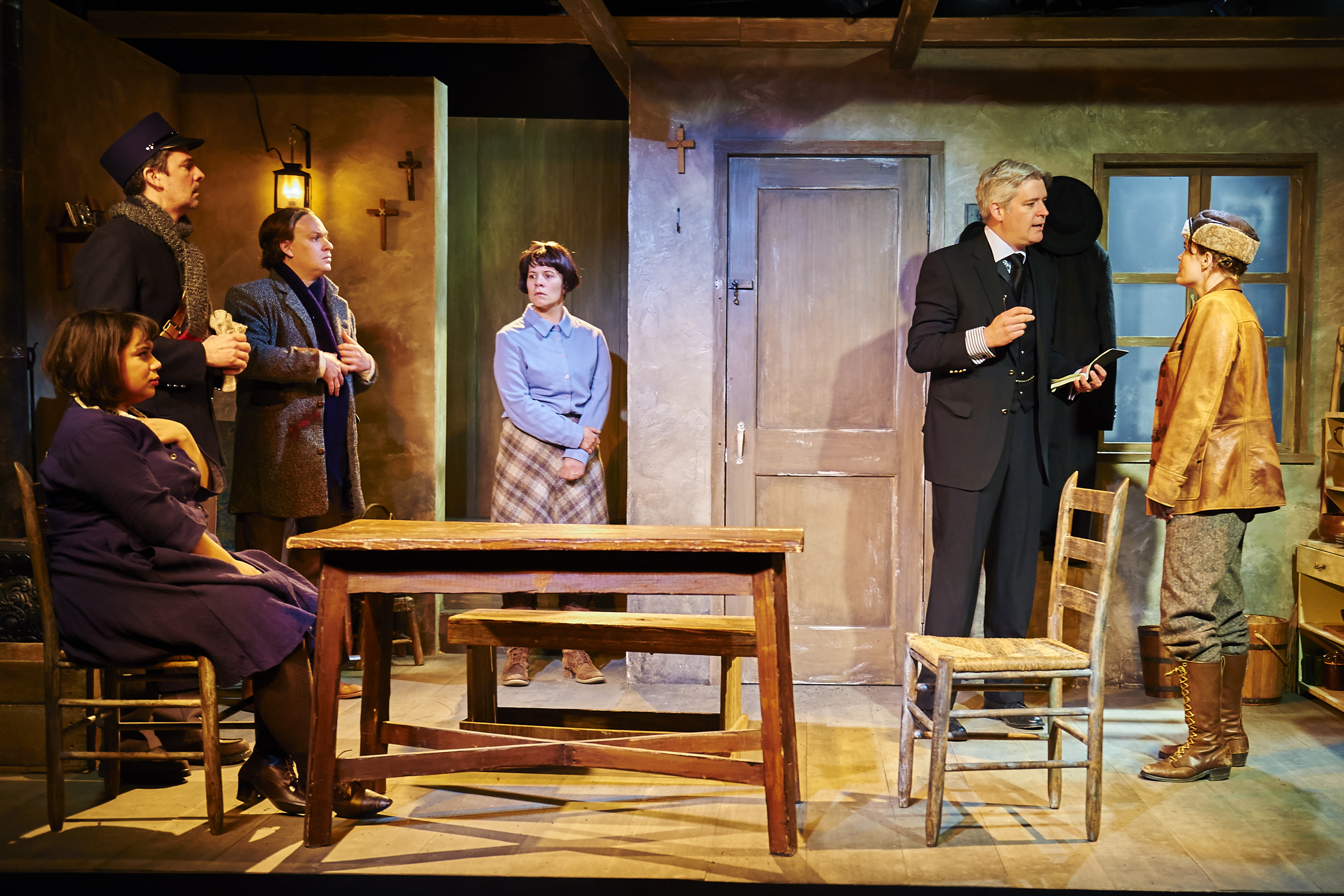 Continuing to carve out a captivating niche, local playwright Calamity West turns her imagination toward the unsolved murders of a family in rural Bavaria after the first World War.

West is uncanny in her ability to locate moments that speak to the era in which they occur: a disgraced internet-era journalist shacking up with a family that does not understand her shame or ambition; a musician trapped in a French hotel room as the potential of the late sixties collapse around him; a New York couple on the verge of a reckoning as the Berlin Wall tumbles down. What appear immediately as pop-culture exercises (entertaining ones at that) are actually liberated history plays, aesthetically selective about what elements they hold on to and which ones they let go.

The third world premiere of her work in as many years, the catch-22 between West and her audience is that we are the first to witness her unique vision, yet there is regularly the sense that the evolution of her work will outshine the initial sparkle of her approach to the material. This is a natural symptom of being a world-premiere kind of theater town but with West the sensation is especially gnawing since her plays, this latest one in particular, seem like they are on the verge of saying what they came to say only to end just before doing so.

Where in her previous plays this affect has given the impression of being unintended, here it feels like a part of this play’s DNA. A true-crime mystery crossed with a ghost story, “Hinter” is a play with many hints. A family has been murdered but by who and why? The procedural of the first half feels almost secondary to the confidences exchanged in private moments throughout, the most significant of which functions as the tragic crux of the play. Moving backwards in time after the act break, West expands the relationships of the first half and provokes more questions than she answers.

“Hinter” feels at times like a diagnosis of spiritual depression for a region that has recently lost a war and will soon go on to lose another. There is little way to credibly spin such a loss to the rural farm towns whose male populations have been decimated, leaving the women there in a state of unanticipated independence. If World War I was begun by the murder of a high-profile figure for very specific reasons, “Hinter,” set years after the war’s conclusion, is just the opposite though the results are no less impactful for the characters of this play: an apparently random and savage act whose only affect will be to haunt a small group of people until their deaths.

The play has a significant ensemble of well-defined characters, none of whom are given any more or less attention, even when the focus of the play is shifted to the soon-to-be-murdered family. In recasting the historical events with a dominantly female-identified cast, West taps into the differences between how women and men react to horror. The men desire either to solve the crime themselves for self-motivated reasons or be rid of its insistent enigma altogether. Meanwhile the women grieve with each other in a shared understanding that the dead are dead; glory is no antidote to death’s finality. Bonded by mutual empathy, they are nevertheless suspicious of each other and not without reason. Secrets swirl around this small house and only some of them are supernatural.

Whether because of the mystery or the milieu, this may very well be West’s most enticing play to date. If subsequent drafts find a way to extend the play’s dreadful uncertainty, it could achieve a degree of haunting that will be difficult to dislodge. Even if the murders at the heart of the play cannot be resolved, “Hinter” could still be a revelation. (Kevin Greene)