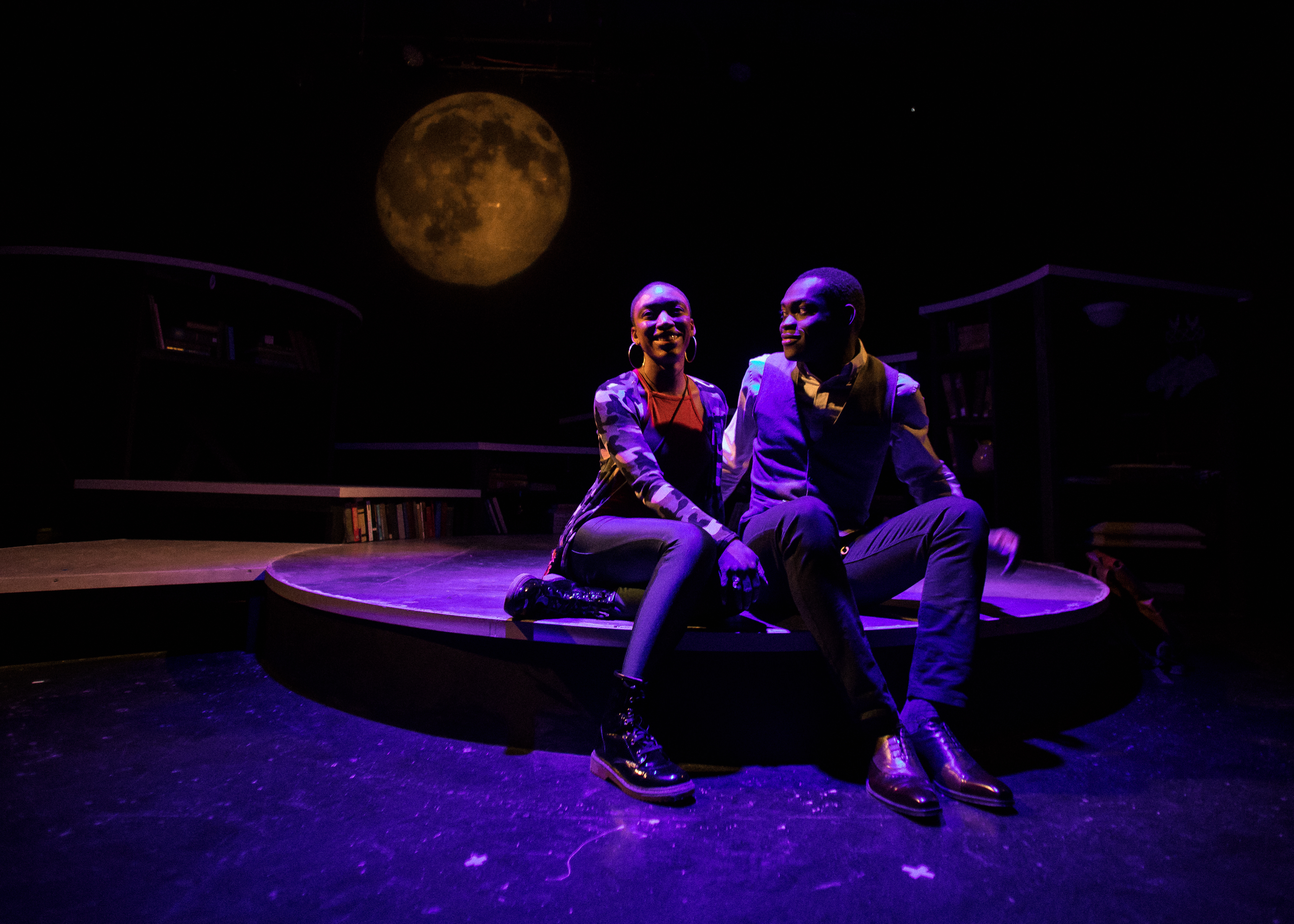 A small, sweet play following the inflammatory comedy of “An Octoroon,” Definition Theatre Company returns with the Chicago premiere of James Ijames’ “Moon Man Walk,” a play about the mechanisms of modern families. Beneath the play’s deceptive simplicity is the complex matter of growing up, as tall tales of childhood meet the psychological demands of adulthood. Set on the border between bedtime story and waking nightmare, Ijames applies tenderness to the stigma against absent fathers, single mothers and their projected-upon progeny, unfolding an imperfect world where mistakes are made, although outcomes are not fixed.

“Moon Man Walk” describes the relationship between a young man, Monarch (Debo Balogun), and his mother, Esther (Shadana Patterson). Moving between the present and the past, it is evident that the two are thick as thieves, but not without their moments of discord. Between mother and child there is a limited amount of shared independence; as Monarch exercises his desire to know more about his father, Esther modifies their reality to fit a positive model for her son. The demands are occasionally too great for her and it is here that the play excels as realities clash with fantasies. Ijames is generous with his play’s use of perspective as we move between grown Monarch, young Monarch, Esther and the fictional version of Monarch’s father, an astronaut who has been abandoned on the moon. Each grapple with the uncertainties of their situation, as isolated from each other as planets in orbit.

Most of Ijames’ play is taken up by a grown-up Monarch coming to grips with the nature of his familial situation, often at the insistent behest of the mysterious and effervescent Petrushka (Channell Bell), a young woman who takes an earnest early interest in him, much to his own confusion. Inexperienced in the ways of the world, Monarch is drawn to and out by Petrushka. Leaving behind the sanctity of his predictable life, Monarch’s myriad anxieties manifest. And not without reason: the story of his past is rewriting himself before his very eyes as he undergoes the very adult process of understanding his parents as autonomous human beings, capable of secrets, guilt, shame and redemption.

There are a few moments that stir a light degree of incredulity (Why would a librarian buy books for himself on Amazon? Whose favorite song is “Smells Like Teen Spirit”?) and not all characters are fleshed out equally (Petrushka skews dangerously close to ‘manic pixie dream girl’ territory). Still, “Moon Man Walk” is winning in its sincere capture of the gravity of intimate relationships, a force enacted on individuals beyond their awareness of it. (Kevin Greene)