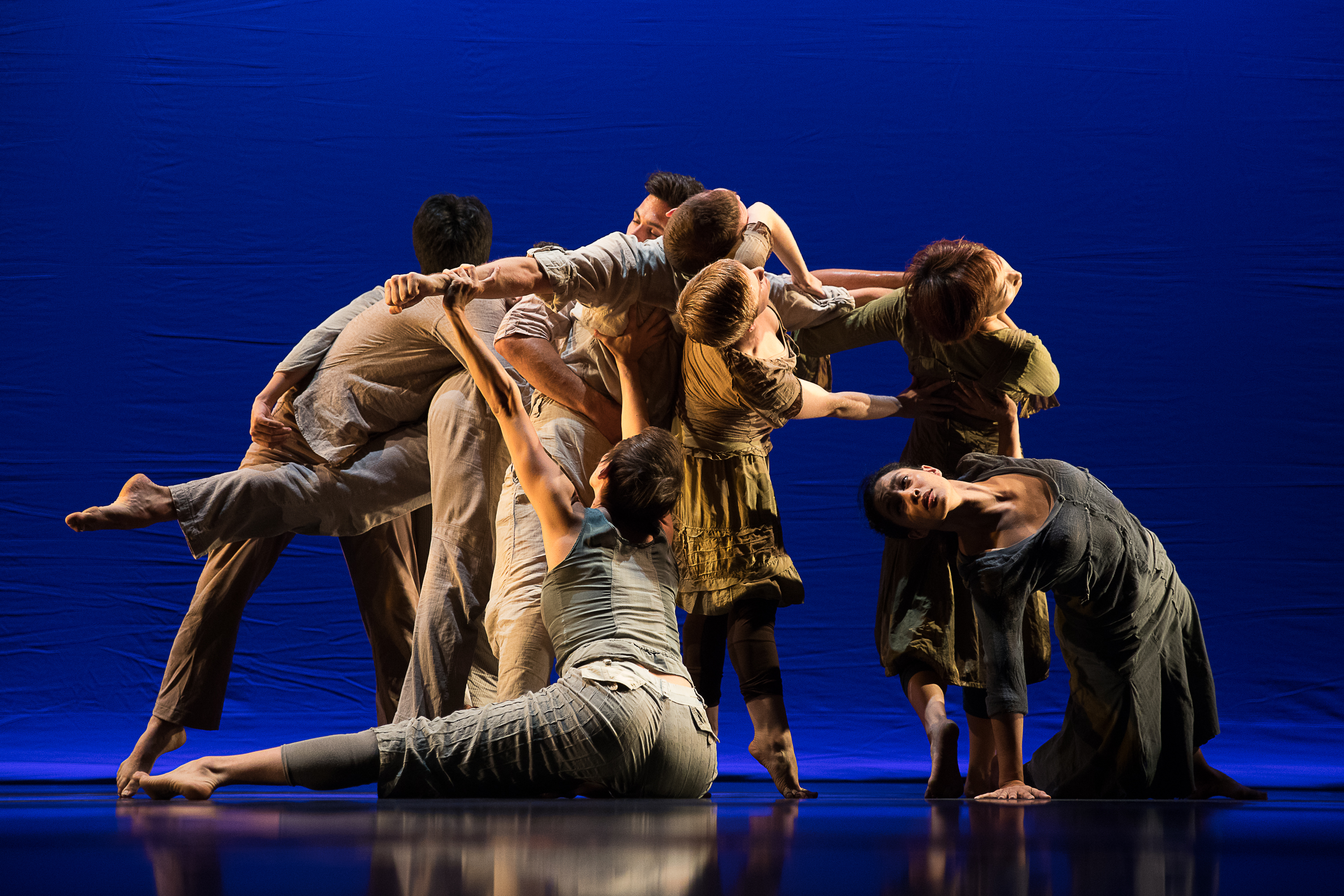 “Humanity” is a term popularly used to describe the work of choreographer Doug Varone. Varone is an internationally acclaimed director of dance and opera and his New York-based company, Doug Varone and Dancers, marks its thirtieth anniversary this year with a tour that includes the Dance Center of Columbia College—their first visit to Chicago since 2001. The program includes a rare performance by Varone in a companion piece to a solo he danced in 1987, and the moving ensemble piece “Boats Leaving.” “Boats” was crafted from a collage of images Varone gathered from newspaper photographs, and became a compassionate and timeless portrait of the compassion and resiliency of community. We spoke with Varone about the program via phone.

Could you tell me a little about the new solo you’ll be performing?
In 1987 I was just starting out (and I had hair) and I started a progress of building a vocabulary for myself. My vocabulary is built on the idea that there’s a dancer in every pedestrian. I was weaned on MGM musicals so I’m a huge fan of Fred Astaire and the extraordinary way he moved in and out of being an amazing dancer and a human soul that could walk down the street with great ease. I think as a young child that stayed with me, and has infused my vocabulary from day one, this idea that we can be great dancers with pedigree and infuse it with the human beings that we are. The solo from 1987 was the first time I felt I could achieve that in movement vocabulary and it’s something I’ve mined for the past thirty years. When Jacob’s Pillow asked me to create a new solo I thought it was the perfect opportunity to revisit a Chopin nocturne as an artist whose vocabulary has solidified and whose approach to musicality has changed greatly. The juxtaposition between the two solos—the first which feels very broad in scope and the second which feels immensely detailed—is really extraordinary. The first is much harder to dance though there’s less movement in it; the second, because it percolates in my body in what I can do as a dancer now, feels much more at home. 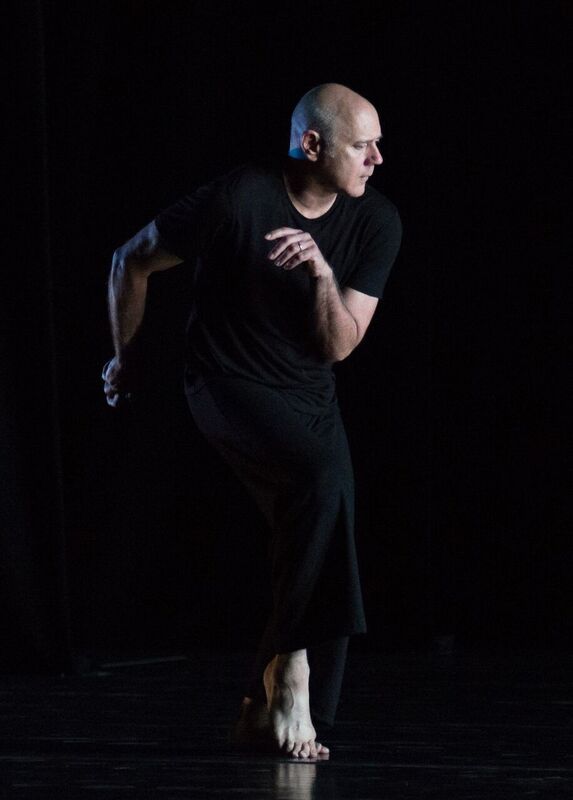 What does that say, do you think? Personally, and about your approach to movement with the company?
I definitely feel as I’ve matured as a choreographer. My sense of detail, of form, of structure, of musicality have all become more refined. I try, with a greater sense of purpose, to look for what’s within a movement instead of what’s on top of it. I think that’s true in the group work and the solo work I do. I think it’s also something that comes with being an artist at sixty versus being an artist at thirty. The things that define us are life experience and the things I’ve gone through in the last thirty years have influenced the choices that I make.

A lot of reviews speak of the humanity in your performances—and your mission statement refers to this as well. One thing that strikes me is the feeling that the movement comes from a very sincere and affectless place. How do you cultivate that sense of openness and presence in your dancers?
I think it’s directed by non-direction. I’ve always been averse to performative dance and I really believe in the honesty of being on stage—the word “being” being key. If there’s a character to imbue that it is at the very heart of the performer as opposed to something placed on top of the movement. It’s a hard thing for dancers sometimes, to become who they are on stage instead of something else. I encourage it; very often it’s about directionless directing, being able to cultivate community on stage that’s as real as the community of artists who created the work, so there’s a truth in how they present themselves and in turn there’s a truth to how they present the work.

That sense of community is a central theme in “Boats Leaving.” In the short documentary about the making of the work, dancers talk about the communal spirit and deep emotional connection they had to that piece.
It stayed in our repertory for a while, but in the last year or so a lot of presenters have asked for it. There’s a beautiful sense of timelessness and healing in terms of what we’re going through in the world right now. In our darkest moments we can rise together.

The story of the source material and how you built it is fascinating. And in it is the idea of communities growing and changing—people entering and leaving. I’m curious; how do you teach this to new dancers who didn’t go through the process of creating the piece from scratch?
Very often the dancer who is leaving the company teaches the role and passes the information on. One of the things I’ve learned over the course of having a company for thirty years is that every company member needs to have a place within the community, so I encourage individuality in all of my dancers. I allow them to live in the work as if it was created on them, to make choices that feel as if they are right in the moment and are right for them, then direct them in terms of what the original choreography is so there’s a meeting point. They have ownership over the roles they step into, but fit into the framework of the choreography. Which I think is maybe a little unique. I don’t press steps into existence for people.

And what a lovely way to preserve repertory and yet have authenticity in performance.
It’s one of the things I love about the art form. And it can also destroy a work. But what I love about it is that every time they step on the stage it’s a new piece; it lives a different life. I don’t know if you get that in any other art form. I love going back to works we created in the past and recreate them in new company members and have those pieces live new—as the artist I am today and the dancers they are today.