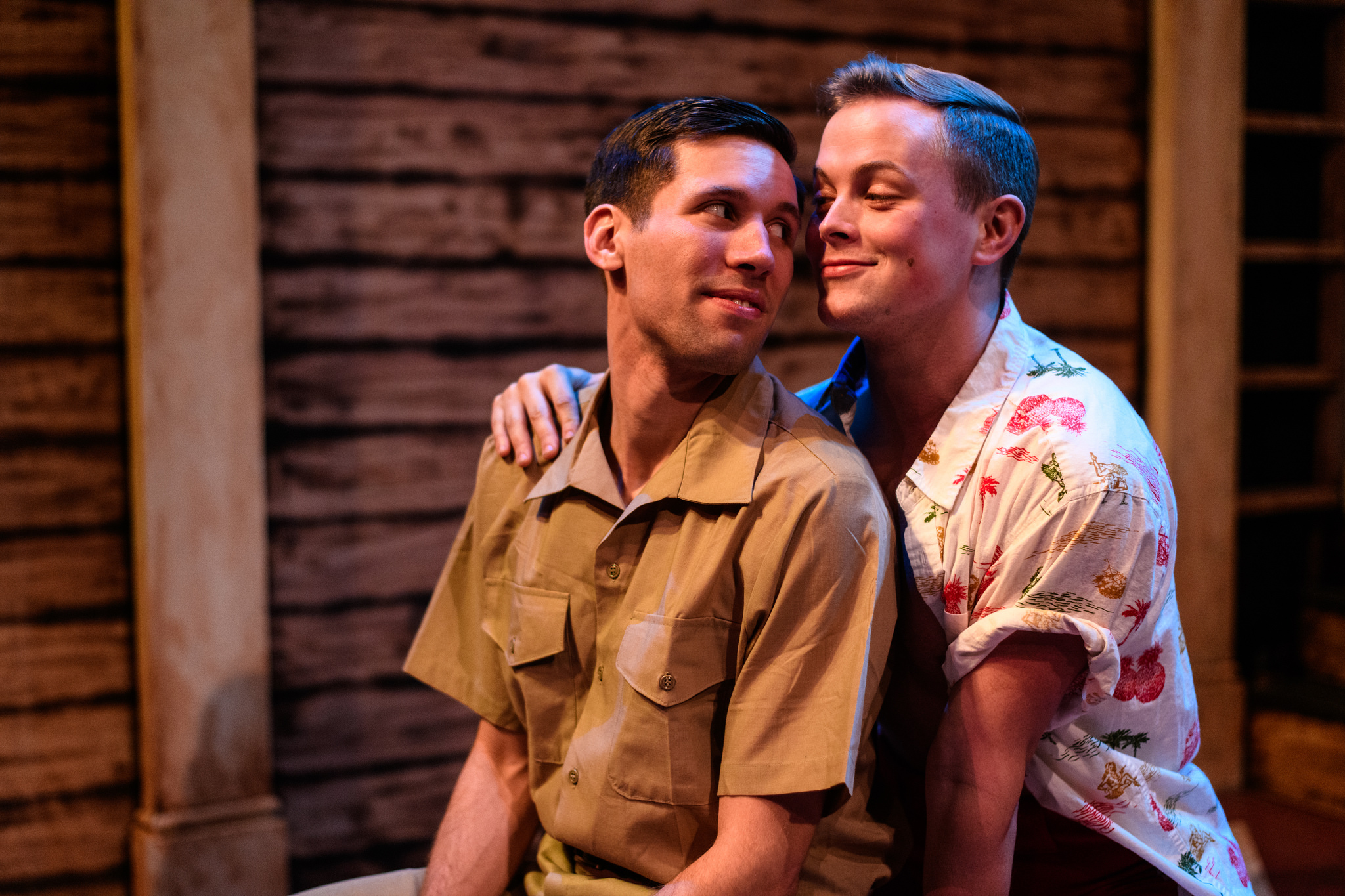 “Yank,” the feel-good World War II romantic musical currently playing at Pride Films and Plays, feels in every way familiar. It would fit in the canon of forties musicals to which it pays homage but for one significant difference. It tells a story that would never have been told in 1945, of the gay men who joined the military in that era.

In “Yank,” Stu (Matthew Huston) is drafted into the military and introduced to the gay underground by a photographer who recruits him to work for YANK, an Army magazine. But Stu’s feelings for a fellow private lead to a seemingly inevitable and horrific imprisonment.

It’s a nice play and it should be appreciated for what it achieves. Every gay kid who grew up watching Fred Astaire, Gene Kelly and Danny Kaye now have a musical that tells their story and the story of the gay men who came before them, complete with a show-stopping tap number in the first act. The performers do a lovely job. The script and music may lack originality, but they achieve what they set out to achieve.

It’s the sort of play that Pride Films and Plays can bank on: clever, on-brand, and on-mission. But this new musical still features elements of classical musical theater that we could live without, the seemingly unending song in act one wherein the fellas in Stu’s squad wax poetic about the pin-up girls whose photos they have stored in their pockets being chief. I understand the plot progression of expressing that Stu feels left out of toxic-masculine heteronormativity but that could have been achieved in a brief moment of dialogue rather than the four minutes of sexism that all the women in the audience have to sit through. Future iterations of this show could consider making an agreement with the writers to cut that song.

It was also disappointing to see another majority-white cast that featured only one woman. It felt eerily like watching those old forties musicals but perhaps not in the way that Pride Films and Plays intended. (Emma Couling)