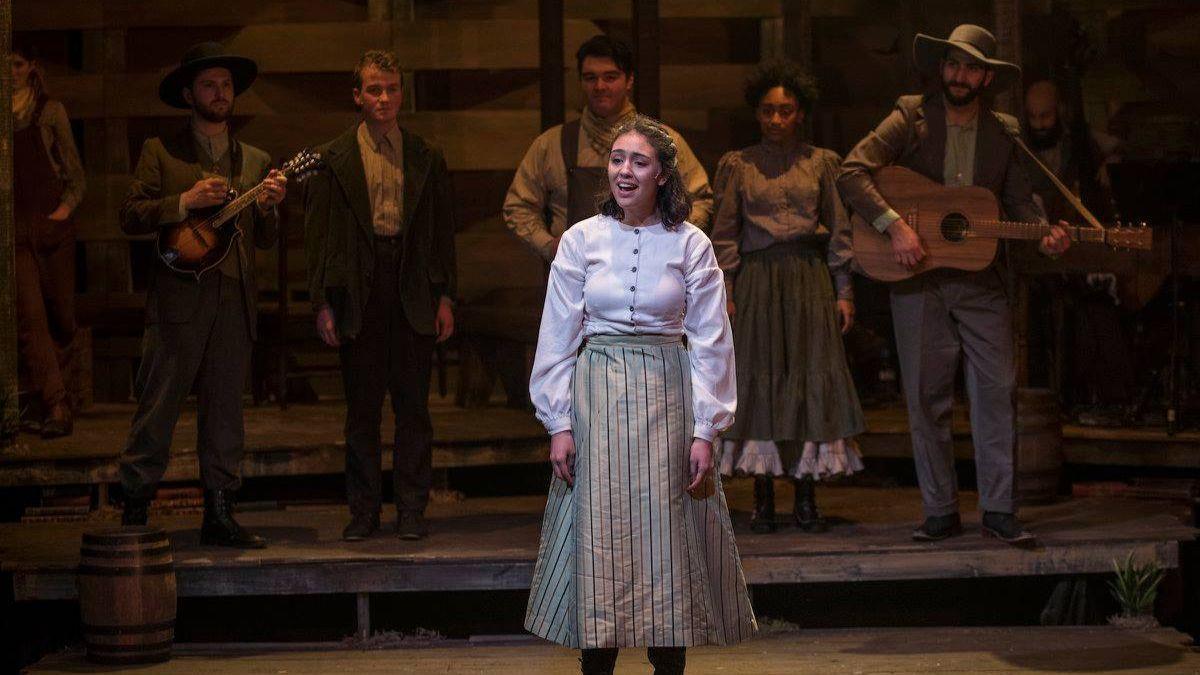 House Theatre’s “Hatfield & McCoy” is a retelling of “Romeo and Juliet” through the lens of the infamous 1863–1891 West Virginia-Kentucky feud and the historic relationship between Roseanna McCoy and Johnse Hatfield.

Though the performances are good, the script is clunky and often feels like a bunch of Shakespeare quotes shoved together in a semblance of a plot. The songs and music are lovely but do very little to progress the story. The multiple, lengthy play-within-a-play conceits do nothing but provide what some might call comedic relief. The women characters are defined by their relationships to men or to their children. The first scene features a ghostly narrator who gathers up most of the dead as the play progresses. But he has no resolution, much like the play itself. And unlike “Romeo and Juliet,” there is such a level of carnage by play’s end that there’s really no one left to learn a lesson or carry on the story. The feud doesn’t end in understanding through tragedy, it ends in near-complete elimination of both families.

Regarding said carnage, the verbal pre-show warning that this show features “a lot of guns and they are loud” (in addition to any signs that may have been in the lobby) does not seem sufficient to express the number of stage firearms featured or the willy-nilly fashion in which they are pointed in every direction. Actors dance and twirl, firearms in hand, doing quite the job of pulling the audience out of the play. This is in addition to a scene in the second act where a character protects himself from the blows of a hatchet by holding a bench that splinters everywhere above his head (fragments landed in the front row).

If you’re going to retell “Romeo and Juliet” (which is a tired choice), then why strip it of its moral? If you’re going to tell the story of Hatfield and McCoy in 2018, why not tell the truth about Roseanna and Johnse (he impregnated her and abandoned her after he decided he liked her cousin better) and have a real artistic discussion about the use of toxic masculinity as a weapon in feuds?

All in all, a humdrum evening at the theater. The House Theatre is creative and their plays are beautiful to look at, but I look forward to the day when their scripts and stories are as thoughtful as their spectacle. (Emma Couling)