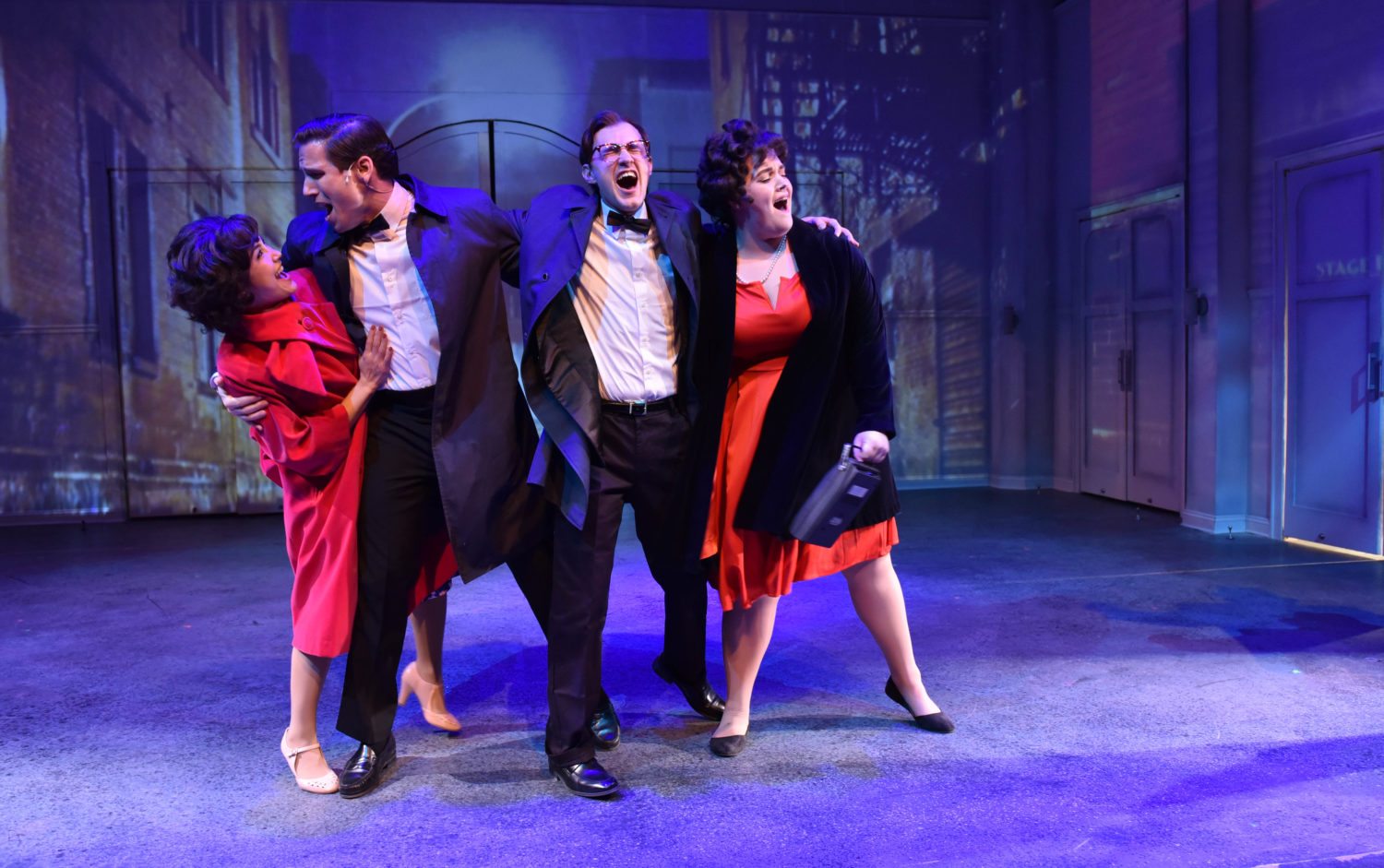 When Stephen Sondheim’s 1981 musical “Merrily We Roll Along” screeched onto Broadway it was met with the kind of heavy criticism that resulted in a meager sixteen performances, cementing its place in Broadway history as Sondheim’s greatest flop. The production at Porchlight does nothing to redeem this tired, masturbatory ode to Sondheim’s ego.

Originally written to be performed by teenagers (which begs questions like, “Why?” and, “What was Sondheim thinking?” and “Has Sondheim ever talked to a teenager?”), the production at Porchlight features a cast of twenty-, thirty-, and forty-somethings trying desperately to inject life into the story of Franklin Shepherd, a remarkably talented musical theater composer who treats everyone in his life like garbage and forsakes his friendships and any real connection to another human being in the name of money and the sexual exploitation of the women actors he works with. I am certain that at some point in this life-story-told-backwards narrative the audience is meant to sympathize with this hurtful, abusive, privileged man. I am also certain that all I wanted at any point in the play was for more bad things to happen to him or for the play to end.

As Franklin Shepherd Benjamin-Buttoned, I felt myself age. The two-and-a-half hours I spent in the theater felt like years of my life. The caffeine I acquired at intermission to assist me through the second act was not sufficient to keep me engaged and I found myself staring at the ceiling thinking about my to-do list while the actors sang out the worst definition of friendship I have ever heard. If the best friendships in your life are ones wherein your loved ones “live and let live,” “let you off when you’re wrong” and “[don’t] point out your lies,” then I can’t be sad when those “friendships” fade. They weren’t friends. They were enablers.

The performers are all talented, the projections are extremely helpful (the plot is so convoluted that I would’ve been utterly lost without the news articles thrown on the walls to help me along), and the music is expertly executed.

Why on earth did Porchlight decide to do this show? With all of Stephen Sondheim’s beautiful canon to choose from, why do his biggest embarrassment? In a year when society is taking down the myths that allow men to be venomous, abusive fiends without consequence, why present a piece that attempts to justify their behavior? How I long for the day when we will put the “genius man is terrible to everyone in his life but is so lonely we feel bad for him” narrative to rest.

What a shame. Imagine if all that power on that stage was put to use for something real, beautiful, thoughtful, engaging or brave. (Emma Couling)