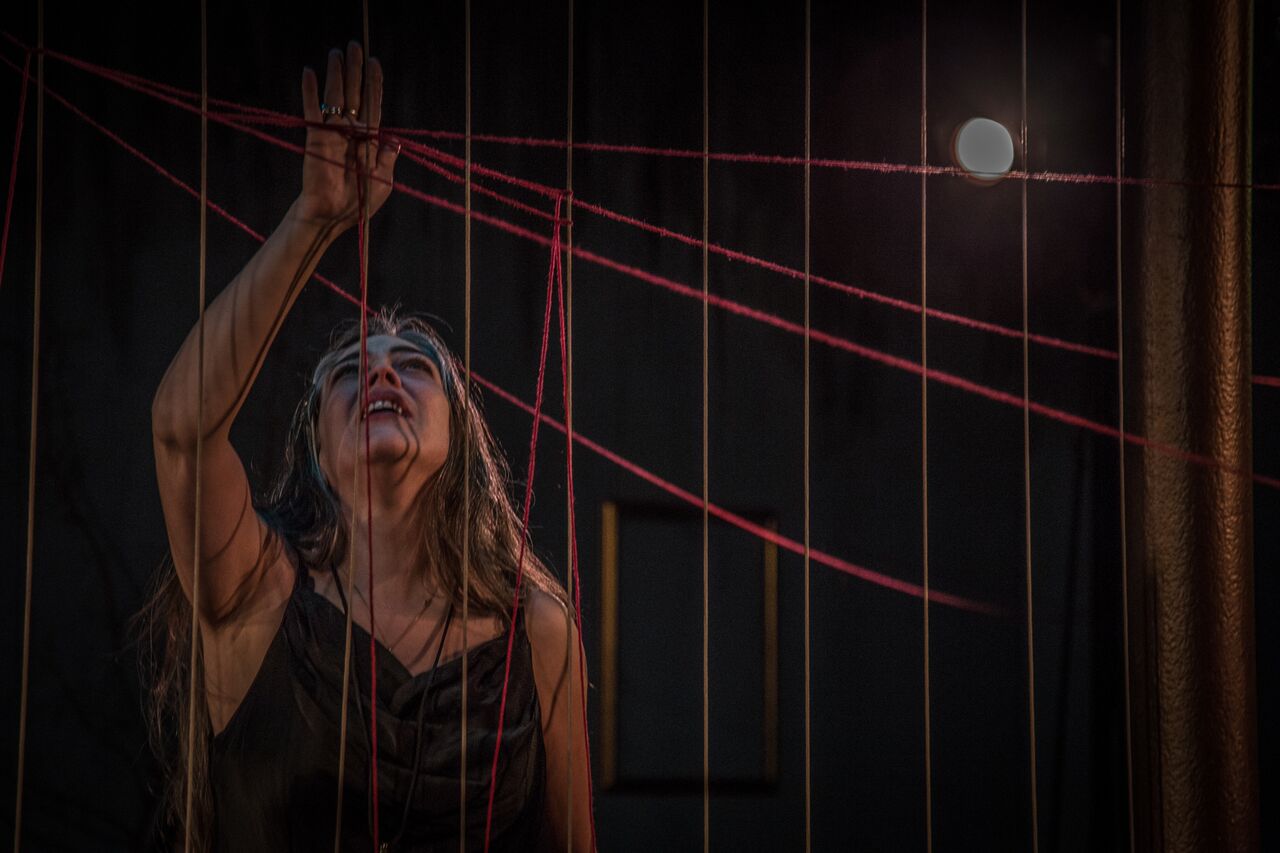 In “I Saw Myself” by Howard Barker, now at Red Tape Theatre, a widowed duchess endeavors to create a tapestry in monument to her husband killed in a war coming ever nearer her home. She’s horrifically abused and abusive. Making the tapestry makes her go blind and eventually the war comes.

This play features no less than two, arguably three, instances of simulated rape on stage. There is gnashing of teeth and throwing of chairs and gratuitous nudity. It puts forth terrifying lines like “To rage at someone is to love them” and “I will give you such a hard marriage and you will know that you are married.” It is triggering. It is unhelpful.

What is happening here?

Presenting trauma on stage helps no one if you have nothing further to say or if you do not cultivate the environment in which it is presented.

When did Red Tape choose this play? Was it before Harvey Weinstein and #MeToo? If so, why, once Weinstein and #MeToo and #TimesUp shook the nation, did they continue to produce it? Why did they think it was a good idea in the first place? Who benefits from watching multiple instances of simulated rape onstage? Does anyone?

If you are lucky enough not to have experienced rape and domestic violence and not to have had to face its effects on your friends and loved ones, do you need theater to tell you that they exist? Do you need this type of theater? Do you need theater written by a man and produced by a man, through the lens of toxic masculinity? Have the past four months not been enough? Is the testimony from the hundreds of victims of Larry Nassar not enough? What about the generalized history of the world? Is that enough? Or is it just easier to digest in the arts than it is in real life?

Howard Barker’s legacy is that of the type of decrepit, washed-up playwright who refuses to face the consequences of his own work. In response to a recent racist play of his that featured yellowface he said, “I have contempt for messages in plays. I’m not trying to influence anyone.”

Tough. Choose to do something else with your life then. Playmaking is to influence. There is no such thing as apolitical art.

By producing such a playwright, Red Tape has tethered their legacy to his. What a shame for a company with such potential, at the launch of their Free Theatre Movement. The complicity of participation as an audience member is not worth the free ticket. (Emma Couling)