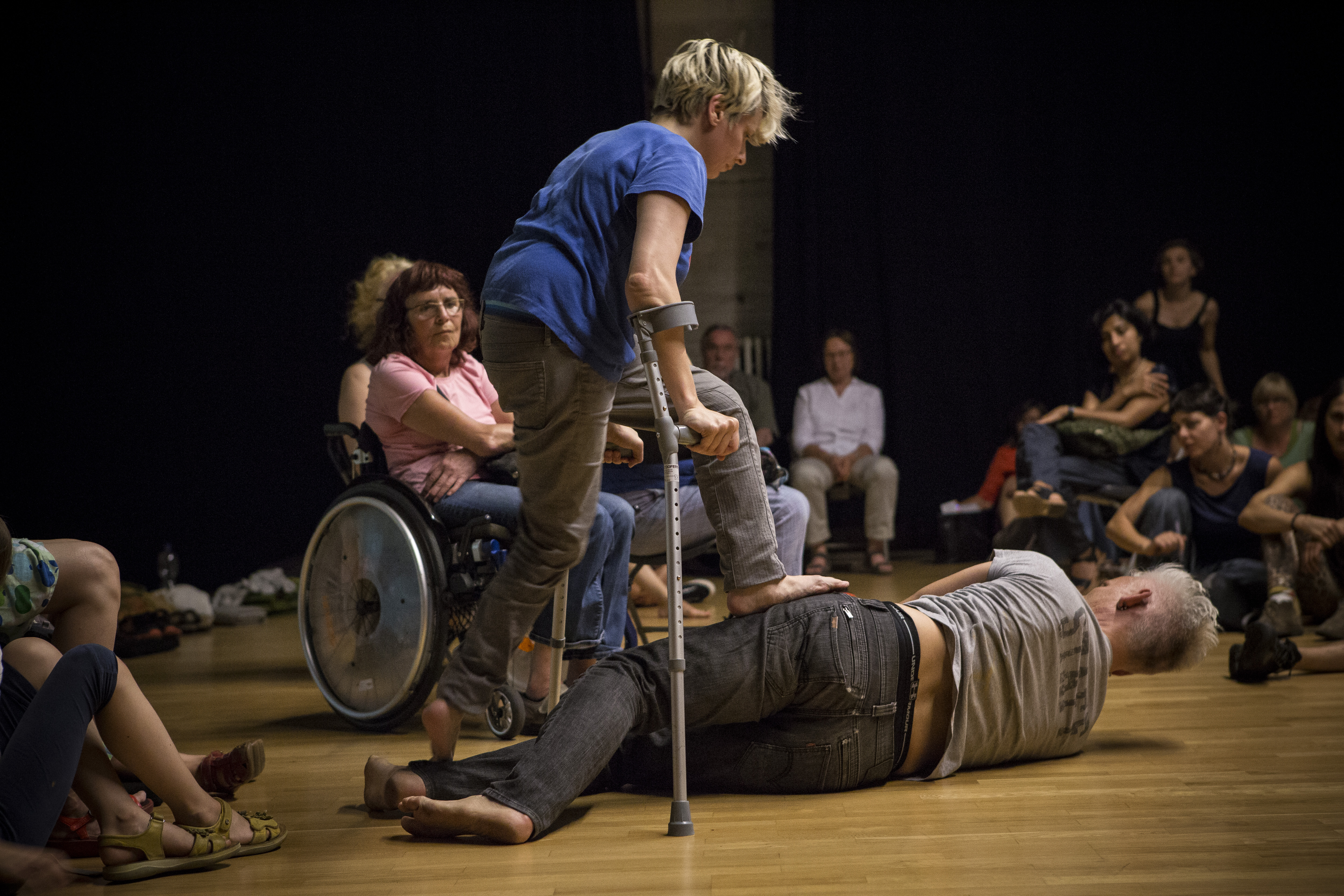 Claire Cunningham and Jess Curtis in The Way You Look (at me) Tonight. / Photo: hagolani.com.

Partners and collaborators for more than ten years, Claire Cunningham and Jess Curtis, after touring their latest work around the country, travel to Chicago for a short run of “The Way You Look (at me) Tonight.” The evening-length piece is rooted in philosophical notions applied by frequent collaborator and professor of philosophy at the University of California, Berkeley, Alva Noë, and audience members will find they themselves within the space of the performance. “It’s connected to perception, to how we perceive and are perceived in the world,” Cunningham explains. “It’s really about engaging with Alva’s theories of how we perceive the world through our bodies.” Integrating the audience into the space of the stage is also partially drawn from Beuysian notions of social sculpture. “We bring audience onstage with us and we’re performing in and amongst and around you all, and you all are more physically activated since we’re not pointing you in one direction,” explains Curtis. “You have a lot of choices about how you sit and orient yourself in the seating and then we all kind of get to see each other all night long, watching each other in these certain ways.”

Curtis sees Noë’s holistic, pre-conceptualist notions as “a part of a wing of contemporary philosophy known as ‘enactive perception,’ with the idea that we enact our perceptions, that what we perceive in the world is directly tied-in with how we move in the world, so you see what you see based on where you point your face and all of our senses are intrinsically tied up in the way that we move so that, on the one hand, we build a whole set of skills to do that and, on the other hand, our access to the world can be blocked by how we can move in the world and how are skills for perceiving other people are [formed].” Defined by movement, and by the duo’s work to structure the audience interaction to emulate these notions of identity-formation in action, Cunningham’s also eager to point out that the space they’ve created is also intentionally salutary. “It’s also quite a fun show,” Cunningham chimes in. “It’s all these quite big concepts of philosophy and intersectionality and identity, but it’s also fun and lighthearted as well. On another level, it’s also just about Jess and I’s relationship and friendship over ten years.” Of course, since they acknowledge it was Curtis who originally suggested she aspire to tackle dance work that ranges beyond the limitations of her crutches, it clearly demonstrates the rapport of a knowing bond between them—one the audience will delight to participate in. (Michael Workman)