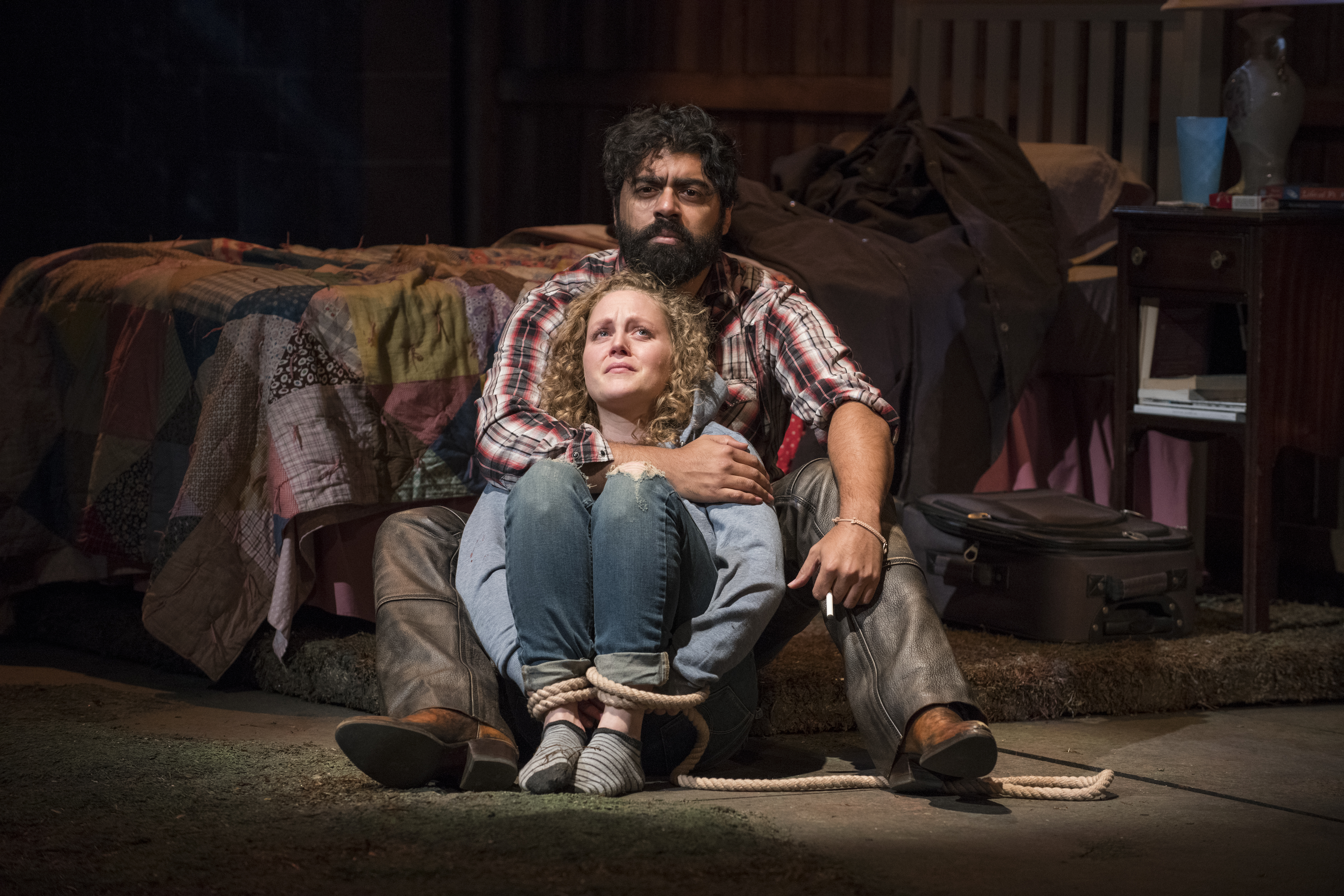 The Chicago premiere of Clare Barron’s “You Got Older” at Steppenwolf feels like an acknowledgement that times are tough. Which, in this context, is to say that we are living in an era of budding political awareness where white people are uncomfortable about injustice and the part they play in it. The theme of cancer pervades this season at Steppenwolf (a friend pointed out that this is the third play to deal with it already), suggesting an anxiety about the uncontrollable and the ripple effects of a life-altering change that disrupts the placidity and formality of a life lived in relative comfort. Fair but also slanted. What Barron can engender in sympathy, she is unable to muster in empathy as her endearing family portrait passes by without much in the way of discord or drama. It is as if the playwright did not want to burden her audience with the kinds of familial conflict that the stages of Steppenwolf are rightly known for, but is also unable or unwilling to commit to the antics of escapism. The end result is so noncommittal it feels, like its anti-heroine, without purpose.

The play’s dramatic deficiencies would have been far more evident without the abundant gifts of this cast. As the daughter-father core of the play, Barron’s attention stays largely glued to Caroline Neff (Mae), whose practiced bluntness contrasts with the stuttering humility of Francis Guinan as Mae’s father. New ensemble members Audrey Francis and Glenn Davis get the opportunity to demonstrate their gifts for playing supporting roles, an underappreciated niche that has been notably missing in a season that has yet to feature Steppenwolf’s greatest asset in this type of role, Tim Hopper. Emjoy Gavino and David Lind sink into their roles, although each are left without much to work with and are largely defined by their relationship to Neff and Guinan. Gabriel Ruiz, making his second appearance this season (we can only hope the company is grooming him for a slot in its ensemble), plays a hyper-masculine, Marlboro Man fantasy that sheds some light into Mae’s subconscious or, at the very least, her libido.

“You Got Older” has two breathtaking scenes, and tellingly, they have two things in common: music and silence. Part of the way through the first act, Mae and her father are sitting at the kitchen table making the kind of limited conversation that will define most of their dialogue throughout the play, before Dad shoots up from the table announcing that he wants to play a song for his daughter. He returns with a smartphone and proceeds to play a heartfelt, emotional survivalist ballad by Regina Spektor. Spektor, who has carved a space between pop’s melodramatic, excessive and endless adolescence and the mature heartbreak of crooners like Jeff Buckley, is a winning choice for this scene as Guinan and Neff demonstrate their deep comfort with the stage, a characteristic in each that can sometimes go overlooked in the pleasing predictability of the characters they play: the former aloof, mopey, cool and reluctantly carnal; the latter affable, inquisitive, accommodating and melancholy.

The second scene comes at the play’s conclusion, which follows another that appears to break the fourth wall without explication or aesthetic motivation. The siblings, with Gavino’s Jenny dressed, fittingly, in a wedding dress and low-top Chucks, dance with abandon to an exuberant, reception-ready pop song, as culturally ubiquitous as it is infectious with lyrics instructing what its BPMs already necessitate: movement. It is a scene of sublime beauty and unrestrained joy, the kind of liberation that comes after the long gruel of a slow release. It is a culmination of the earnestness with which Barron approaches her material and subjects. Were the rest of the play to follow this path of action, it might not stall so frequently in dramatic first gear.

Barron is a playwright of some renown in New York, but for the life of me, I cannot understand the enthusiasm for this play. It is as if the theatrical gatekeepers have agreed upon Barron as an acceptable torchbearer for that bewildering generation known as millennials, someone they feel comfortable following and elevating for the service of their own cyclical, self-fulfilling prophecy. It’s not difficult to see why: “You Got Older” feels fixated on not ruffling feathers, a kind of tacit acquiescence to the status quo. A play that finds its characters drowning in the shallow end of the pool, I found myself wishing that they, and by extension Barron, would at least put up a fucking fight.

It is not that Barron isn’t a talented writer, it’s that the enthusiasm and opportunity for this particular work seem out of proportion to its quality and insight. We need more depictions of the contrarian waywardness of contemporary youth, especially as it reacts to the realities of a shifting adulthood, the boundaries of which are getting pushed further and further back like a frequently depressed snooze button on a day when you cannot bring yourself to get out of bed. Yet “You Got Older” is lacking in the kind of details that would make it singular and specific rather than broad and apparent. To remain unreachable can be a form of self-protection but doing so risks never making the connections that make living worthwhile. (Kevin Greene)