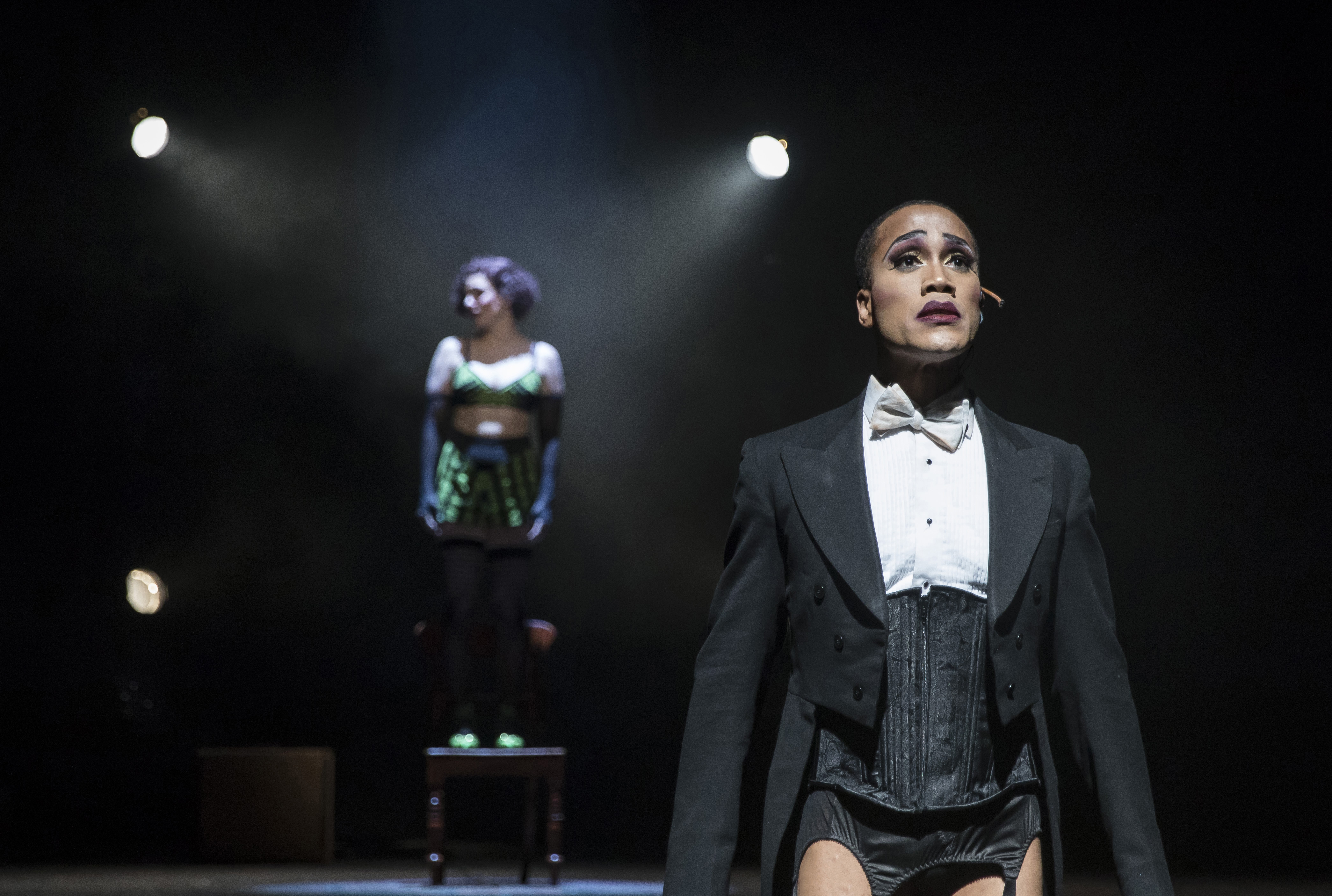 Imagine living in a proud but economically depressed country led by a bigoted madman intent on destroying the nation’s democratic foundations. “Cabaret,” which is now playing at Aurora’s stately art deco Paramount Theatre, is set in Berlin in 1931 during the waning days of the Weimar Republic and seen through the eyes of American expat Clifford Bradshaw. A wannabe writer, Clifford befriends a few political types as well as a seductive English nightclub singer named Sally Bowles. Performing nightly at the decadent Kit Kat Klub, Sally is forced to relocate when she suddenly loses her job (and with it, her bed). A reluctant Clifford allows Sally to move in with him and soon their relationship becomes as complicated as the changing political tides.

Director-choreographer Katie Spelman serves up a “Cabaret” that is both more sexual (with plenty of skin in the perfectly executed dance numbers) and intimate than is usual for the Chicago stage. This is especially evident in the Emcee (played exceedingly well by Joseph Anthony Byrd) who appears much less aloof (and subsequently less sinister) than previous iterations. When Sally Bowles stumbles in the closing scenes, it is the Emcee who rushes to pick her up. This emotional connection to the other characters translates especially well for his rendition of “I Don’t Care Much.” Kelly Felthous is also superb as Sally Bowles and nails each of her big solos. Other standout performances include Hollis Resnik and Ron E. Rains as the elderly lovers unable (or unwilling) to achieve happiness.

What stands out most in this production is its exploration of the individual characters against the backdrop of greater political themes. This is true even in the second act where the characters perform with the rising tide of fascism (in the form of a Nazi flag) literally hanging over their head. We feel them become unnerved and understand their futile struggles against a great evil. It is this expression of vulnerability that makes the production well worth the long drive to Aurora. (Noel Schecter)