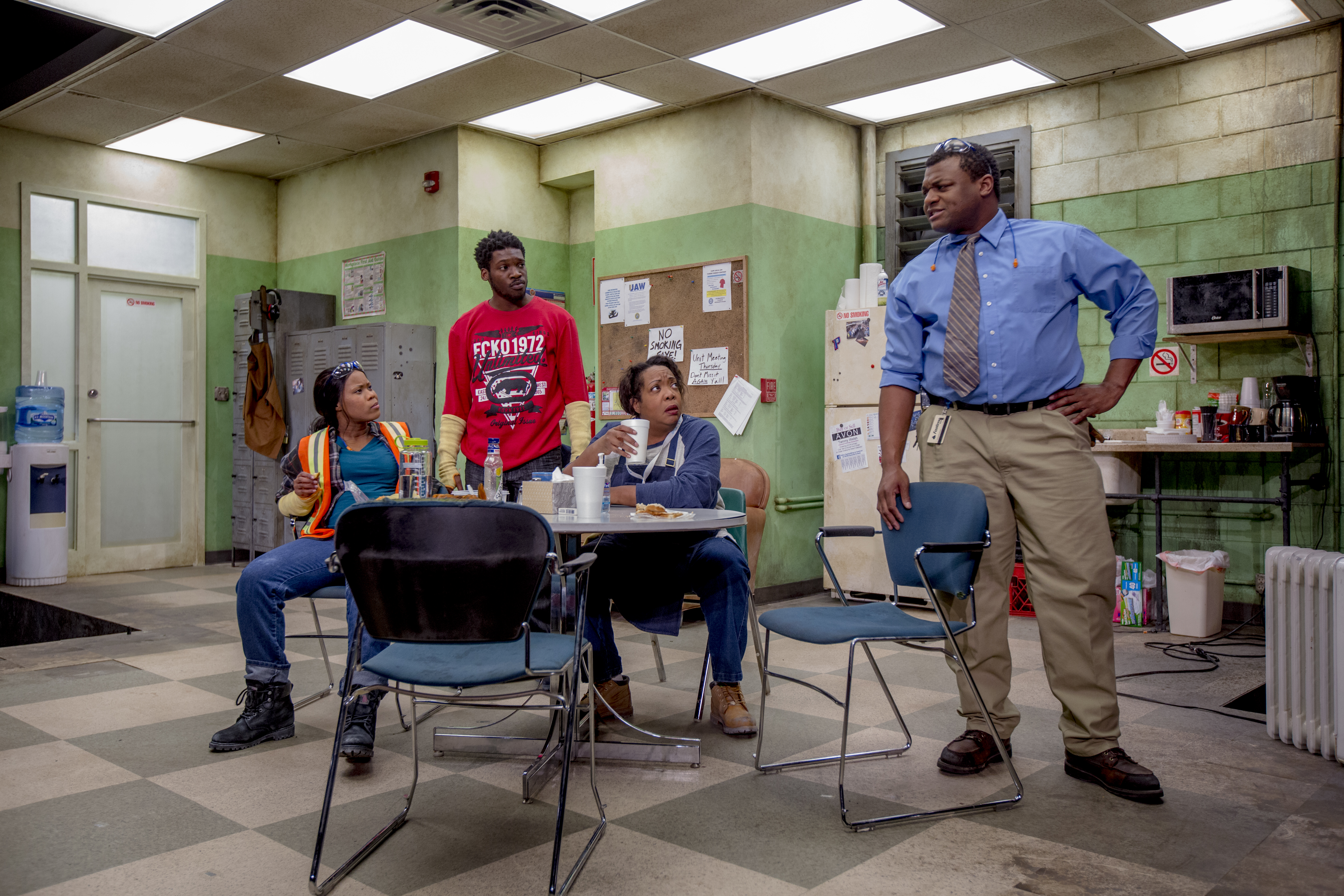 If “Skeleton Crew,” Dominique Morisseau’s 2016 play about soon-to-be-jobless autoworkers, had a theme song, it could be Leonard Cohen’s hymn to disillusionment, “Everybody Knows.” In the metal-stamping plant where the piece is set, everybody knows deep down that their working days are numbered, no matter what management says; everybody knows the union can do little to protect them; and everybody knows that their community and way of life, that of decently paid and semi-secure working-class African Americans, is on the way out, the victim of creeping industrial entropy in a gig economy world.

Inspired by August Wilson’s ten-play Pittsburgh Cycle, Morisseau has attempted something similar for her native Detroit (Northlight staged “Detroit ’67,” the first work in her Detroit trilogy, back in 2013). But while Wilson offers a wide range of personality types and a thick contextual background, Morisseau—co-producer of Showtime’s “Shameless”—goes more for television-style melodrama and feel-good uplift. As a result, the beautifully acted, gorgeously designed and skillfully directed “Skeleton Crew” is bone dry in terms of character depth and development, as well as social and political content.

The play takes place in a shabby-cozy break room just outside the factory floor. The four characters—three blue-collar laborers and a tie-wearing, loyalty-conflicted manager—cope with their jobs by flouting ever-stricter workplace rules as well as quarreling, flirting, shooting the breeze and otherwise trying to remind themselves they’re human beings, not industrial robots. Supervisor Reggie (Kelvin Roston Jr.) outranks the others, but moral authority rests with Faye (Jacqueline Williams), a union rep who has worked at the plant so long that, as she claims, “The walls talk to me.” A soul sister of Reggie’s late mother, Faye also functions as sharp-edged matriarch to the tough, pregnant Shanita (AnJi White) and reckless, seemingly cynical Dez (Bernard Gilbert), who has eyes for Shanita.

Veteran director Ron OJ Parson melds his four gifted performers into a tight ensemble whose interactions crackle with as much energy as the monotonous, heavy-handed script allows. Williams’ opening sigh of melancholic exhaustion as she sits to enjoy an illicit nicotine break is beautifully choreographed, saying all we need to know about her character’s mood and circumstances. Her moment of stolen pleasure is framed by Scott Davis’ remarkable mechanized set, featuring an overhead gantry with a traveling crane whose slow, rumbling movements suggest the playing out of an ominous and immutable fate.

And that’s the problem. Storylines abound here—the question of when the rumored closing will finally be announced, the mystery of who is pilfering materials from the factory floor, the budding romance between Shanita and Dez, the increasing pressure on Reggie from above to fire somebody, anybody—but they fail to generate much suspense, and the characters remain largely passive and wrapped up in their individual dramas.

There was a time when a play about embattled autoworkers fighting for their livelihood and dignity would not have been so resolutely apolitical. In Clifford Odets’ thirties-era “Waiting for Lefty,” for instance, the private narratives and interpersonal conflicts fade into the background as the taxicab drivers gradually unite and focus their collective anger on the bosses and system that are crushing them. “Skeleton Crew,” however, has little to say about class, power relations, democracy, solidarity or even race in this apparently all-black workplace. The play ends on the same note of resignation that it begins with, treating the factory closure not as a decision to be questioned and fought but rather as a fact of nature to be accepted and dealt with on an individual level. A lot of effort and skill are expended here to convey what is in the end a dispiriting message: That’s how it goes, everybody knows. (Hugh Iglarsh)