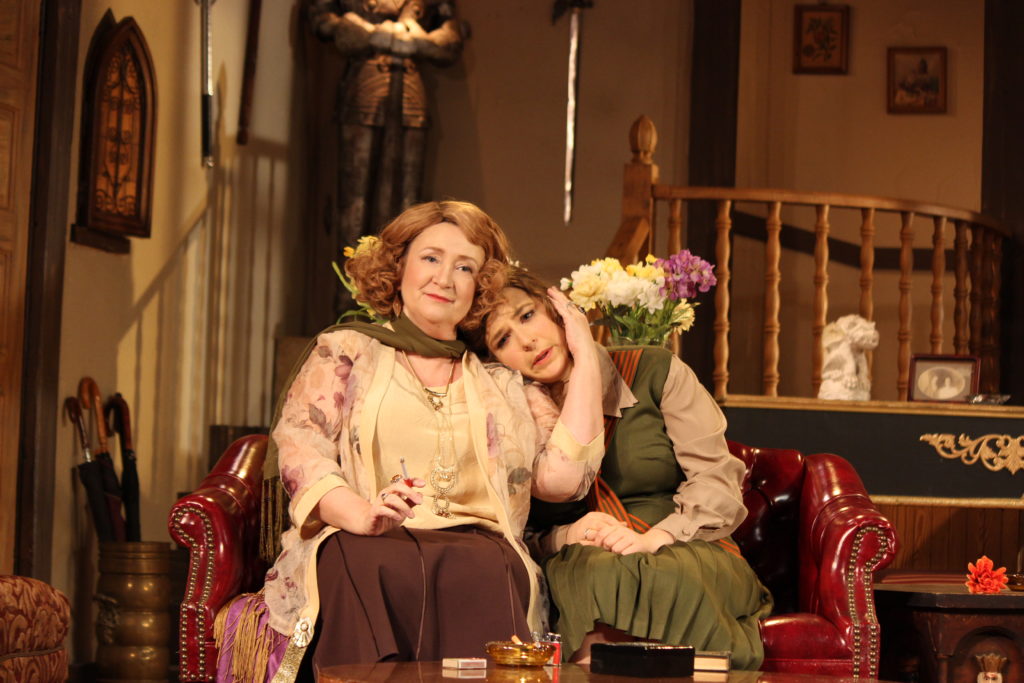 About fifteen minutes into Saint Sebastian Players’ current show my companion for the evening checked his watch, took my pen, and wrote a note on his program, “This is what you do for a living?”


I couldn’t blame him. He’s not a theater person and he is a POC. The most astonishingly racist line had just crawled out of an actor’s mouth like an ugly slug: “How nice it would be if someone invented something that could make our faces go up like the Chinese.”

“Hay Fever” tells the story (or lack thereof) of a rich family in the twenties in the English countryside who invite too many guests to their home for the weekend and then emotionally manipulate them and each other in a way that may have been hilarious in 1924, but in 2018 is either crushingly dull or horrifically offensive, depending on the moment.

I was always taught that Noël Coward was a satirist, that his plays about British aristocrats were meant to show the outrageous nonsense of the British aristocracy, not to uphold their lifestyle. But this production approaches Coward’s biting wit with all the verve of a particularly depressing episode of “Downton Abbey.” The only thing that kept my attention was the frequency of the particularly anti-Asian racist motifs that horrified me throughout. I wanted to leave or hide under my chair, or stand on my chair and ask why anyone felt this was okay, much less why my fellow audience members found it funny enough to chuckle at.

The racism isn’t the only reason why this show doesn’t succeed. The actors were chewing on the language like a particularly difficult toffee. The production was in sore need of a dialect coach and an intimacy choreographer. The transition between the first and second act was so awkward and lengthy that a smoker could have stepped outside for a cigarette and not missed anything.

But all of these criticisms pale in the face of the lack of vision that caused a theater company to produce a racist, nearly hundred-year-old script in the first place. If you are going to do Coward, you’re going to have to deal with philosophies that were acceptable in his time that are absolutely unacceptable in this one. And if you’re not going to deal with them in a thoughtful way you should either cut them entirely or not do Coward.

This city is rich with brilliant playwrights producing gorgeous, brave work in every corner. If you want to do a British farce, find a Chicago playwright who will write one for you. Pay them well, do a good job with the production, and join the twenty-first century. (Emma Couling)