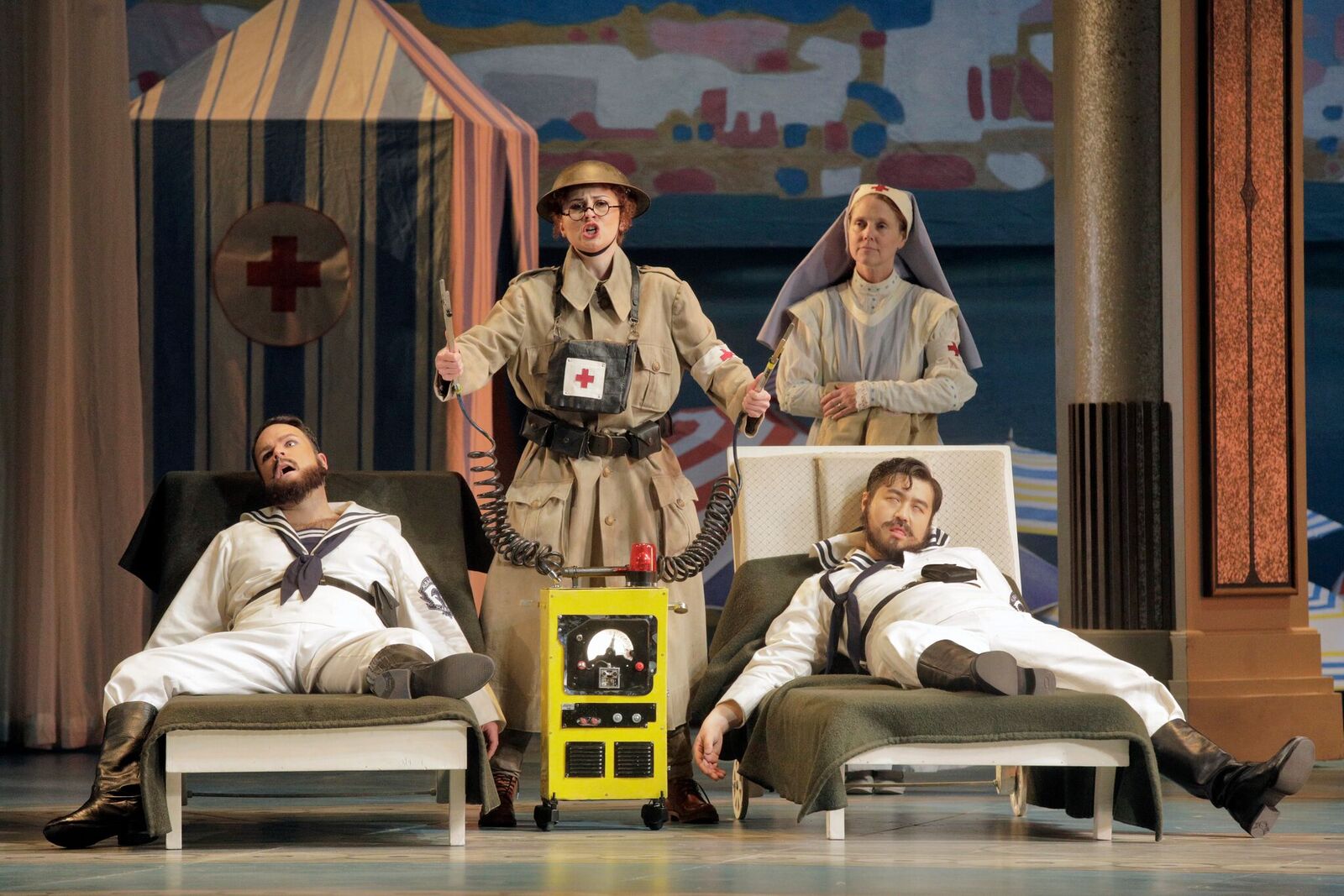 In the imperative era of the #MeToo movement, “Cosi Fan Tutte” is a devilish little bugger to program. With a premise built upon the notion that women are morally frail and unable to withstand the advances of virtually any man, and featuring a plot where two friends are goaded into donning disguises and wooing each other’s fiancés, rocky ground abounds, all of it crackling shale. Director John Cox’s production (seen here as recently as 2007) works to mitigate De Ponte’s now-unacceptable libretto, although it can’t be entirely liberated.

American conductor James Gaffigan (in his Lyric debut) keeps the troops in agreement. Rather than breathe with the music, he loves his composer too much, wallowing in leisurely tempi that sometimes robbed the pulse. Soprano Ana María Martínez, whose Tatiana in “Eugene Onegin” I vigorously applauded last season, sang a meticulously accurate Fiordiligi. This is not her role. When compared with the outpouring of the theatrical and vocal dynamics of Marianne Crebassa’s Dorabella, Martínez’s attractively husky instrument couldn’t rise to the occasion. Her portrayal, so important to the story’s trajectory, read as cold. Likewise, Andrew Stenson’s Ferrando suffered when compared with Joshua Hopkins’ vocally pungent Guglielmo. Alessandro Corbelli shines as Don Alfonso, the role in the senior baritone’s repertory that most easily hides any vocal scars gifted by his long and celebrated career.

As Despina, Russian-born Elena Tsallagova (in her U.S. debut) is a constant delight. I decried her every exit and groused for her return. In a role that makes little use of a soprano’s upper register, Tsallagova’s voice charmingly burrowed its way through substantial orchestration and the wide-ranging musical exclamations of her compatriots in Mozart’s dynamic ensembles.

Duped by the men, the women refuse to marry them despite their deceptions (as the original text touts), with their fiancés escaping into military service. Despina refuses Don Alfonso’s promised fee for assisting him in masterminding the trickery, weeping that she was outmaneuvered by mere men. Everyone is wiser and in various stages of grief.

This answers as best as possible. If we are to hear Mozart’s score, we must swallow some bile, hoping the director will give us a hand as we shuffle over the shale. (Aaron Hunt)