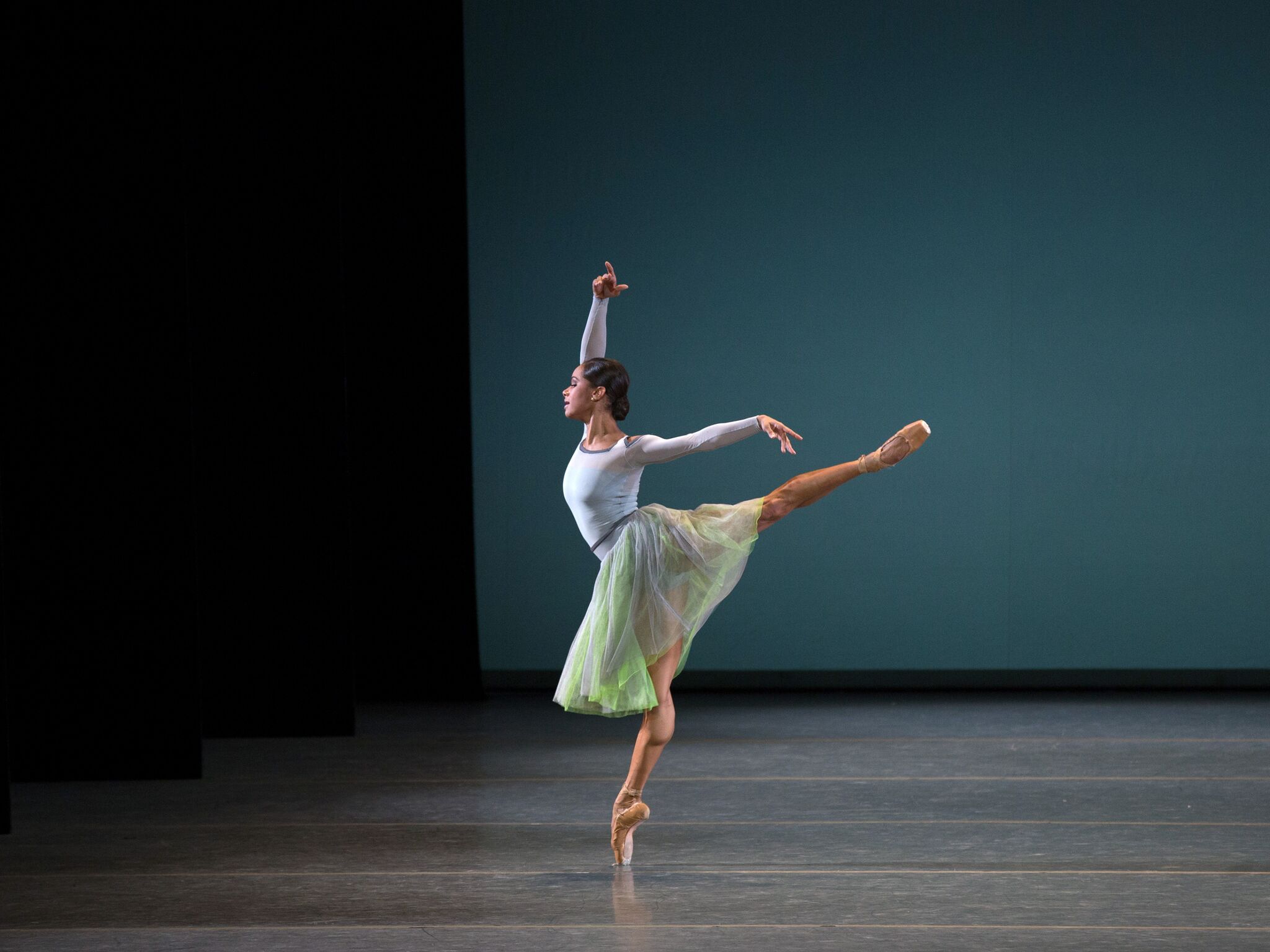 The Harris Theater filled to capacity for American Ballet Theatre’s first return to Chicago since 2014, with two programs featuring the latest from New York by Jessica Lang, Benjamin Millepied, Christopher Wheeldon and Alexei Ratmansky, as well as works by Antony Tudor and Jerome Robbins and the pas de deux from “Don Quixote.” Of wonders there are many: Hee Seo’s delicate lilt and sensitive rendering of the undercurve in the duet from Tudor’s “The Leaves Are Fading” and Herman Cornejo’s astonishing presence alone could justify attendance, to say nothing of Misty Copeland’s first appearance in Chicago since her promotion to principal in 2015. Yet the programs reveal weaknesses becoming endemic to large companies and those who seek to imitate them—a preference for the quick hit of the thrill rather than the slower cultivation of nuance.

As a bastion of ballet in America, ABT presents a monotonous view of the state of the art with its recent commissions. Ratmansky’s “Songs of Bukovina” (2017), which opened Program A, is structurally interchangeable with Wheeldon’s “Thirteen Diversions” (2011), which closed it, and Lang’s “Her Notes” (2016), which opened Program B, and Ratmansky’s “Serenade after Plato’s Symposium” (2016), which closed it. Each is a long work divided into sections that occur in story ballets (tableau by the group, pas de deux, trios and quartets, solos, and so on, to a group finale); however the movement from one section to another is here not motivated by emotion or event but rather by environmental changes: lighting and set (“Diversions,” “Notes,” “Serenade”) or sound (“Song,” “Notes,” “Diversions”). Two works claim themes—the seldom-heard compositions of Fanny Mendelssohn (“Notes”) and the speeches on love in Plato’s “Symposium” (“Serenade”)—yet neither seems more than yet another occasion for abstraction. What differentiates one from the other are ornaments, not substance—sets, lighting plots, costumes, the indication of folk dance in “Songs,” the gymnastic flourishes Wheeldon favors (a man launches a woman off his back into a cabriole; a woman bends over, picking her feet up off the ground with her hands as she walks; a man flips his partner caveman-style over his back, where she splits her legs and then drops to be caught in a shape derived from a classical fish, etc). That such compositions have emerged as a genre seems symptomatic of a desire for spectacle that does not require the commitment of feeling or attention, though, of these, “Serenade” stands out for showcasing ABT’s extraordinary male talent, particularly Jeffrey Cirio’s precise, mercurial speed and Calvin Royal III’s velvety fluidity.

Perhaps only by contrast, Millepied’s “I Feel The Earth Move” presents a unified vision of minimalism on a stage cleared of all adornment, to music by Philip Glass. Clad in short, unisex black unitards, dancers move like waves lapping across the stage, undulate their arms en masse, form rippling canons like Muybridge movement studies come to life, each one a frame in the film, before which a corona of sweat flickers, glittering, tracing out the radiant energy of a tour en l’air.

“The Leaves Are Fading” (1975) and “Other Dances” (1976) are aides-mémoires of ABT’s heyday—”Leaves” was choreographed on Gelsey Kirkland, “Other Dances” on Mikhail Baryshnikov and Natalia Makarova—each retains an afterimage of their originators that can’t be matched today. The “Leaves” pas was a lovely vignette of youthful lovers as danced opening night by Seo and Cory Stearns, softly as clouds drifting. Stearns’ partnership with Isabella Boylston in “Other Dances” the night after was more strained. Though competent with the technical elements, neither seemed comfortable with the simpler actions of walking, running and standing still. Pianist Emily Wong delivered Chopin with ease and grace. (Irene Hsiao)