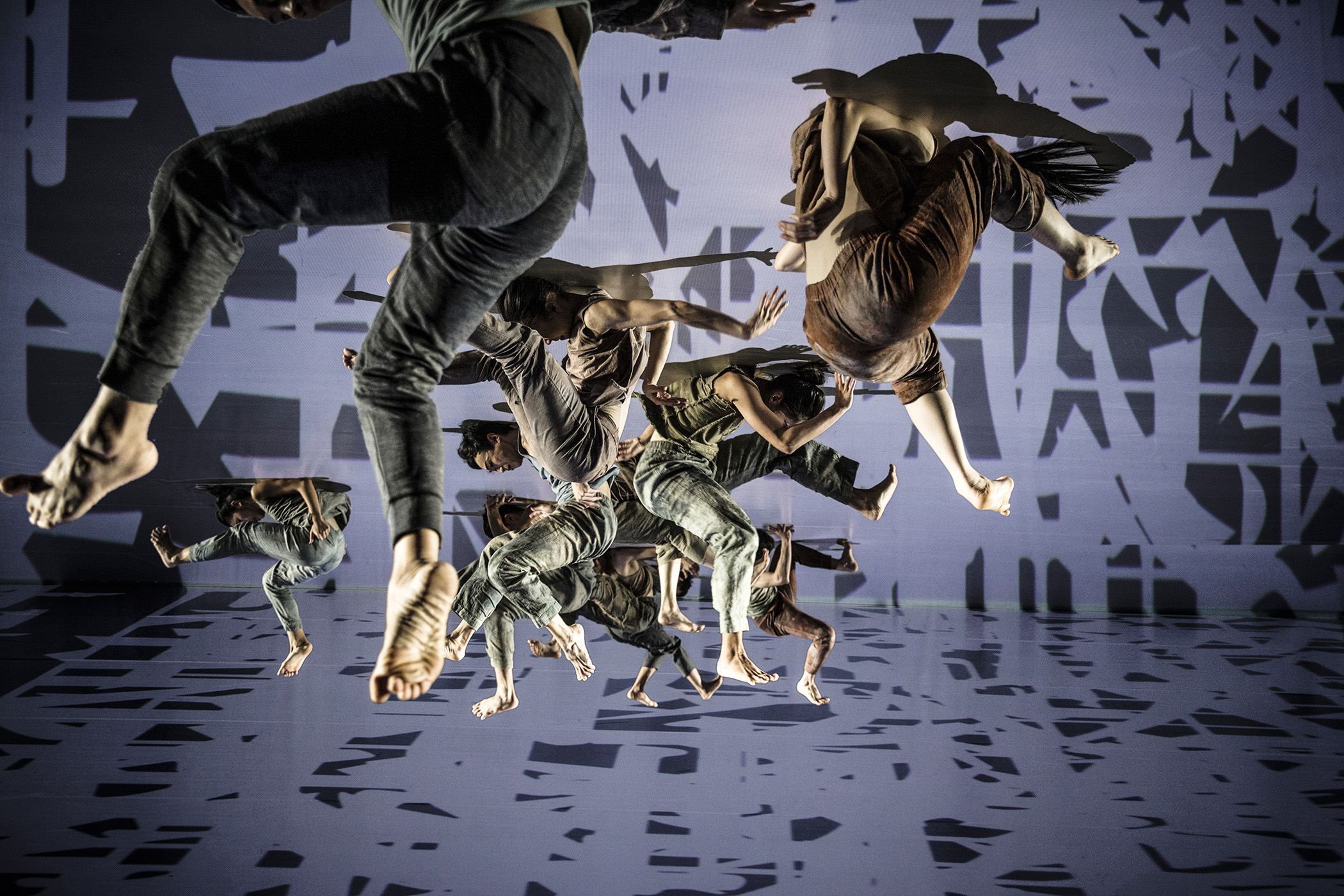 In 1970, a student at the University of Iowa’s Writers Workshop who was visiting from Taiwan decided to take up, as his required minor, modern dance. He loved the movie “The Red Shoes” as a child, but never had the opportunity to take a dance class as modern dance basically didn’t exist in Taiwan at the time. After finishing his MFA in 1972, he returned home to teach creative writing and by 1973, had founded the first professional contemporary dance company in the Chinese-speaking world. “I didn’t intend to become a dancer—I was twenty-three, too old,” Lin Hwai-min (now seventy-one) says via phone from Taiwan. “But people invited me to teach and I found students were very enthusiastic and wanted to perform. So as young and stupid as I was, I created Cloud Gate Dance Theatre, without any professional experience. I started the company for two reasons: one, because I grew up in the sixties and we were taught that young people can make a difference in the world and two, I thought I was a layman and could pass the company on to the real dancers in a few years.” Forty-five years later, Cloud Gate Dance Theatre of Taiwan tours the globe, performs regularly for crowds of more than 20,000. Lin has been awarded, along with numerous fellowships and honorary doctorates from six universities, the First Rank Order of Brilliant Star with Special Grand Cordon, Taiwan’s highest honor. He is considered a cultural ambassador for the nation.

Those who have had the good fortune to see Cloud Gate can attest to the accolades, having witnessed dancers who move with an impossibly subtle, inwardly generated fluidity and power, on stages transformed into vast, timeless landscapes. Cloud Gate performances are as much meditations as they are theater productions. In 2014, the company brought “Songs of the Wanderers” to Chicago, gradually covering the Auditorium Theatre stage with golden rice that fell in a stream from the heavens, descending on the head of a Buddha-like figure who stood in motionless meditation while human dramas played out around him. 2011 brought “Water Stains on the Wall, inspired by a conversation between two Chinese calligraphers from the Tang Dynasty to the Harris Theater. Cloud Gate dancers train in calligraphy, tai chi, qi gong and meditation as well as ballet and modern technique. I asked Lin if he had a background in those disciplines when he started the company. “Not really.” He says, “I tried them and I learned something—qi gong, martial arts, also ancient opera movements. I thought about what is ‘ours’ in how we view the body. Because there’s no professional dance tradition in Taiwan, we looked toward traditional techniques that have been built on our body types and aesthetic sentiments. Because it was the seventies, we didn’t have exposure to what was going on outside. I got my first VHS in the mid-eighties, so I didn’t know much about the West. All you could do was search around yourself; you go to museums, read, study ancient disciplines. We were so isolated at the time.” Lin reflects. “Looking back, I feel we were fortunate that way; otherwise we might have been locked up to become can-can dancers or something.”

The company returns to the Harris March 2 and 3, bringing “Formosa,” a commission for the opening of the new Cloud Gate Theater building in Taipei. The piece is as inspired by nature as it is by the power of language. “Because it’s a big event, I thought to do something about Taiwan.” Mr. Lin says. “I started collecting writings—poems, essays—about the life of the island. The visual landscape of the work is made up only of Chinese characters in typeface that become broken to form the mountains, rivers, cities and villages of the island. We draw a graphic landscape. Words communicate, words document, words get blurred through time, and also history can be rewritten or wiped out.” At one moment in the show, the characters become a massive block and drop “like an earthquake or a landslide. Some critics from Europe came to the premiere and saw in this moment a nuclear bomb. Words have power and words can kill. At the beginning there is a sense of community, in the middle there is conflict, gang-fighting. There is a kind of holocaust when the block of words drop. Then words become stars. When I reflect on the island, like many places in the world nowadays, the island comes with tidal wave, earthquake and internal strife, but we don’t give up. We look toward the starry sky. Because we’re using Chinese characters I thought foreigners might not understand it, but visitors in the opening season said they felt it was about them. Visitors from New York said, ‘That’s what we are after Trump took over.’ The British said, ‘That is Europe after Brexit.’ They identify with the work.”

Mr. Lin recently announced his retirement, scheduled two years from now. “Formosa” is expected to be his final work for the company, at least as artistic director. “I want to keep this energy going. Because we now have a building and many young choreographers, my retirement won’t be so drastic. I don’t want Cloud Gate to be like Merce Cunningham or Trisha Brown,” he says, referring to companies that exclusively perform the work of a single, founding choreographer. “Those cases alerted me. I would like to see the young people directing the company, to use their younger voice to communicate with the younger audience. I thought it would be nice if I announce it and then have two years of transitional period. My works will be in the Cloud Gate repertoire and they can repeat it when they need it. I think ‘Formosa’ will be my last full-length work. Unless the new director invites me to make one.” He pauses and says, laughing, “But they’d better hurry! I’m getting old!”