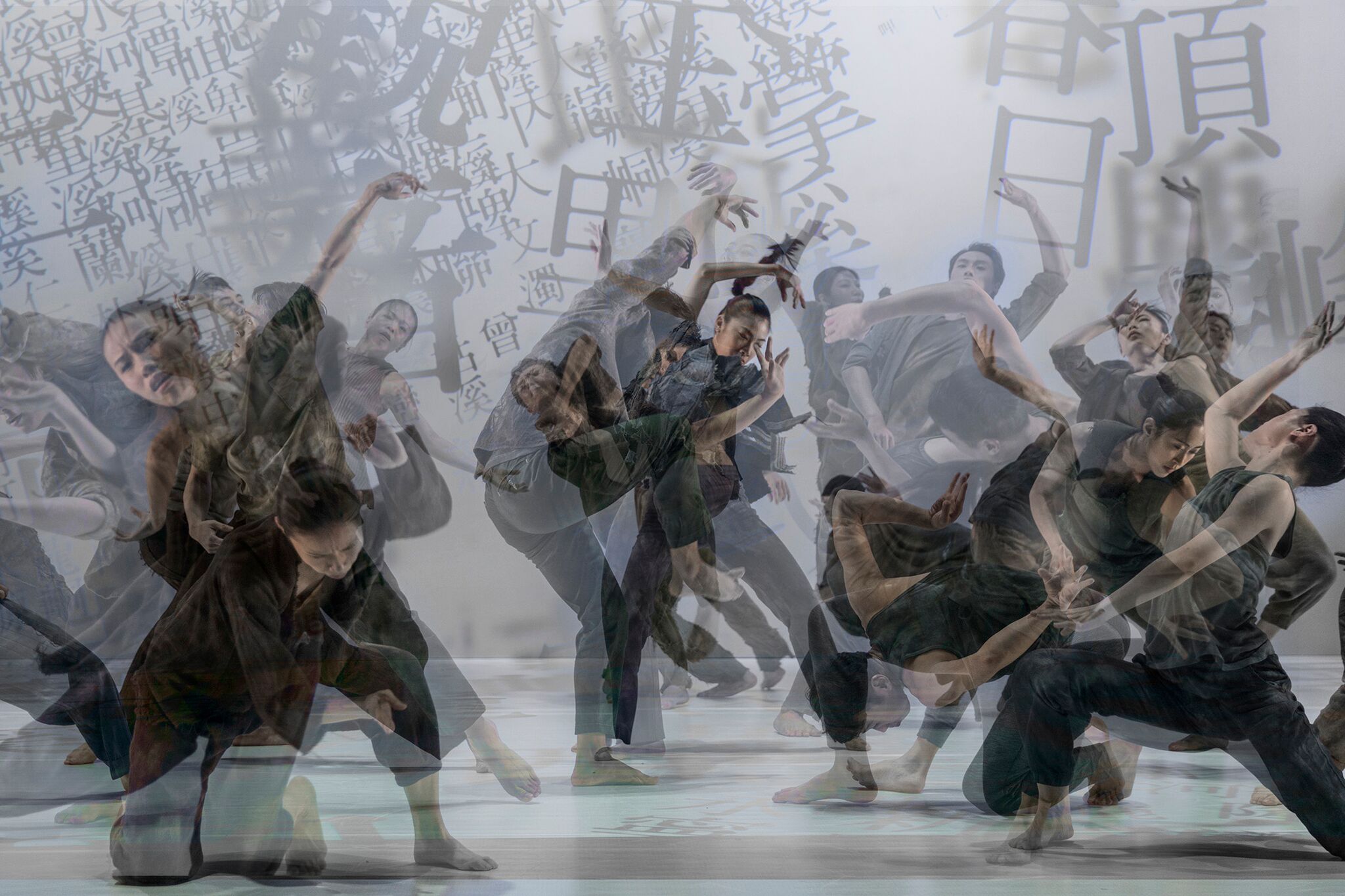 The stage is white and blank, like the mind when it’s breathing—white floor and white wall, closed in by black sky and black house—a balance: the infinite darkness of nonbeing and the infinite possibility of design and action. Bodies fill the stage. Then, the word. Not the word as described by the vagaries of ink and the weight and motion of the body as in Lin Hwai-min’s “Cursive” series, but the word as type, abstracted, modular, made to be read—and it is, in voiceover—and it isn’t, as the neat type spreads and fades, fragments and drifts away. “Formosa” hovers between pure dance and historical exegesis, with movements that are pedestrian and formal and images that are deictic and metaphorical, reprising scenes that can be traced from Lin’s earliest works, with the meditation- and martial arts-based vocabulary developed over forty-five years by Cloud Gate Dance Theatre of Taiwan.

When the company enters, they are more than a vision. The sound of the breath is audible, the stamp of the foot on the floor. They wear coarse cloth in muted colors of the rainbow that look more like clothes you see on the street than costumes—they walk and run and sway rhythmically in coordinated lines, like farmers working a field or minutes ticking by, because every moment in the theater is a moment in this world and another one. They are shifted and interrupted by the explosive energy of a single dancer (Chen Mu-han), tiny and sturdy, before they vanish again.

“Formosa” means “beautiful”; the Portuguese said it as they sailed by, years before the Dutch, the Spanish, the Japanese and the Chinese would take turns in charge of the verdant island. It is an outsider’s perspective, but, in Taiwan, a leaf-shaped island just eighty-nine miles across, the outside and the inside can never be far apart. A duet danced by Chou Chen-yeh and the ethereal Huang Mei-ya emphasizes this sense as a version of nostalgia—she is distant as a vapor, curling and extending her spine and limbs, slipping beyond his hands as she glides away, an illusion, temporary. 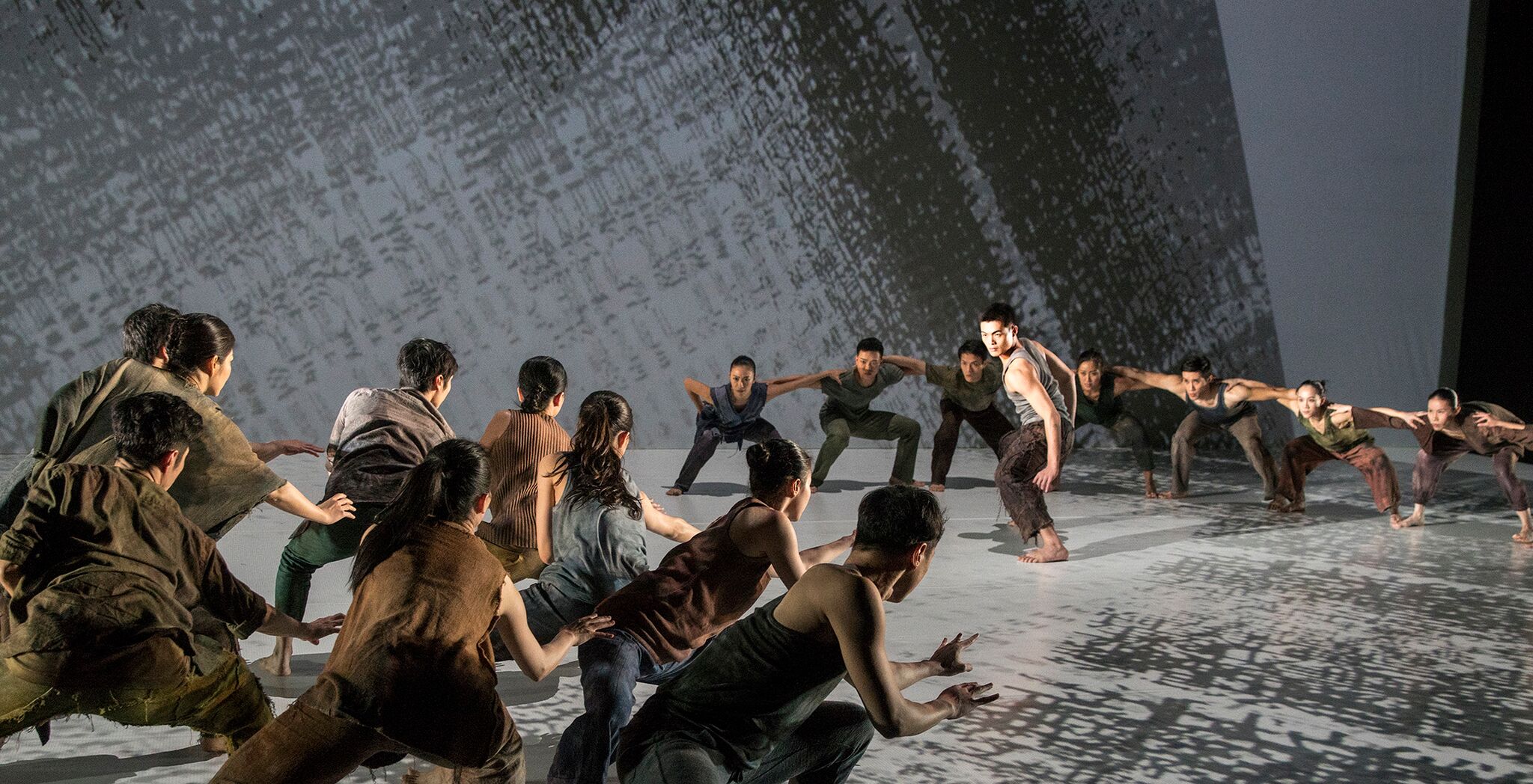 More chilling scenes of loss form the other central images of “Formosa.” Barely illuminated by a thin crack of light running vertically down the stage, a figure (Ko Wan-chun) shudders uncontrollably, then runs, as the light spreads open like pages of a book, the characters rubbed out and distorted beyond recognition. A woman (Huang Pei-hua) enters alone, homeless, describing a vacancy so palpable it draws a crowd of others who encircle and swallow her as her hand extends upward like the last reach of someone drowning. But the most disturbing images come at the end, the company coolly reclining in a semicircle as, within, pairs of dancers fight like gladiators, not heroically, for blood. Nothing could be clearer in a dance company that has done more than any other to refine the art of martial arts in their movements—our every gesture contains the potential for violence. The chaos that results is a dissonant echo of the “Crossing the Ocean” segment of Lin’s “Legacy” (1978)—there, desperate pioneers buffeted by the sea pull together to cross the strait to Taiwan—now the ocean’s power is internalized, threatening to rend the people apart from within.

As the waters and the raw pitch of aboriginal singer Sangpuy Katatepan Mavaliyw’s voice rise—there is the white stage, a single man, every possibility and none. (Irene Hsiao)