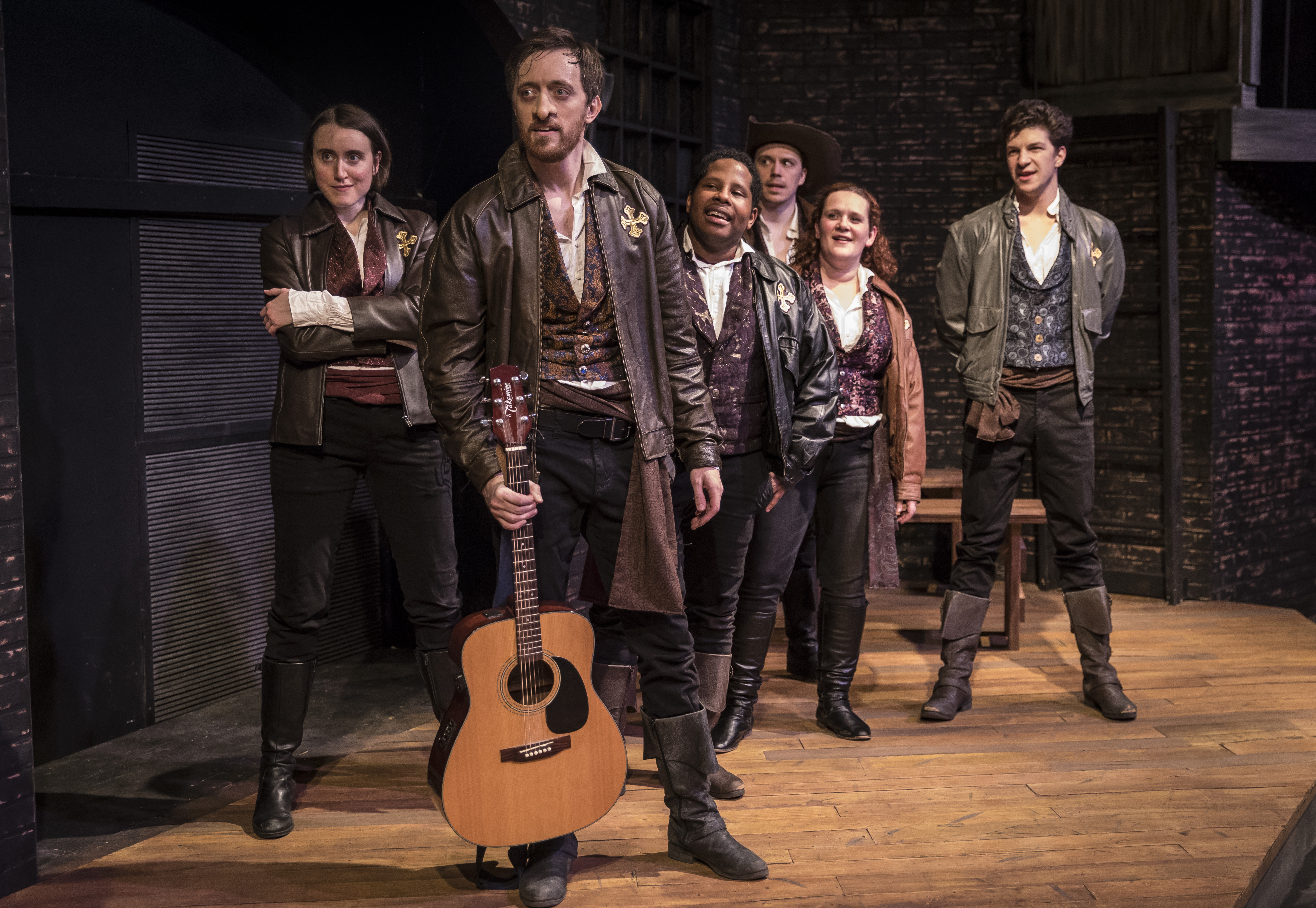 Edmond Rostand’s “Cyrano de Bergerac” examines the conflict between body and soul as personified in the handsome but vacant Christian de Neuvillette and the talented but unattractive Cyrano de Bergerac and their rivalry for Roxane, a woman who possesses beauty, learning, wealth and status but who nevertheless is afflicted with inadequate powers of discrimination, at least with regard to amour.

The solution Rostand proposes is the one a writer would favor: the letter. The letter is where the body meets the soul, the pressure of the hand conveying an impulse from the heart further than a voice can range, longer than a man can live. So the contenders, cadets in the same company, lay aside arms to woo the woman they both love by making Christian the front for Cyrano’s fancy, crafting an affair that works fine on paper but suffers imperfections in translation to the flesh.

BoHo Theatre presents Michael Hollinger and Aaron Posner’s 2011 translation and adaptation of the Rostand, which largely renders the verse of the original in modern vernacular but gestures at poetry in moments of emotional intensity—love, death and swordplay. As directed by Steve O’Connell, the cast universally takes a heavy-handed approach to the text, striving to cry, strut, pose and shout at a volume disproportionate to the size of the stage, the propinquity of the audience, and the needs of the work.

Perhaps this is because Cyrano (Michael B. Woods) is so famed for his “panache”—his words, his wit, his song, his sword, and, most of all, the outrageous skill with which he wields them (for instance, here, declaiming a spontaneously composed Shakespearean sonnet as he rousts an opponent in a duel). However, the insecurity his panache disguises is what makes him tragically human. This vulnerability, which ought to reside in all the characters in the play as it lives within us all, is unfortunately neglected. The essence of panache being the ease with which it is deployed, this production works too hard to elicit few laughs and fewer tears. (Irene Hsiao)