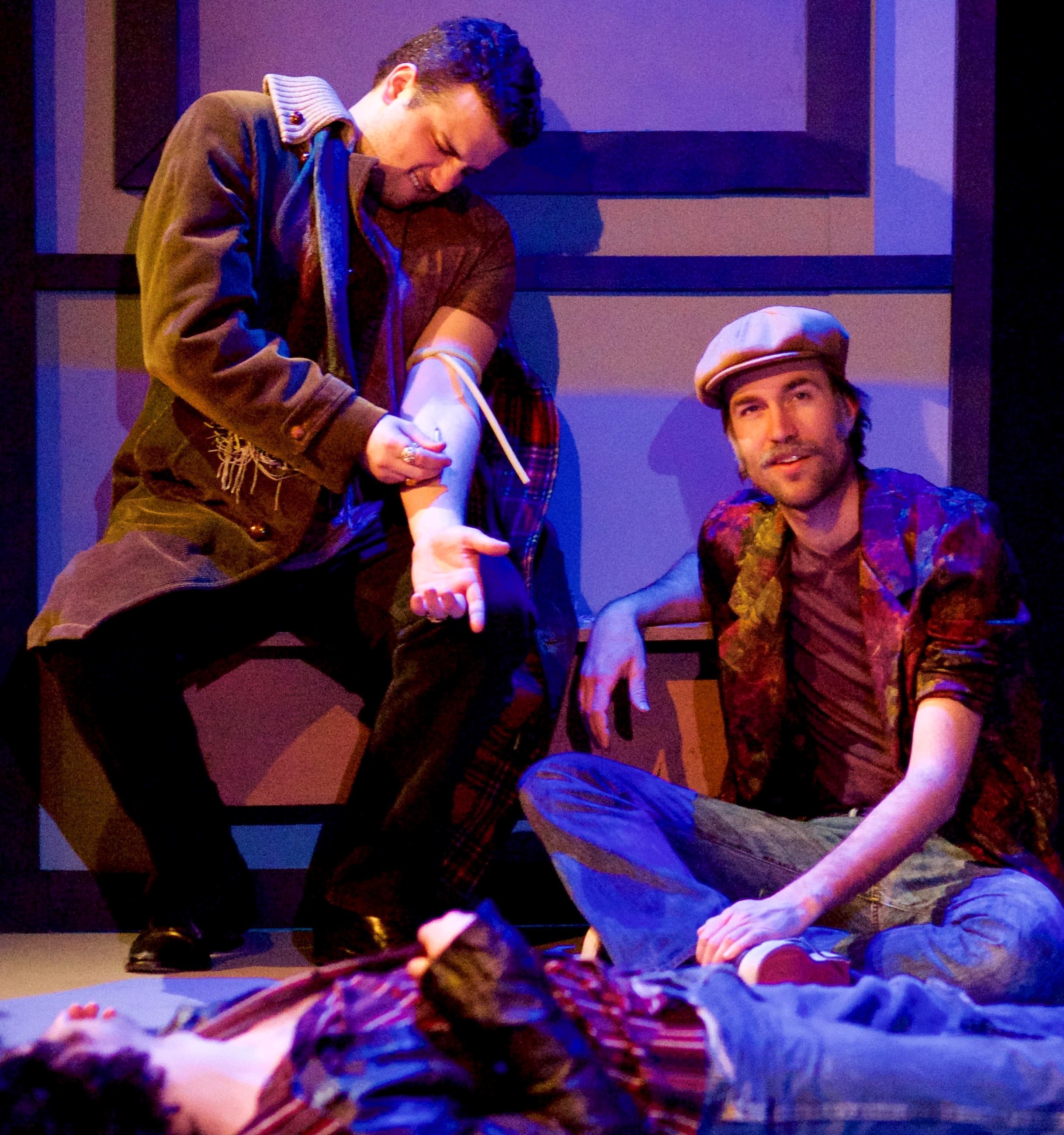 The magic of a painting or photograph lies in the differing ways it speaks to each viewer. Many works can be categorized into a singular “period” or “style,” allowing some viewers to organize their impressions along curated lines. Nevertheless, great art reaches out to the soul of each victim or lover and tells them a story as siphoned through their specific knowledge, experiences and passions.

Paul Edwards’ adaptation chiseled away rococo elements of Oscar Wilde’s book, moving the Gothic story from its nineteenth-century London roots and its dark satirization of the hedonistic culture of that era to seventies and early-eighties New York City, with drinking, drugging and a mysterious gay cancer riddling the bodies of gay men then considered by a supposed ninety-percent of that population to be libertine.

I walked away from the performance I attended having scrutinized a kaleidoscope of three different pictures: the first, an adaptation with plot points that didn’t match up, such as the fact that the photographer of Gray’s portrait wants to display it as the centerpiece of his latest exhibit even though he keeps insisting that the picture reveals too much of himself rather than the object of his obsession; and secondly, a play teasing the precipice of farce, with its pandering to the audience’s ready guffawing, going so far as to scorn a “non-union” theater in the upstairs of a church, as delivered by director Andrea J. Dymond’s cast, either misled or in large part inconsiderately assigned.

The third snapshot was the most insidious. Gray’s debauchery reads as stemming specifically from his descent into homosexuality, with the putrefaction of his conquests caused by his soulless dispersal of the virus. As Chicago’s minority theater communities insist they are the certain curators for work referencing them and their comrades in shadow, I have the right to blaze my angered grieving at queerness painted as dissolution.

Did the impressions left by my watching of this picture, as colored by my knowledge, experiences and passions, cause my perceptions to misfire? No matter. They are of me, and of mine, which merits them a hearing. (Aaron Hunt)