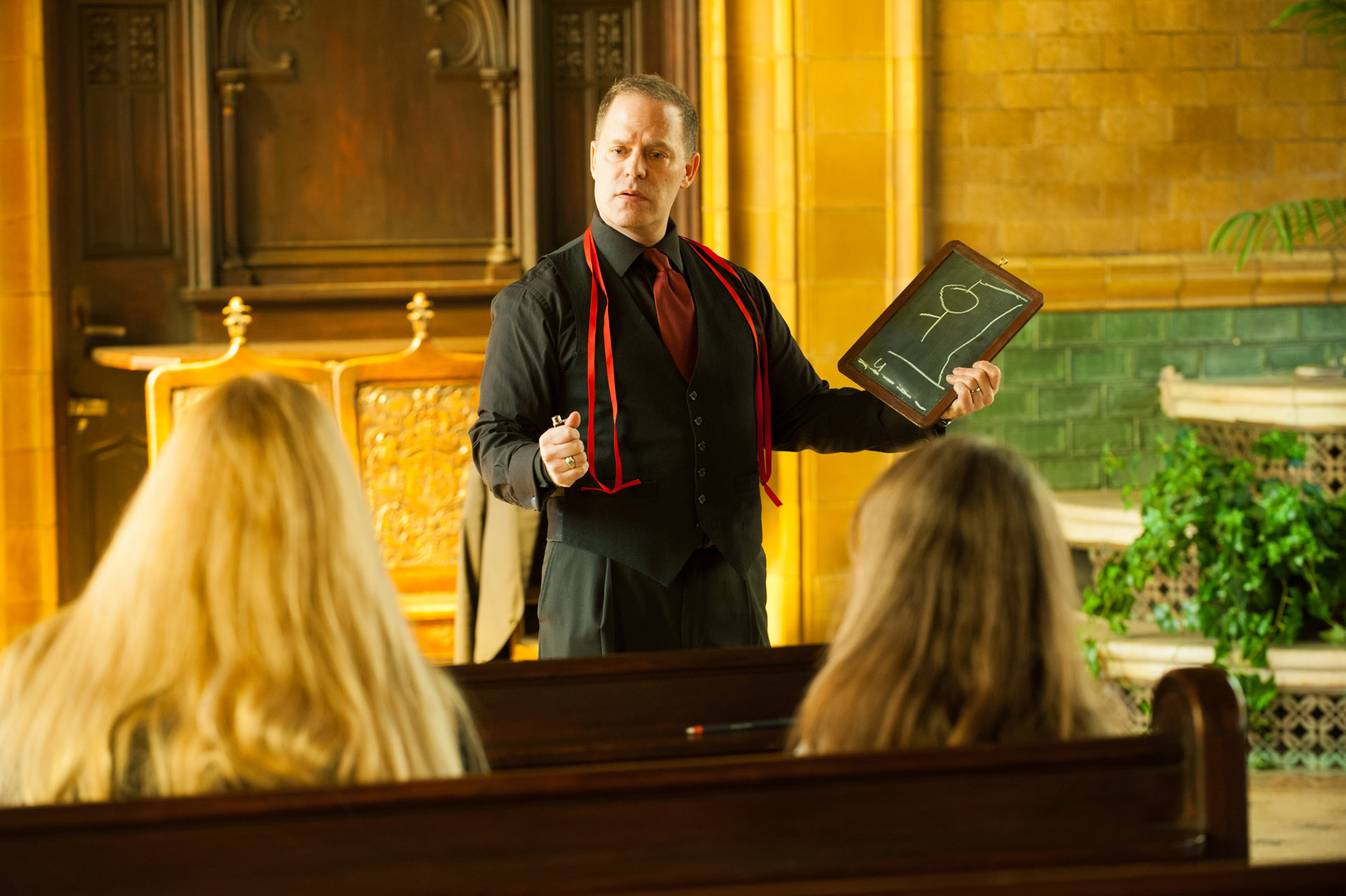 I am grateful that it was a warm and lovely day when I made my way through Rosehill Cemetery to May Chapel to see “Near Death Experience” by solo artist Neil Tobin because everything about this “experience,” other than the twenty-minute walk through one of Chicago’s most beautiful cemeteries on a fine spring day, was a complete waste of time.

Tobin is a sleight-of-hand magician whose show attempts to explore the human relationship to mortality. There’s quite a lot of audience interaction including, on the day I attended, a section in which he more or less forced an unwilling volunteer to track his pulse by keeping her hand on his neck while he slowed down his heartbeat after which he aggressively grabbed her hand, forcing her to stay onstage while he, red-faced and sweating, waxed philosophical about taking advantage of the “bonus time” we have on earth after a “near-death experience.”

Tobin is a smarmy hack of a ghost hunter. I say that with the perspective of having met more than my fair share. My family’s business specializes in ghost walks in Northern Michigan and I’ve been to many a paranormal conference where I’ve sat sandwiched between all manner of folks taking advantage of audiences’ grief for monetary gain. It is particularly uncomfortable for me, as I am the sort of person who relies on science to explain the mysteries of the universe and who will usually respond to “Do you believe in ghosts?” with Han Solo quotes so as to cushion a passionate “No” with something that will at least get an acknowledging smile. Tobin, on the other hand, would have his audience believe that there are ghosts everywhere and that with the simple use of the recorder on your cell phone he can help them communicate with you.

Folks who believe in ghosts are working through the grief of losing someone dear to them and I would never wish to take that away from someone. Telling ghost stories and listening to others’ experiences is not wrong. Claiming to have supernatural powers and using that claim to manipulate people is.

At one point Tobin pulls out a book of photos of tombstones he’s collected and tells the audience, in the manner of Professor Lockhart, that they can read more about his philosophies in his published works. At another point, he relies on the idea that fortune cookies tell truths and insists that to not eat one would be “an insult to the Chinese,” an offensive and ignorant remark founded in racism. At another point he co-opts a Newar myth for his own use. His entire act is colonist, manipulative and disgusting.

If you want to see sleight-of-hand magic done well in Chicago, go to “The Magic Parlour.” If you want to have a better understanding of death, go anywhere but to this ridiculous excuse for a show.  (Emma Couling)