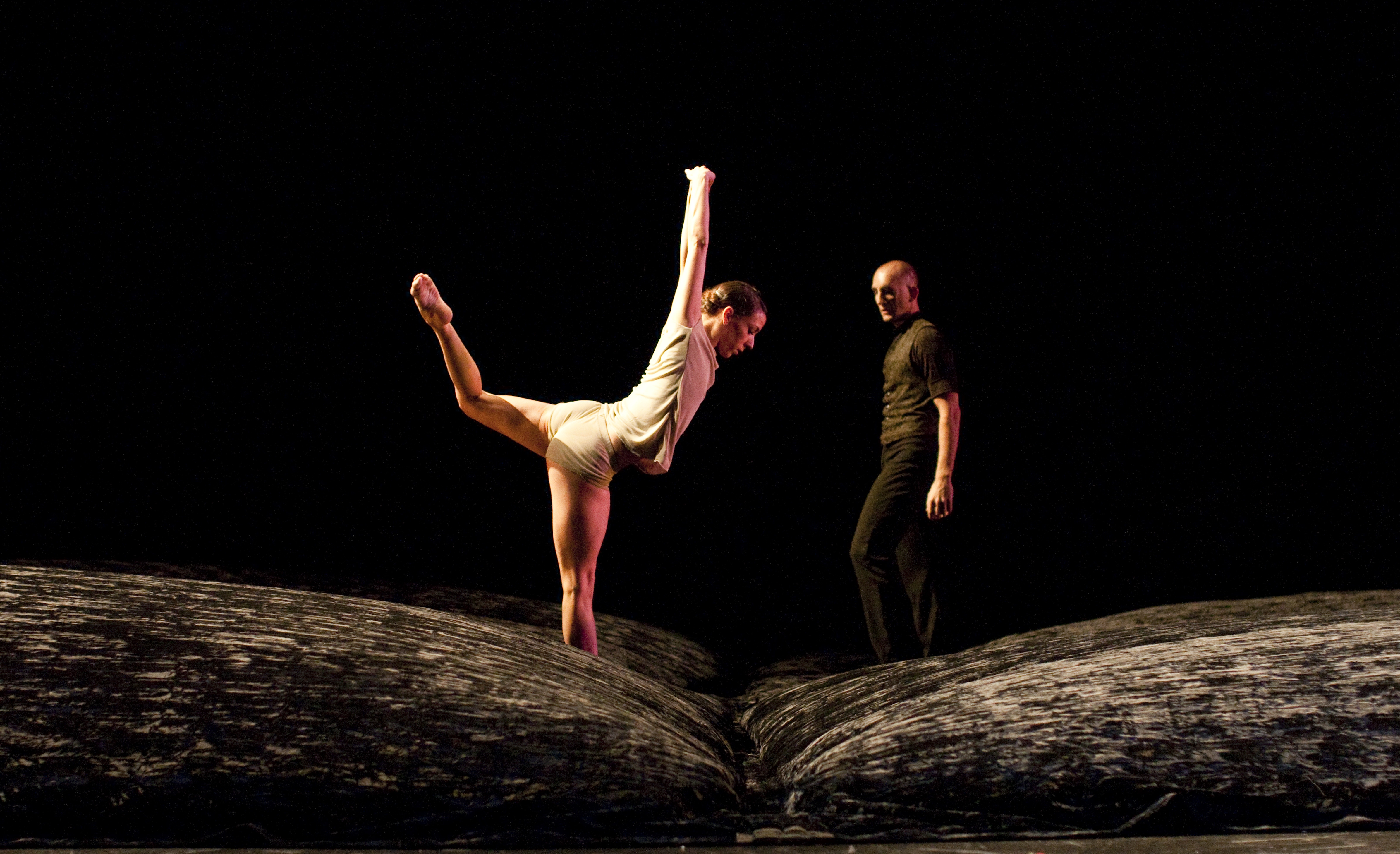 Hubbard Street Dance’s fortieth-anniversary season and the Auditorium Theatre’s “Made in Chicago” series intersect with a special program dedicated to Hubbard Street’s first and only resident choreographer, Alejandro Cerrudo. In the decade Cerrudo has held the post, his work has become a foundation of the company’s impressive repertory—regularly situated on playbills alongside internationally renowned choreographers like Ohad Naharin, Jirí Kylián and William Forsythe—and his fluid, spiraling partnering and grounded-yet-gliding movement language now Hubbard Street’s kinetic signature on the stage.

The spring program, which runs Friday and Saturday, March 23 and 24, pulls four pieces from Cerrudo’s oeuvre, from the first dance he created for the full company, to the world premiere of a new work. “Off Screen,” created in 2009, and “Silent Ghost,” a commission for Aspen Santa Fe Ballet, are special treats on the program, as the company has rarely performed them since their creation. The new full-company piece, “Out of Your Mind,” takes title from an Alan Watts lecture that runs through the score, a rumination on dreams and the manifestation of our reality.

In a rehearsal visit, I got a peek at a few sections of “Out of Your Mind” in progress; waves of energy ripple within bodies and through chains of bodies, dancers peeling off the undulating line for solos and duets. Cerrudo choreographs to the depth of the Auditorium stage, opening with the dancers far upstage, giving ample room to advance in lines and shifting formations. A unison section ties movement closely to the voice of Watts, almost a signing of his words in a discreet, full-body language. Later, as the spoken text drops out and is replaced by a tender piano score, arms repeatedly form a wide, high “v,” an image reminiscent of great birds in flight or spiritual awakening. It will be exciting to see the final product. Mark your calendar; there are only two opportunities to do so.