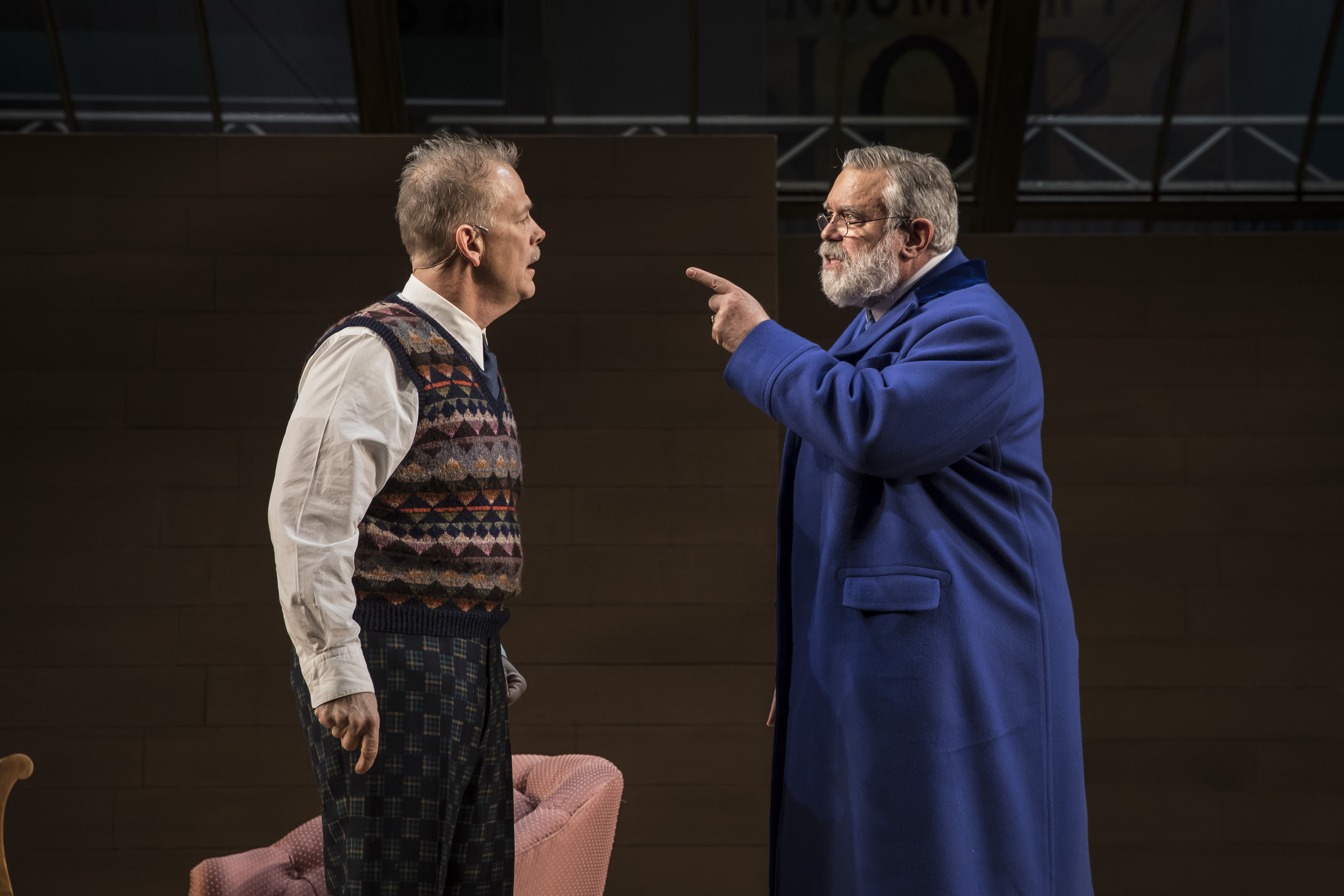 There’s a reason Henrik Ibsen is thought to be the second-most performed playwright worldwide, trailing only Shakespeare. His work is an x-ray of modern consciousness, articulating our possibilities, limitations and built-in conflicts the way the Greek tragedians reveal the ancient world.

With the 1882 “An Enemy of the People”—Ibsen’s angriest and maybe strongest play—he returns to Greek models, summoning up a tragic universe where mass conformity and stupidity play the role of divinely ordained fate and truth and reason are forms of hubris, leading the proud, stubborn hero toward disaster. No play delves as far into the shortcomings of what we call democracy as this one, making it painfully relevant in an age of pseudo-populism, climate denial, “alternative facts,” “fake news” and the 24/7 spin machine. Unfortunately, director Robert Falls’ production distrusts the audience’s ability to connect Ibsen’s masterpiece to our own moment. In underscoring the parallels so that even the dimmest audience member can’t help but catch the drift, he ends up weakening and oversimplifying this bombshell of a play.

Set in a provincial town in southern Norway, the work centers on Dr. Tomas Stockmann, a middle-aged family man and the medical officer of the town’s resort spa, its major industry. His discovery that the spa’s water source is contaminated (in part by the tannery owned by his father-in-law) sets off an explosive confrontation with his ruthless brother Peter, the town’s mayor, and eventually with the citizenry as a whole, as soon as the people learn that any attempt to re-route the pipes would require higher taxes. The attack on Stockmann includes every cheap shot short of calling his well-researched claims a Chinese hoax. In one of the great theatrical rants, the honest but grandiose and histrionic Dr. Stockmann—who in some ways resembles his brother—responds to rejection by confronting his fellow townspeople head-on, telling them that the greatest lie is not that polluted water is pure but rather that they are free citizens of a democratic country: “You have the freedom to choose your own oppressors and to lick the hands of your masters.” Concerned only about their vanity and property values, the citizens declare Dr. Stockmann an enemy of the people, i.e., a dealer in unpalatable truths.

Philip Earl Johnson gives bounce to the role of the naïve and self-involved Dr. Stockmann, the younger brother locked in eternal sibling rivalry with the power-corrupted Peter, played with saturnine intensity by Scott Jaeck. Allen Gilmore excels as Aslaksen, the town printer whose vaunted prudence and discretion are euphemisms for duplicity and opportunism, and the ever-terrific David Darlow sinks his teeth into the gnarly role of Morton Kiil, a.k.a. “the Badger,” the tannery owner whose egotism and spitefulness are remarkable even by the standards of this play. In general, though, the acting especially in the first act has an inflated, almost operatic quality that is not in keeping with the work’s realism.

For better or worse, the acting is secondary to costume and setting. There’s an obtrusiveness to Todd Rosenthal’s gigantic mobile glass structure, which serves in different scenes as room divider and sky-lighted roof, but is really just an attempt to fill the vast empty spaces of the Goodman’s Albert stage, which tends to dwarf the performers. Similarly, Ana Kuzmanic’s outrageous costumes—consisting of scary-ugly Christmas sweaters atop glow-in-the-dark pants—come off as a mix of GQ and “Yellow Submarine,” distracting us from the human figures they cloak.

The fancy, spectacle-heavy look of the production clashes with the harshness of Falls’ adaptation of the play, which is based very loosely on the translation by Eleanor Marx-Aveling, Karl Marx’s daughter. He has dumbed down the language considerably, turning the characters from (mostly) educated nineteenth-century Norwegians into boorish twenty-first-century Americans, perhaps his image of real or potential Trump supporters. The raw anger that Falls pours into his much-altered script is bracing in a crude way, but ironically it mirrors the ideological rigidity and knee-jerk emotionalism that the play depicts and deplores. In vulgarizing the play the way the Trump circle vulgarizes politics, Falls is not so much combating cultural decline as submitting to it.

There are moments of real power in this production, particularly during the climactic confrontation between Dr. Stockmann and his fellow citizens. But the ambivalence of the main character—the angry outsider who accomplishes nothing while declaring in Nietzschean fashion that “the strongest man is he who stands most alone”—is pretty much lost here. The deeper lesson in Dr. Stockmann’s tale is that intelligence minus sympathy and compassion equals arrogance, which turns out to be as ruinous as the pettiness, greed and herd mentality that the good doctor so passionately rails against. (Hugh Iglarsh)