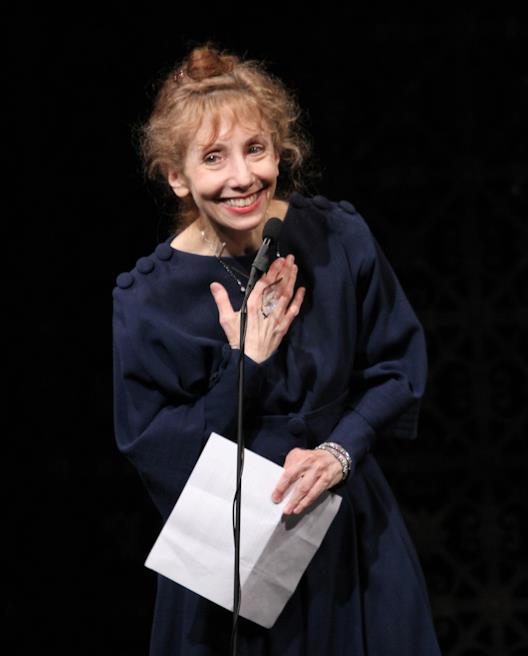 For thirty-three years, Hedy Weiss was the drama critic of the Chicago Sun-Times, the second paper of the Second City, writing untold thousands of bylined reviews. As the paper shrank in response to the changing media landscape, Weiss’ coverage responsibilities grew, eventually encompassing everything from dance to opera to classical music to the fine arts—everything it seems but the trotters at Hawthorne Racecourse—on top of her thrice-weekly or so theater reviews and features. Over time, Hedy Weiss became the Bright One’s culture staff, along with veteran celeb-watcher Bill Zwecker and film critic Richard Roeper.

Now Weiss is gone (other than appearances on WTTW’s Chicago Tonight), and Chicago has become, in terms of the major dailies, a one-critic town. It’s a decision that I hope the cash-strapped newspaper—which has opted to rely on non-local entertainment content from USA Today—reconsiders.

It’s a major loss to the local theater scene. Yet—apart from an appreciative column by Weiss’ longtime friendly rival (and onetime Newcity critic) Chris Jones of the Tribune, a Reader blog entry and a mention by WDCB radio’s “Dueling Critics” duo of Kelly Kleiman and Jonathan Abarbanel—there has been little comment in local media. Hence, this note on what happened and why it hurts.

Hedy Weiss and I had dramatically different ideas about the nature and purpose of theater, and we rarely saw eye-to-eye on a production. I don’t think we spoke more than a dozen or so words to each other over the years, despite running into one another at many a press opening. I mention this to clarify that what I write here is not special pleading on behalf of a friend. It is simply to point out that whatever her perceived insensitivities and blind spots, Weiss was a full-time critic, almost the last in captivity in today’s blog-heavy world. In early February, the curtain fell not only on her Sun-Times byline but her position as well. For the last few weeks, Sun-Times reviews have been written by a revolving cast of freelancers, as the gig economy marches on. Among other things, Weiss’ pink slip—unaccompanied even by a farewell paragraph to theatergoers who read her notices since the mid-1980s—means that younger critics writing for smaller papers and websites have almost nowhere to aspire. If they choose to continue writing about theater, they will probably work for beer money, or less, forever. Many will quit, and theatergoers and theater artists alike will suffer.

I won’t go into the kerfuffle over Weiss’ allegedly racist review of the play “Pass Over” last summer at Steppenwolf, which resulted in many theaters refusing her complementary tickets. But Weiss’ ouster, it appears, had nothing to do with what happened last summer, when the Sun-Times responded to the Facebook fracas by leaping gallantly to their writer’s defense. Her layoff seems to be for the usual, ungallant reason: cost-cutting. Soon after firing Weiss, the paper reduced Zwecker and three other unionized staff to half time, again to trim expenses. It’s an interesting move by a paper now owned in part by the Chicago Federation of Labor, which vowed when it and private investors, led by Edwin Eisendrath, purchased the publication in July 2017 to “return to the paper’s working-class roots,” as headlined by the New York Times. One wonders how the union leaders would regard an employer who treated their own members of a certain age purely as expenses to be pruned.

The cost to readers and to the city as a whole does not seem to have factored into the equation of the Sun-Times decision-makers. There’s a world of difference between a newspaper featuring one chief reviewer, whom readers come to know over time, and an ever-shifting collage of critics, whose sensibilities and biases and affinities are a mystery. It is the difference between a relationship and an endless series of casual encounters. And it is the difference between a city that values and sustains a conversation about art and culture—the forces that enlighten and broaden and humanize us—and one that does not.

Since its change of ownership, the Sun-Times has embraced a more progressive spirit, at least in comparison to the bad old days when publisher Conrad Black and his cronies pushed the paper far to the right editorially while sucking it dry financially (not to mention the Rupert Murdoch years). But how progressive or savvy is it to purge arts and culture staff while continuing to employ a dozen or more full-time sportswriters, so that readers can continue to get their exhaustive eight-page wraparound postmortem of the Bears’ latest loss? Editors of the financially embattled tabloid would no doubt argue that they know their audience better than I do and that sports sells papers while arts coverage does not. Demographic analysis of this sort is not only condescending, it tends to become self-fulfilling prophecy, driving away readers with interests beyond fantasy baseball. A genuinely progressive and populist newspaper—as the Sun-Times seems to wish to brand itself—doesn’t pander. It respects its readers and presents all facets of life in a lively, relevant, intelligent and absorbable way. In short, it’s a paper that embodies solid, wide-ranging journalism.

Our current political situation, that daily calamity, is not due to any deficit of sports coverage by the American media. What the 2016 election revealed is a shortage of the things that good art and theater exist to teach and foster: empathy, focus, awareness of subtext and complexity, a questioning cast of mind. By firing Hedy Weiss and eliminating her position, the Sun-Times weakens its own position and muddies its identity.

Theater and art in general feed on attention and die of neglect. At a time when culture in the best sense is our main defense against creeping insanity, that necessary level of public attention has suffered a setback. Whatever one thinks of Hedy Weiss, her absence leaves a hole that affects not just the small world of those involved in live theater, but the larger world as well. Art and reality need each other, and it is the critic that brings the two together. Our job is a vital one, and we deserve a proper platform.