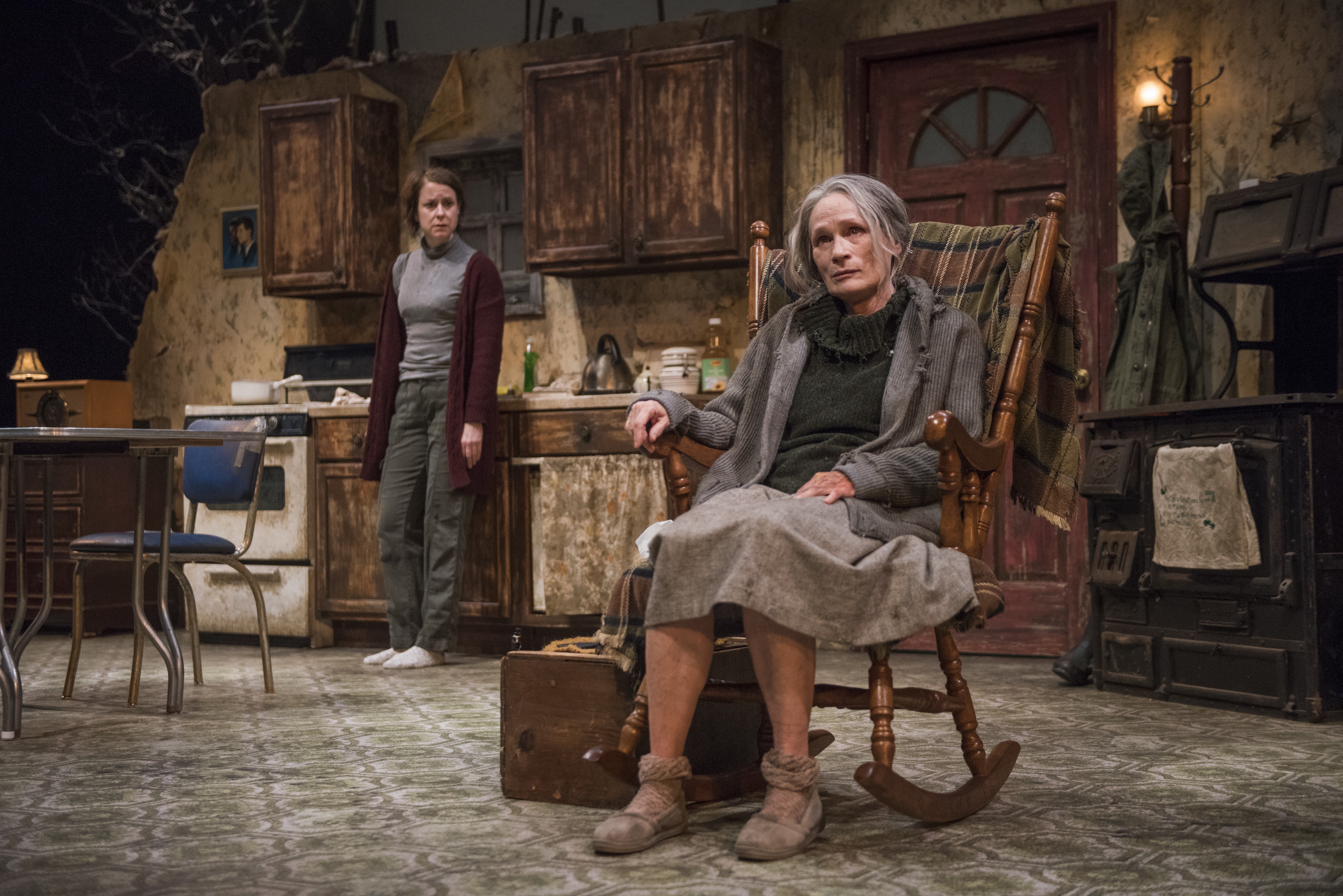 Martin McDonagh’s “The Beauty Queen of Leenane”—the first of his Leenane Trilogy, along with “A Skull in Connemara” and “The Lonesome West”—premiered back in 1996 in Galway, Ireland, near where the work is set. The play has not aged gracefully. What may have seemed then a startlingly dark and revealing tale of family dysfunction and abuse set in the deceptively idyllic west Irish countryside now comes off more as a dose of unadulterated sadism, with the depth of spirit of a slasher movie.

Yet this gothic melodrama about the conflict between a grown daughter and the clinging, ostensibly invalid mother she cares for continues to be revived, likely due to the small cast it requires and its two juicy parts. “Beauty Queen” is an actor’s play in the Oscar-moment, scenery-chewing sense. And director (and Northlight artistic director) BJ Jones lets his two leads rip into each other with a vicious glee that offers viewers the same guilty, involuntary pleasure gawkers feel cruising past a still-smoking car wreck.

The innately elegant and dignified Kate Fry plays well against type here as daughter Maureen, a dowdy ball of molten hatred and insecurity who—not unreasonably—blames her sad, lonely existence on dear old mum, who is both her dependent and, as we learn, her jailer. Wendy Robie skillfully depicts the passive-aggressive tactics of mother Mag, whose persona as a dotty, helpless old lady hides a genius for getting maximum use out of those around her, which in this case means making sure that Maureen remain forever a spinster. Two male performers—Nathan Hosner as the handsome, decent gentleman caller and Casey Morris as his semi-idiot brother—get a chance here to practice their brogues (kudos to dialect coach Brigid Duffy), but the play belongs to the women locked in their grim intergenerational war.

McDonagh—who admits to being more at home with film than theater and who recently wrote and directed “Three Billboards Outside of Ebbing, Missouri”—is a London-bred writer whose work borrows stylistic details from Beckett, Synge, Behan and other classic Irish dramatists, but is rooted in the gonzo, cartoonish mayhem of Quentin Tarantino and the supercilious irony of the Coen brothers. The sight of old Mag on her rocking chair in her disgusting kitchen (as expressively designed by Todd Rosenthal), bugging her daughter for a cup of tea or a biscuit or a lumpy powdered-milk drink called “Complan,” recalls old Nagg and Nell in Beckett’s “Endgame,” periodically popping their heads out of garbage cans, demanding to be fed by their son. But whereas Beckett uses the absurd, unsettling scenario to explore the universal predicaments of aging and loss and doubt, McDonagh exploits his two-dimensional characters, treating them like puppets in an unfunny Punch and Judy show. The play combines schadenfreude with torture porn, producing in viewers a cold detachment from the figures on stage: a sense of “I am glad I am I and not they, here and not there.”

The situation at the heart of “Beauty Queen”—the feelings of entrapment, repressed anger and guilt that can embitter the relationship between adult children and their aging parents—is a reality for many who are thrust into caregiver roles. To transform this everyday human tragedy into a contrived tale of monstrous horror, spiced with misogyny, shows a certain cynicism at work. No matter how strong the performances—and the two leads here are indeed formidable—one comes away from “Beauty Queen” depressed by the play’s bone-deep ugliness. (Hugh Iglarsh)