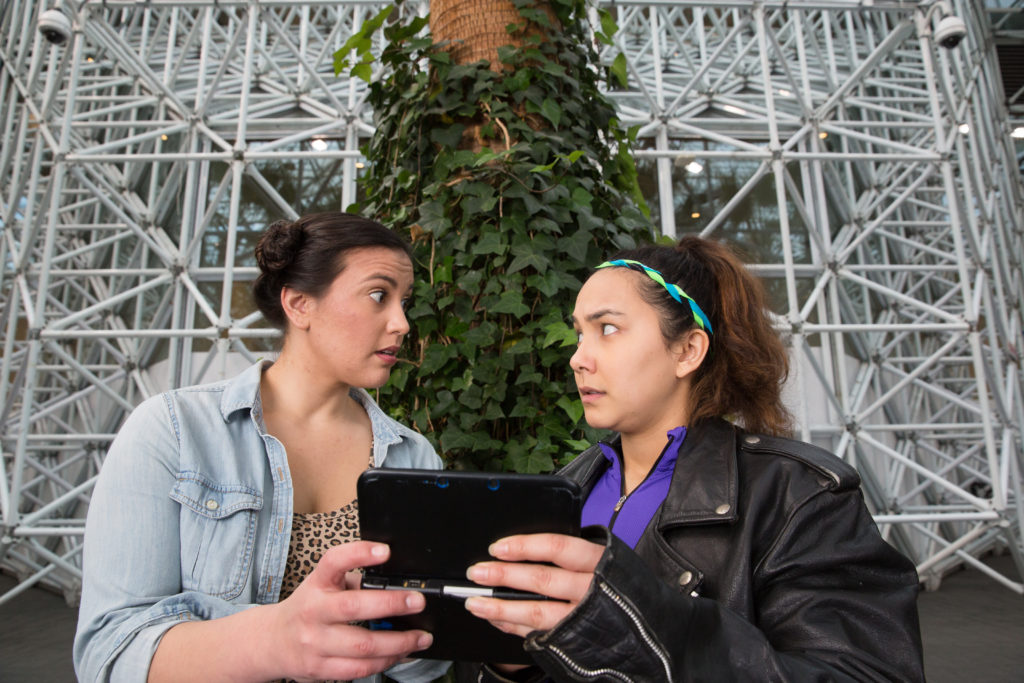 Juanita Andersen and Rinska Carrasco in a promotional photo for “Roots in the Alley” at Chicago Adventure Stage/Photo: Doug Haight of Fortune Fish Films

2
Roots in the Alley
(Adventure Stage Chicago)
A reinvention of Mayan creation myths told through two heroic Chicago sisters who navigate through an online game, learning about their heritage and family along the way
Opens April 7

3
9 to 5 The Musical
(Firebrand Theatre)
Based on the 1980 hit movie of the same name, this musical follows three unlikely friends as they take control of their office and learn there is nothing they can’t do, even in a man’s world
Opens April 10

4
33 to Nothing
(A Red Orchid Theatre)
Taking place during a real-time band practice, this new play is an anthem of forgiveness, loyalty and resilience when your world is being torn by the seams
Opens April 16

5
The Madres
(Teatro Vista)
The empowering story of three generations of women and their desperate attempt to keep their family intact in the face of state-sponsored intimidation, kidnappings and murder
Opens April 27