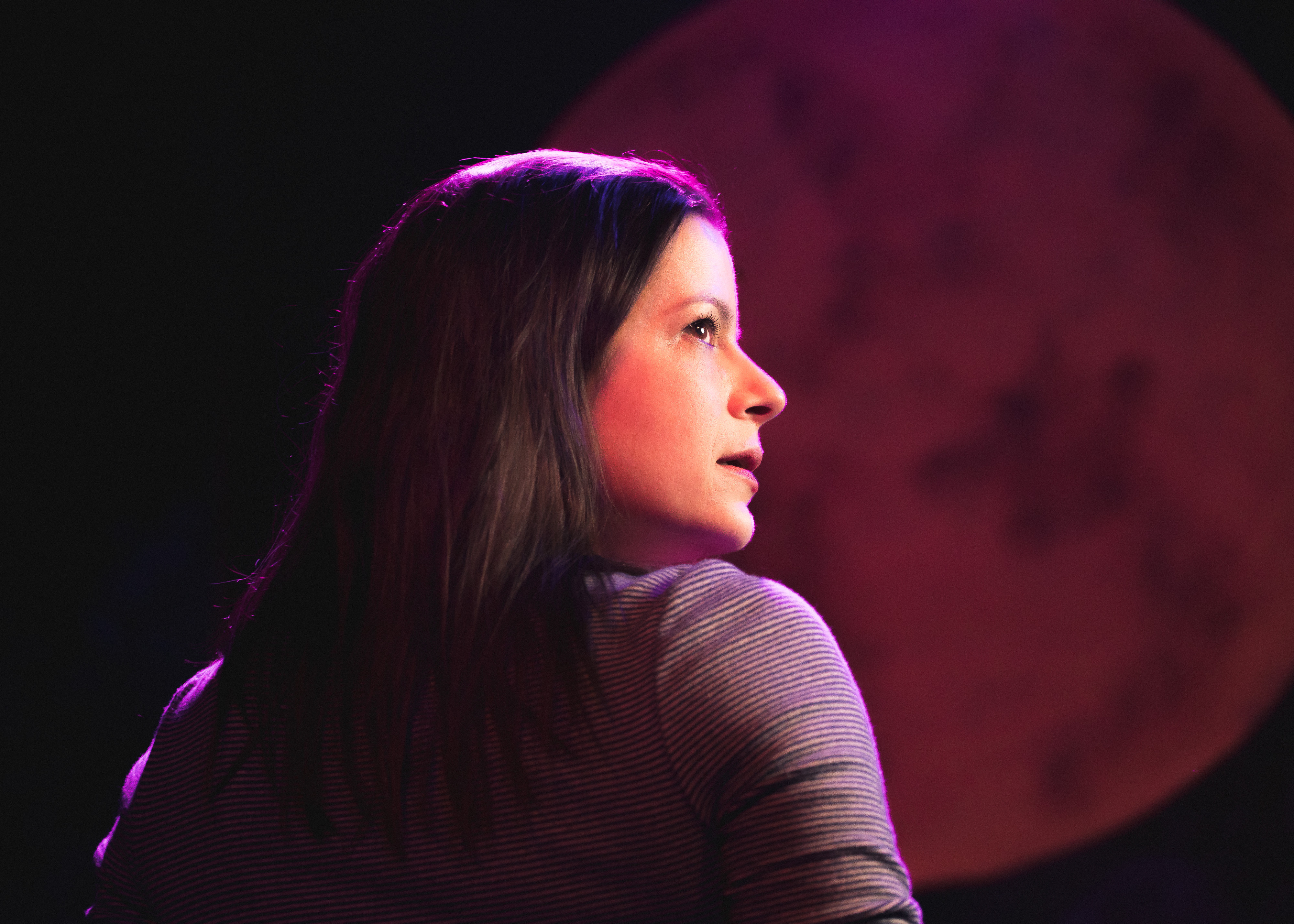 Using the simplest of means in the humblest of settings, director Kayla Adams and her skilled cast and crew have crafted a potent and memorable drama, one that brings theater back to its roots in storytelling and personal and social history. This clean, pared-down production of “How I Learned to Drive” is storefront theater at its best, and it has much to teach the bigger houses about what is and is not necessary to satisfy and edify an audience.

The first requirement is of course a good script, exemplified by Paula Vogel’s Pulitzer Prize-winning play, which has lost none of its bite, depth or resonance in the twenty-one years since its debut. It is the story, recollected and reassembled decades later, of a young girl’s sexual entanglement with her uncle, which begins at the age of eleven and ends on her eighteenth birthday. In weaker hands, a tale like this of incest and pedophilia (not to mention adultery) could easily degenerate into sensationalism. But Vogel—a scholar and teacher of theater who, according to press accounts, was inspired by Nabokov’s “Lolita”—couches her story in a cool and detached way, which makes it both more provocative and more hopeful, as the narrator evolves from victimhood to self-possession.

“How I Learned to Drive” is a memory play, moving forward and backward like a car, the narrative punctuated by robotically repetitive instructions from the crackly soundtrack of an ancient driver’s ed movie. The mind of Li’l Bit, the troubled narrator-protagonist, roves from incident to incident, never straying far from the furtive, shame- and anger-inducing relationship with her Uncle Peck and their backseat trysts. Gradually, with the horror-tinged inevitability of Sophoclean tragedy, we approach the moment of Li’l Bit’s first molestation, the point when all rules and boundaries collapse. “That was the last day I lived in my body,” she says, in one of many revelatory lines. She has exposed a raw truth that can be endured only if shared, which is what theater is all about.

The second element is a cast able to convey the complexity and indirection of the play’s fragmented chronology and varied dramatic structure, which combines conventional scenes with story theater, musical interlude and split characterization, with two performers simultaneously performing the same role. Director Adams elicits intelligent, well-meshed performances from her entire cast, which consists of the two leads and a Greek chorus performing multiple roles. Elizabeth Birnkrant has the right mix of naiveté and awareness as Li’l Bit, moving from a stiffly enunciated delivery to a more poised and relaxed stage presence as she comes to terms with her long-running childhood trauma. John Mossman is mesmerizing as her Uncle Peck, playing him as a smooth Southern gentleman whose surface warmth and sensitivity overlay a twisted sexuality and a mind-warping manipulativeness, as he tries to persuade his niece that every new liberty is really her idea. If Peck were simply a monster, “Drive” would be a simple and forgettable cautionary tale. But Mossman makes Peck’s charm, anguish and passion for Li’l Bit quite real. We see why the fatherless girl bonds with him as an apparent kindred spirit and a means, as she says, of “rising above my cracker background.”

Jenna Steege’s performance as Li’l Bit’s embittered mother is another highlight, as she tipsily shares insights about proper female decorum circa 1965 and offers a clear-eyed assessment of Peck. When her daughter romanticizes him as a cursed Byronic figure, her mother snaps, “He’s a small-town hick who learned how to mix drinks from Hugh Hefner.” Reid Coker and Kelley Holcomb ably round out the cast, Coker properly coarse and awful as Li’l Bit’s dirty-minded grandfather and Holcomb displaying her versatility as Li’l Bit’s old-school grandmother, giggly teenybopper classmate, and Li’l Bit herself, at the moment her overwhelmed consciousness fissures.

The last thing needed is a large and appreciative audience, and I hope this strong production of an important play finds just that. It has the delicate combination of intimacy, directness and imagination that gives live theater its magic, and which is increasingly rare in an electronically mediated world. (Hugh Iglarsh)