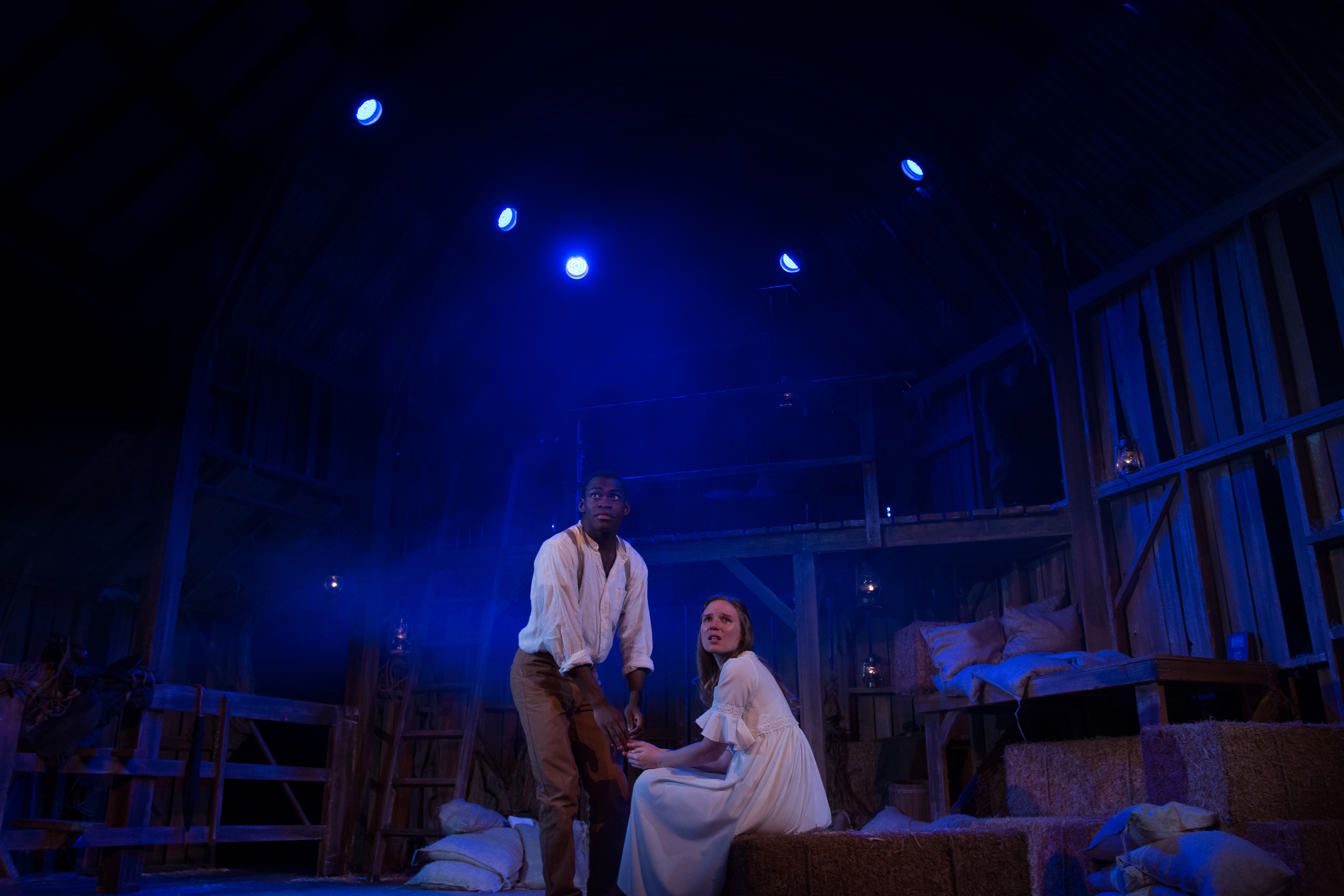 “Mary’s Wedding,” at First Folio Theatre in Oak Brook, is based on the true love story between a Canadian World War I soldier and the woman he loves back home. It’s a nice little two-hander carried off swimmingly by actors Heather Chrisler and Debo Balogun who never leave the stage as they weave in and out of memories and dreams. The story is easy to digest and oddly nostalgic, making it well suited to the setting of Mayslake Peabody Estate where First Folio is located (you can’t help but pretend to be some sort of aristocracy driving up to that place). But there’s something unnamed about this production that doesn’t quite land.

Perhaps it’s the extent to which the script leans on the notion of pre-World War I and pre-Industrial Revolution innocence. Or perhaps it’s the fact that the characters seem to have nothing other than each other in their lives, which leads to a kind of uni-dimensionalism. Maybe it’s just that it’s a proud Canadian play, and stories of Canadian nationalism ring a little differently in a time when American nationalism feels so dangerous. Or maybe it’s simply that the stakes don’t feel high, despite being set against the backdrop of the first World War; the audience is told how things are going to end from the very first moment. Sometimes it’s hard to stay connected after that.

The script won several playwriting awards when it premiered in 2002 and it feels like a product of that time. Not because it’s irrelevant, but because audiences are looking for something different in theater now than sixteen years ago. Audiences in 2018 are looking for something stronger. More than anything, watching “Mary’s Wedding” feels like watching a costume drama on the BBC or the Canadian or Australian broadcasting. The story slots right in with the sort of romance dramas I’ve crocheted Christmas presents to while at home with my parents for the holidays. It’s very polite, very controlled, very amenable to a certain kind of audience. It is meant for the sort of people who go to First Folio Theatre, and it works for them. Whether it’s worth the drive for the rest of us is less clear. (Emma Couling)