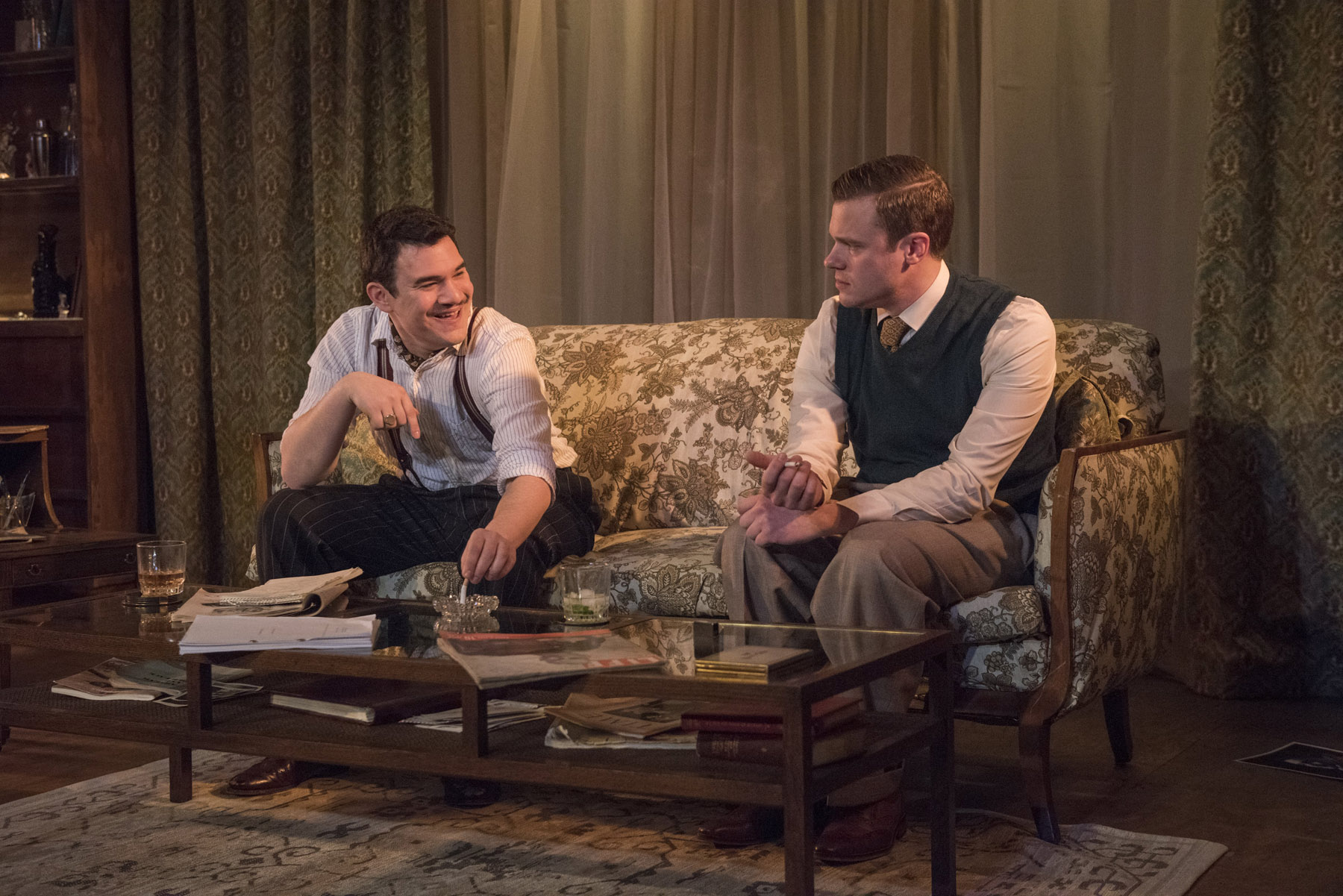 On a winter’s evening in 1944, one soon-to-be prolific playwright stumbled into the apartment of another for a poorly-executed newspaper interview. Three-quarters of a century later, this encounter sets the stage for Philip Dawkins’ gently paced, poetic memory play “The Gentleman Caller.” Telling the imagined history of a true encounter between Tennessee Williams and William Inge shortly before either achieved success, “The Gentleman Caller” is a complex piece and would feel impossibly heavy were it not for the fact that Tennessee Williams (brilliantly performed by Rudy Galvan) narrates and guides the audience through the play with many a take, wink and chuckle. It’s almost impossible not to fall in love with Galvan in this role: his Williams grabs your heart from the first beat and carries it until the final curtain.

Inge (Curtis Edward Jackson) is harder to love or even parse in this play. Exactly half-a-second after Williams makes it clear to Inge that he’s gay, Inge attempts to rape him. It’s a tough thing for a character to bounce back from and, for my part, pretty much impossible to forgive. To be sure, he’s deeply traumatized, forcibly closeted and has been beaten down his entire life, but no traumatic experience is an excuse for attempted rape.

Imagined histories are tricky things. We know for sure that Williams and Inge met in St. Louis in 1944, and we know they met again in Chicago later that year. We know that Williams helped launch Inge’s career after Inge saw “The Glass Menagerie” in Chicago, and some historians speculate that they had intense sexual encounters over the course of those early months of knowing each other. We know that they walked the line between rival and friend for most of their lives, but we can’t ever know the true extent of their relationship. We can only extrapolate what we know of these men and speculate from there.

“The Gentleman Caller” is a lovely play, though not without fault. The direction is choppy, the pacing is off and the sound design in particular is pretty rough (it overwhelms and distracts from what could have been deeply poignant moments but for frequent tinny underscoring). Like most shows at Raven Theatre, it’s language-heavy, plot-light, and emotionally fraught. But Dawkins is the kind of writer whose words can transcend almost anything. He’s a poet and a visionary. His plays ring deeply personal and exquisitely vulnerable and “The Gentleman Caller” is no exception. (Emma Couling)