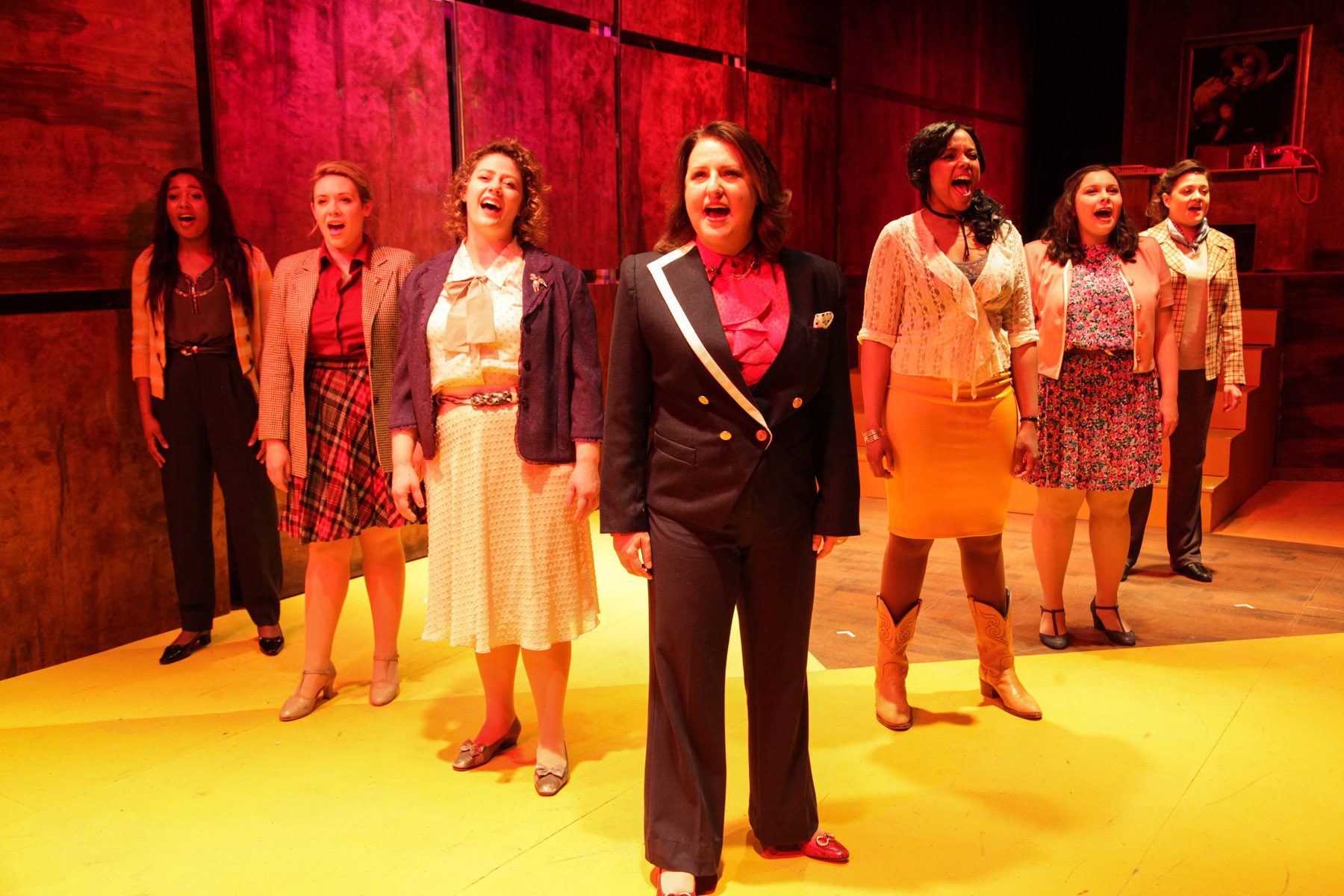 With Dolly Parton’s vital, underappreciated, fiercely relevant musical, “9 to 5,” first-time director (and Firebrand producing artistic director) Harmony France achieves many of her goals. This is an extremely progressive production that defies stereotypes, promotes femme friendships rather than pitting women against each other, and gives a versatile definition of what it means to be a woman in the workplace.

The intimate, stripped-down esthetic speaks to the piece’s musical sensibilities and takes away its cartoonishness, allowing the audience to go deeper into the realities of workplace harassment and bigotry. However, some directorial choices work against the emotional heart of Parton’s piece. Several moments are oddly staged and, early on, the play loses its urgency (but it is regained in the second act).

There is little dramaturgically that helps the audience establish where we are, in time or place, resulting in a distracting lack of world-building and missed opportunities for character development. Veronica Garza, as Roz, is mightily entertaining and keeps us on our toes. Her comedic timing is impeccable (I don’t think she missed a laugh all night), but the bits and gimmicks don’t always serve the larger narrative, undercutting the heart of a character who should—in keeping with Firebrand’s mission to shatter stereotypes—be treated as more than comedic relief.

Though the ride is bumpy, Parton’s music and the sheer talent of this cast and musical team drive this piece home. Sharriese Hamilton (Doralee) delivers a refreshing and disarming rendition of the Parton classic “Backwoods Barbie.” Anne Sheridan Smith, who both carries and grounds this production, gives a wholehearted performance as Violet, delivering a rousing, impassioned monologue that is the thesis, both of the piece and of the movement toward gender equality. Sara Reinecke (Judy) is a hell of a vocalist. Her powerhouse rendition of “Get Out and Stay Out” made me want to jump out of my seat and applaud. (I woo’d and I’m not a woo-er.)

To see the women of this piece form a united front against sexism, harassment and bigotry is profoundly moving, fully necessary, and at the heart of Firebrand’s essential mission. The production has its flaws, but I would choose it, every time, above work that lacks its passion and awareness. (Erin Shea Brady)