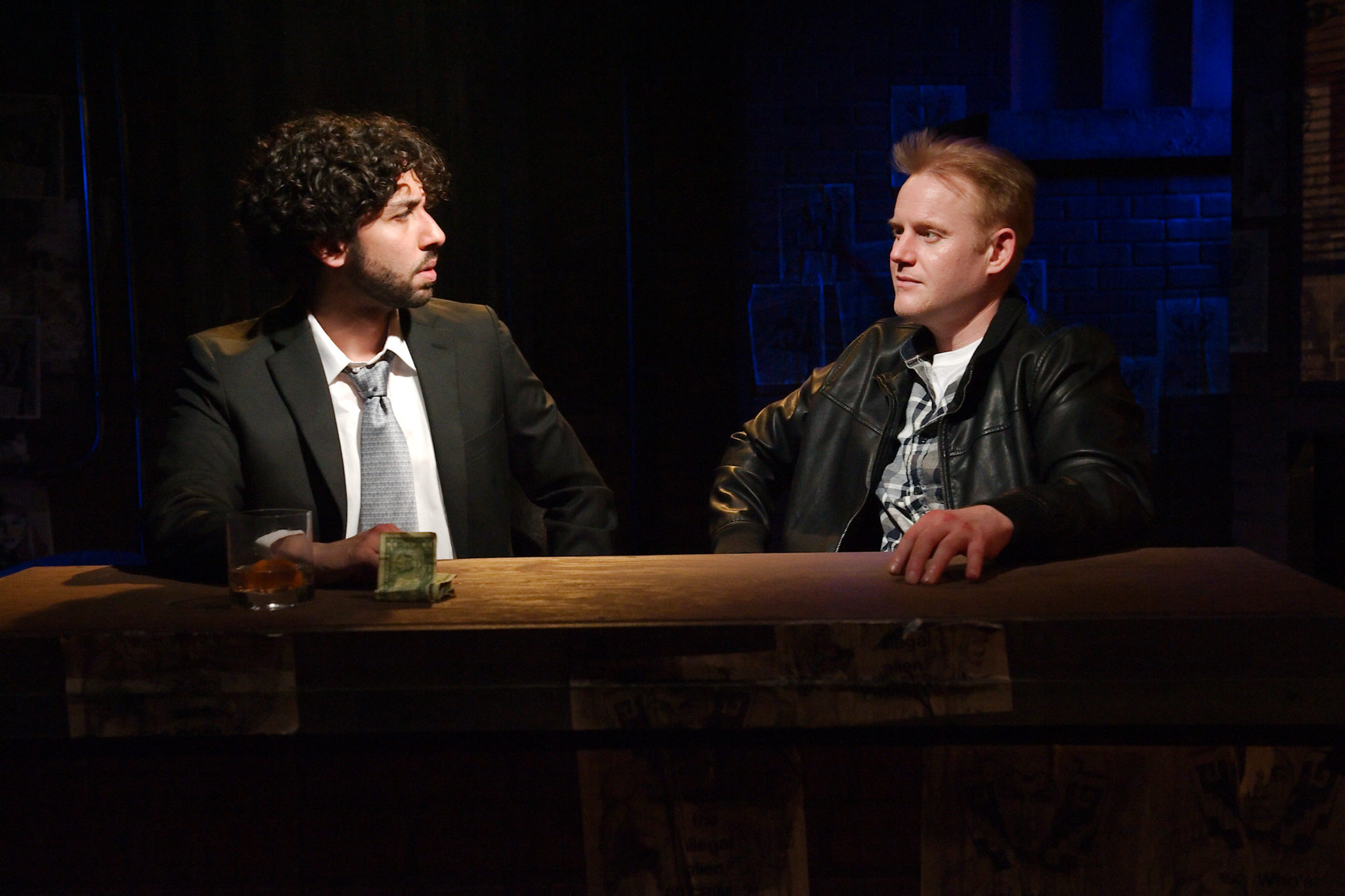 Ike Holter has been lauded as one of Chicago’s most exciting playwrights and “The Wolf at the End of the Block” exemplifies why. Holter captures our city’s story with honesty. It’s gritty and at times painful. Yet its undeniable plausibility makes it a modern masterpiece that examines the “us-versus-them” mentality, specifically in terms of black and brown people being distrustful of police.

Teatro Vista premiered “The Wolf at the End of the Block” last year. The intimacy of 16th Street’s space coupled with director Lili-Anne Brown’s vision make this production just as powerful as the premiere, if not more so. In this staging, monologues are almost asides as light focuses on single characters. At first, this element was jarring, almost questionable. The more it occurred throughout the show, the more it seemed to work. These light shifts not only brought distinct focus to each story but also a sense of isolation, knowing that each character has their own set of limitations, boundaries, and personal history they’re bringing into the larger political context, highlighted by a Twitter meme and Shepard Fairey’s Women’s March posters, which adorn the set.

The cast in this production is superb. Alberto Mendoza is vulnerable, awkward and charming as Abe, a Latino who’s been beaten up outside of a bar and decides to come forward. Gabriela Diaz fiercely plays Miranda, Abe’s sister who’s determined to find out what really happened to her brother. Stephanie Diaz brings balance and depth to Frida, a reporter who wants to bring Abe’s story to a larger audience and highlight the problem of unprovoked police brutality that’s seemingly reemerging. Tony Santiago brings humor and heart to Nunley, a deli owner who employs Abe, but also views him as family. Christian Isely is haunting as James, a cop who drinks too much, presenting him with a subtle authority that encapsulates the power dynamics of civilians and armed officers.

While the show illustrates issues of power—who has it and who doesn’t—there are no clear-cut solutions and big questions linger. Who are the wolves? Who are the sheep? Who are the martyrs? And who do we regard as heroes? (Mary Kroeck)