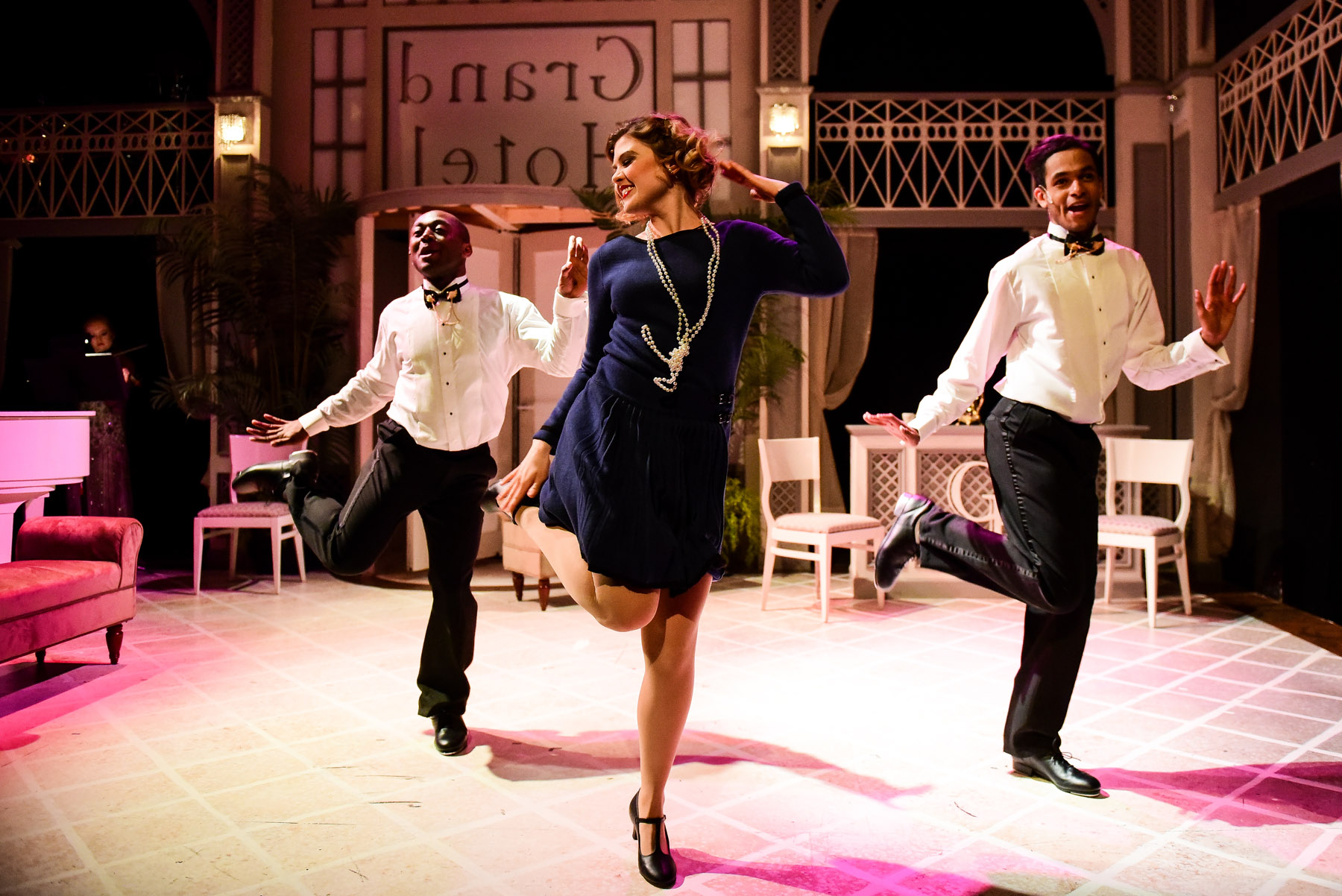 In his program note, “Grand Hotel” director John D. Glover asserts that the themes in this 1989 musical about the plight of overwhelmingly rich upper-class German folks has messages that are “all too relevant in our nation’s current social and political climate.” I spent most of the play trying to discover what he meant.

Set over the course of a single day at The Grand Hotel in Berlin, this musical traces the sometimes overly-dramatic struggles of a wealthy Baron, a has-been ballerina, an ambitious typist who dreams of becoming a movie star, and an ex-accountant looking to live his best life after being diagnosed with an unspecified terminal disease. The Baron convinces the accountant to invest in the American stock market, a stressful suggestion for the audience, given the year in which the play is set. The Baron also woos the typist but leaves her immediately for the ballerina after the ballerina discovers him attempting to steal from her (he convinces her that he’s not stealing, he’s just stalking, which to her is “charming” and to me was horrific). There’s a deadly encounter, a dramatic soliloquy delivered with a blood-stained shirt and an armful of roses. It is… pretty extra.

Most of the characters are stereotypes or caricatures, in particular the women and the people of color. There are serious tropes used, some quite racist, some quite sexist, some leaning toward anti-semitism. The only musical number that featured people of color was a tap-dancing jazz number harkening to the kinds of racism one can’t help but wish we’d moved very far past.

Frustratingly, the performances are incredible. As the problematic Baron, Erik Dohner’s voice soars through the space in a way that’s impossible to deny. Leryn Turlington’s performance as Flaemmchen, the typist, evokes Sutton Foster, not just in vocal quality and dance prowess but in charm and style. Jonathan Schwart’s Otto Kringelein, the accountant, is deeply sympathetic and masterfully danced. But the direction of this production, and the choice of this script, leaves them all treading water in a show that would have been better left on the shelves of a History of Musical Theater course.

In some stories it’s easy, of course, to see the parallels between the current political climate and the launch of the Second World War in Germany, but a narrative that focuses on the privileged is not the play to do it. Juxtapose this production against Haven Theatre’s recent “Fear and Misery in the Third Reich” and you’ll see how some scripts point out relevances and others seem to grasp for a point that isn’t there. This musical might have mattered in 1989 when The Wall fell. Now, it just feels like it’s kicking up the dust of what used to be considered helpful conversation thirty years ago. (Emma Couling)