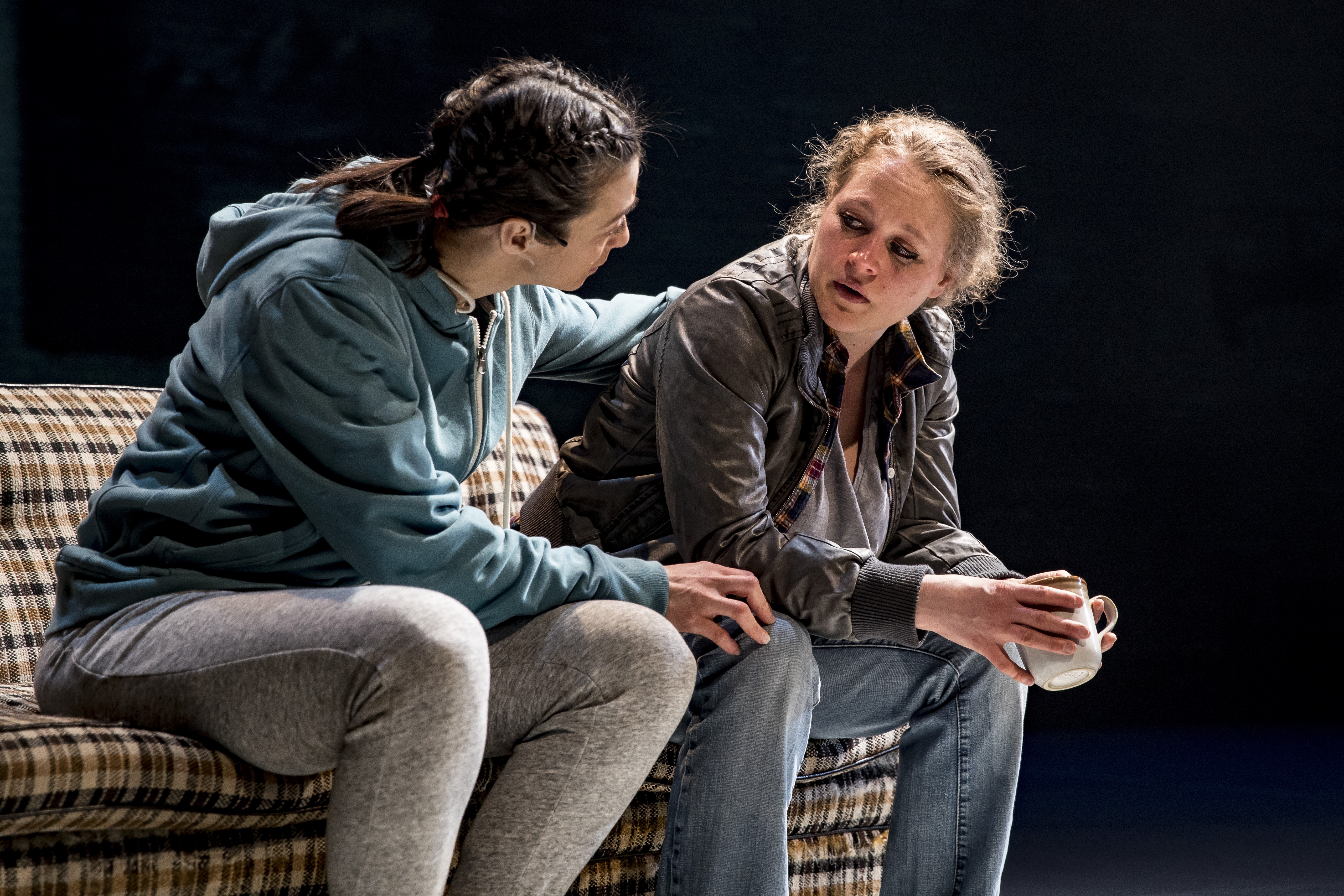 “Lettie” tells the story of a woman trying to reacclimate to society and re-form relationships with her children after being released from prison. It’s a compelling idea; we need more stories about incarceration and its lasting effects on individuals who have been imprisoned. The performances are lovely, and there are beautiful scenes of dialogue. But even at its best moments, “Lettie” feels unfinished and underdeveloped. The story is choppy, the set design is stark and blank (a trademark of Victory Gardens artistic director Chay Yew), the transitions are painfully lengthy and grind the emotional journey of the story to a halt. There’s a lot to be wished for.

But there’s a lot to be pondered. I wonder whether the sensation of being unfinished might have been intentional. As Lettie (Caroline Neff) navigates the new world of her life outside of prison, she comes up against a slew of questions from friends and family: “When are you going to finish your training program?” “Do you have a job yet?” “Have you gotten an apartment?” She responds with a constant refrain of “Soon,” a poignant reminder of how the systems are built to work against her and other people who’ve experienced imprisonment.

However, it’s frustrating that a company so well known for promoting stories with a social justice angle has produced a play that is focused on a white narrative. Especially when rates of incarcerated women of color are twice that of white women. Why not discuss mass incarceration in relationship to the people it affects most?

The more one delves into the racial dynamics of the story, the more concerning it becomes. Lettie has a best friend in her program, Minny (a role that is beautifully performed by Charin Alvarez), who is Latina, but it seems that her purpose is to teach and take care of Lettie, furthering the white narrative and perpetuating the problematic behavior of white women who demand emotional labor from women of color. Lettie’s daughter Layla (also brilliantly performed by Krystal Ortiz) is half Latina but her racial identity only comes up as a pathway to show Lettie’s brother-in-law’s racism, a plot point that remains unresolved and only scratches the surface of the toxicity of assimilation.

To make matters worse, it’s revealed that Lettie went to prison in the first place partially because of her relationship to Layla’s father, who was a drug dealer, playing into dangerous and harmful racial stereotypes. I expected more sensitivity and courage from Victory Gardens. (Emma Couling)