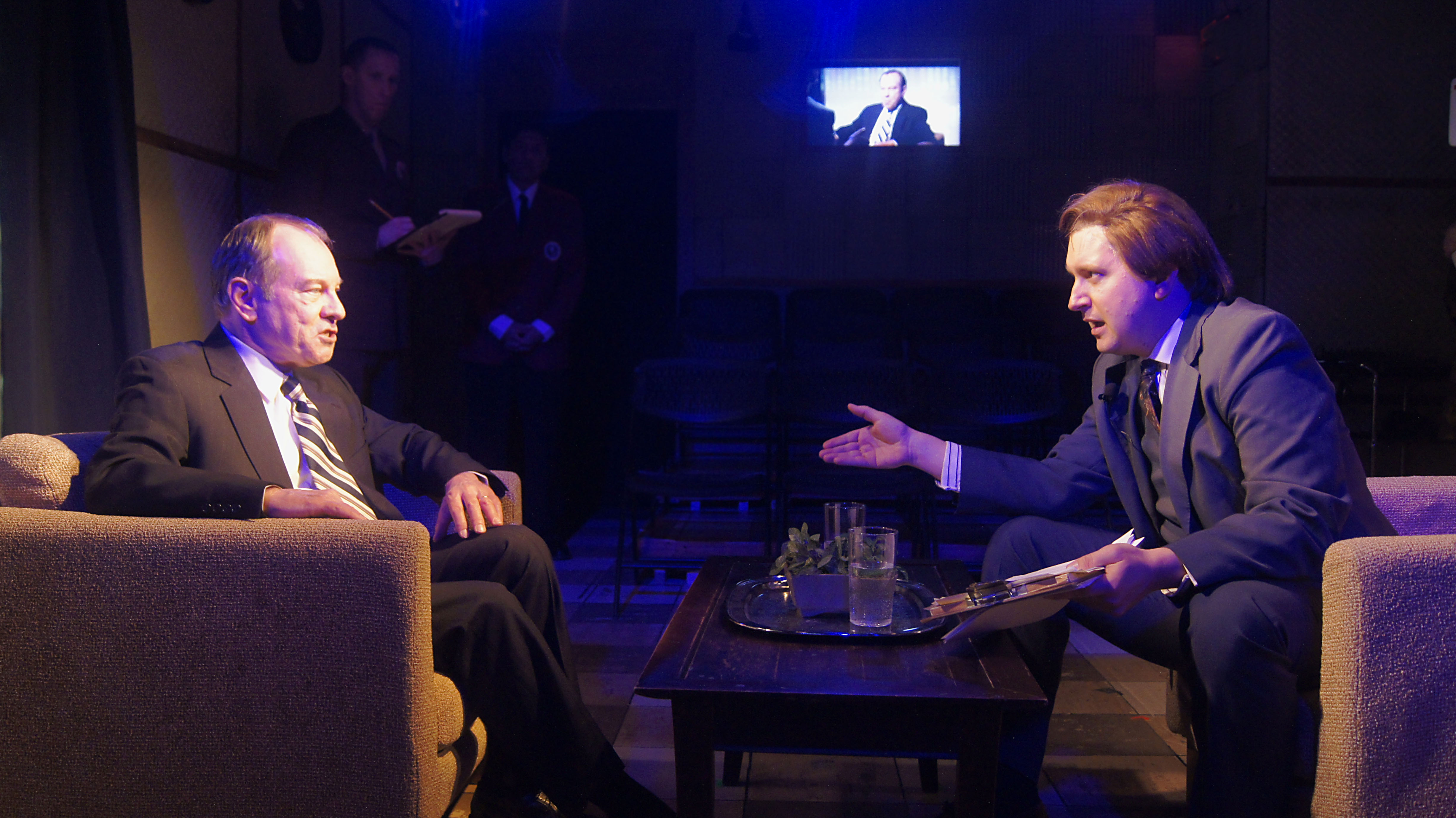 Set up like a prize fight (and even the title suggests a marquee match-up), “Frost/Nixon” (written by Peter Morgan) brings to life the historic interview between David Frost and former President Richard Nixon. Frost (played to wonderful effect by Jason Richards) is a has-been British talkshow host more famous in Australia than in the United States. In his corner is a slick television producer (Patrick Byrnes), a solid newsman (Brian McKnight), and a writer whose open hatred for Nixon serves as a focal point throughout the play (Mike Tepeli in a standout performance). The former president (Brian Parry, believable at every turn) is depicted as a cunning man with an unnerving ability to keep his adversaries off balance.

What Nixon desperately wants is a second act as well as extra cash to pay off legal bills. So he agrees to a series of interviews over several days with the final session devoted entirely to the Watergate scandal. The lead-up to these interviews has the feel of a classic fight movie with director Scott Weinstein setting the key pieces up like a chess board, then allowing the action to unfold at a natural, unhurried pace. The tension at times is palpable. Frost clearly wants Nixon to confess to crimes of obstructing justice. And in the end, maybe this is what the former president wants as well.

There is an undeniable trend in today’s theater to seek relevance between any presented play and our current messed-up political reality. Sometimes the link is obvious (as in Paramount’s recent production of “Cabaret”). Other times we labor too hard to make the connection. In this case the relevance is obvious, as Trump often resembles nothing more than a lesser Nixon (as evident by recent ramblings on “Fox & Friends”). Although it seems unlikely though that our current president will ever come close to confessing his political sins. (Noel Schecter)